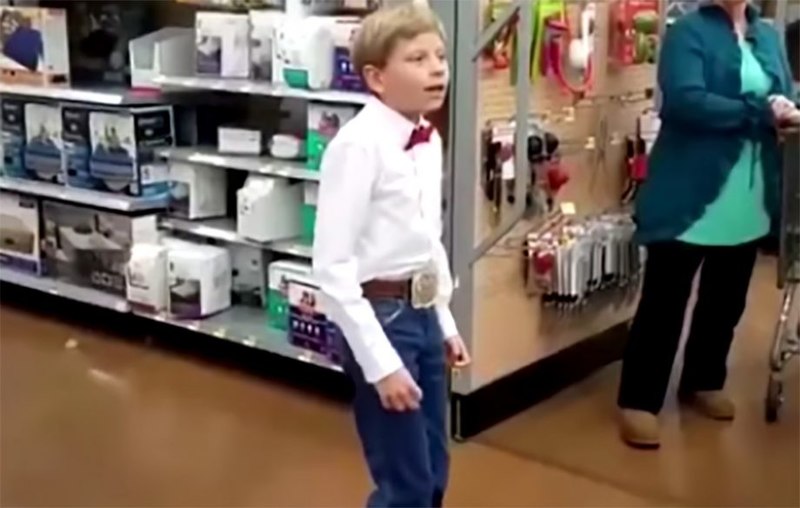 Before we get started: Yes. This is, in fact, the Walmart yodeling kid. Basically, this kid, Mason Ramsey, has a new project. It’s been approximately 4 and a half months since he went viral singing Hank William’s “Lovesick Blues.” Since then he’s been on Ellen, sang at the Grand Ole Opry, and showed up at Coachella. And that brings us to now: signed to Atlantic Records and with his own little EP (if you want to feel bad about yourself, now is the part where I tell you he’s 11) and he’s only 11. But, that’s kind of weird. And it comes up a couple times over this cute little record.

Okay, look, I don’t exactly know how to adjudicate yodeling. I don’t even know how to conjugate the perfect form of “to yodel.” But I think Mason is good? His voice is so cute, and he has just enough twang to charm and just enough vibrato to his voice that the pre-puberty squeak doesn’t aggravate the ears. The brevity of each song and Mason’s control of his higher range make each song floaty and smiley, like a Merle Haggard revival at a pre-school.

That revival aspect is kind of a theme here. It’s a six-song EP, three of which are Hank Williams covers. That’s not really a problem, especially considering it follows a long tradition of retreading standards on country records. Mason seems most at home in these more classical compositions, backed by a six-string and lap steel. Of course, his vocal style is an anachronism, so that it fits better with songs written when it was in vogue shouldn’t come as much of a shock. The only real misstep with these covers are the soulless backing tracks, which betray the learned 1940’s yodel with squeaky-clean audio recording and overbearing drum performances. His rendition of “I Saw The Light” feels appropriately southern, but it also feels somewhat animatronic, like the fiddle trio that serve as the intro could have been placed into any one of the songs on this record and fit just fine (admittedly this is rich coming from the guy who said nice things about Culture II, but still the record execs at Atlantic could’ve thrown Mason a bone here).

To the shock of few, “Lovesick Blues” takes center stage on the record. But hearing it outside of the bounds of the absurd twitter video really highlights just what made it so strange in the first place. Hank Williams was a tortured soul, whose struggles with monogamy and love are frozen in time on wax, with a yodel and record scratches. Let me reiterate an earlier point: Mason Ramsey is 11 (actually he was 10 in April, but that’s neither here nor there). “Lovesick Blues” is the blues of being a sugar daddy and having your (what’s an appropriate pejorative term for woman who use sugar daddies?) leave you. I don’t remember everything about being 11, and I sure as hell have never yodeled in a Walmart, so I can’t speak for Mason, but I don’t think he has gold diggers (found it). When Mason Ramsey calls himself “lil Hank Williams” on twitter and Instagram, it’s cute. But also, it’s weird, bro. Hank is immortalized as a dog, a man battling alcohol and his own talents. Mason is immortalized in his innocent impression of a man frozen in adulthood, the words of a man crying over his lover out of the mouth of a boy who hasn’t grown in all his adult teeth. I don’t think Mason is so naïve to not understand Hank’s horny yodeling, but I also don’t think that the spectacle of Mason masquerades the unreality of his performance. He channels the blues without knowing them.

All this not to mention his original pieces. Two of them were released as singles prior to the EP. The odd one out is “Yo Da Lady Who” which honestly is a clever enough pun that I can ignore the whole polemicizing part. The other two, “Famous” and “The Way I See It,” insist on having Mason talk about marriage and committed relationship. It’s all nice and charming to an extent, but Mason is clearly not writing his own songs. This isn’t a problem necessarily: he’s a vocalist, not a writer, and he is obviously benefitting from being in Atlantic’s studios, but that means that, when he’s not picking his covers, he’s being fed words. Adult words that speak to this predetermined future for Mason, that a wife is the most he should aspire to. Or that hearing him say it, in his innocence, affirms their reality, like a cupid with cowboy boots. As far as just songs, they both work well, although Mason has a delivery that’s too quick for him to truly belt the songs out. Likewise, garnished with electric guitars and a quick backbeat, they each have a modern country feel: very radio ready and certainly catchy, but seemingly missing out by not digging in to Mason’s schtick.

Mason Ramsey is adorable. He’s a sweet kid who yodels because of his grandpa, who flew on an airplane for the first time to be on Ellen. There’s just that feeling, like goose bumps when you realize you aren’t wearing a seatbelt a second too late. Mason’s voice is clean. Literally, because he’s a practiced singer. But also in a chaste sense: he sounds pre-pubescent, in the way that puberty stains as well as grows. Adulthood sounds good through Mason: monogamy, paparazzi, and some sweet tea. I’m not an adult or anything, but to my ears, this is an album about adulthood in a universe with Santa. And it’s beautiful in its sunshine, but terrifying in the same way. 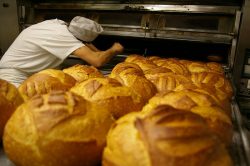