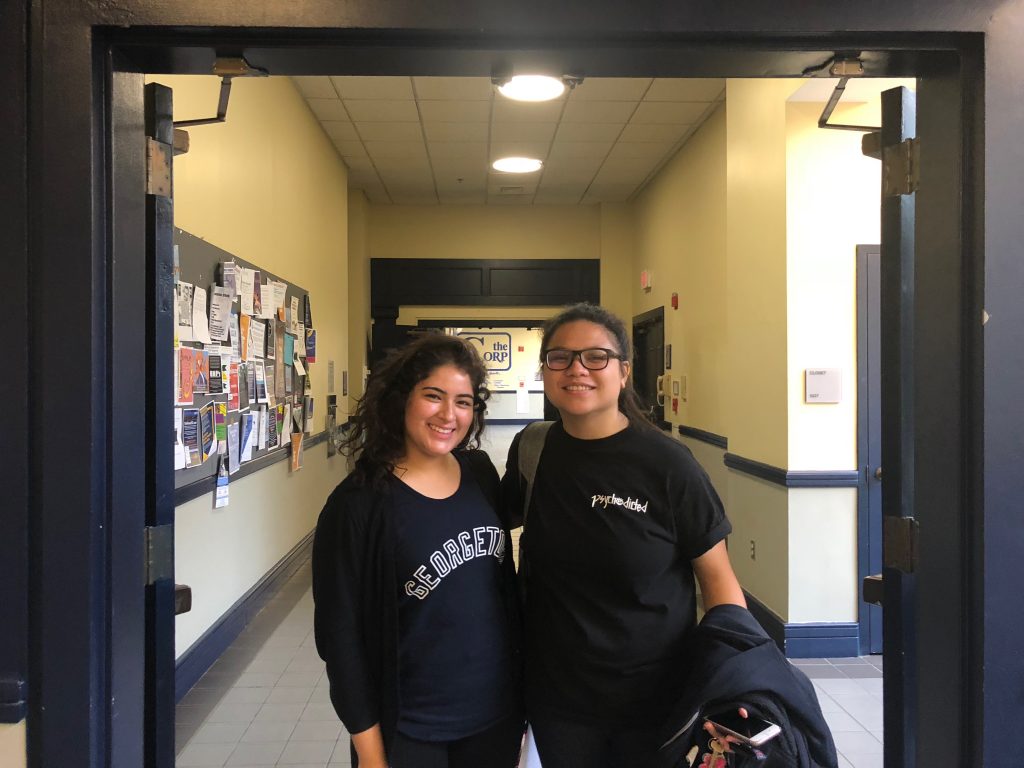 The Community Scholars Program (CSP)—a university program that provides first-generation students with resources, both academic and financial, throughout their four years at Georgetown—celebrates its 50th anniversary this year.

The program helps new students, especially first-generation students, adjust to what can be a radical change. For Roberto Cabrera (COL ’19), Georgetown was unlike any community he had been a part of before. “Coming as a first year, I experienced all kinds of culture shock. I experienced financial shock, racial shock,” he said. “I felt like I didn’t belong. I felt like an outsider.”

Community Scholars spend five weeks of the summer before their first year enrolled in two classes. Students take one English course and another related to their major to help them acclimate to a collegiate environment.

CSP is a part of the Center for Multicultural Equity and Access (CMEA) and often collaborates with the Georgetown Scholarship Program, an organization which offers support to first-generation and low income students; students in CSP utilize resources from both programs.

Apart from the summer courses, the CMEA and CSP provide resources that extend beyond the confines of the classroom.

Dalila Cuevas Rodriguez (SFS ’21) benefited from CSP’s emphasis on institutional guidance, noting specifically the “strong relationship” she has established with her dean through the program. During its existence, the program has demonstrated this dedication to establishing a network for its students to use throughout their time on campus and beyond.

Charlene Brown-McKenzie (COL ’95), director of the CMEA and alumna of CSP, attributes her college successes to the assistance provided by the program. “I would say the close advising from our deans in the college and advisors in the program really was the tool that helped me to persist and graduate,” she said, “because I was coming in with different skill sets and recognizing that I would need to have a system of support to feel like I could be successful here.”

For some students, starting at Georgetown is challenging, even with the help of CSP. Originally from a majority Latinx community, Briseyda Neri (SFS ’22) felt out of place when she first arrived at Georgetown. “I would describe CSP as dipping my toe in the water in a sense because it didn’t really represent the entire population of the school,” she said. “I say it’s like a dip in the water because once I got here for actual NSO, it was predominately white. I’ve never been in a situation where I am actually the minority.”

Twenty years after graduating, Brown-McKenzie said the program has evolved into one that allows scholars to feel even more welcomed into Georgetown’s community. “As the program has gotten more robust, we hope students navigate those multiple spaces so that Georgetown is truly a community in diversity and that the fullness of the Georgetown experience can be theirs,” Brown-McKenzie said.

Cabrera believes the shared life experiences, similar backgrounds, and a shared introduction to the Georgetown community has helped Community Scholars foster close bonds. “The Community Scholars Program definitely provided me with my closest friends here on campus, and that is something that I will take with me after Georgetown,” he said. “Those will be my best friends for the years to come.”

The strength of community and of the resources provided by the program is illustrated by the success enjoyed by scholars. The national graduation rate for first-time college students at private universities is 62 percent. Students in CSP outperform their peers, with 91 percent of enrollees in the program graduating.

CSP originated in 1968 during a time of heightened racial tensions in the city and the country. That year saw the assassination of the Rev. Dr. Martin Luther King, Jr., sparking civil unrest across the U.S. in the wake of his death. In Washington, D.C., protests lasted for days as the city’s black community demanded social equity and improved living conditions and brought their anger with the status quo to the forefront of the District’s consciousness.

Recognizing the university’s need to better engage with its community, the program initially welcomed students from underserved areas in the District. CSP has expanded over the decades and now attracts students from all over the nation, including U.S. territories such as Puerto Rico and Guam.

Even though she is far from her native Guam, Marah Rosales (COL ’22) has found that CSP cultivated a welcoming environment as she transitions to her new home at Georgetown. “Even if I wasn’t able to talk to everyone in CSP, I know that if I see their face in the hallway, or outside in the campus, I feel a sense of community,” she said. “I know that they’re always going to be there to support me because we are all going through the same things.”

As another first year, Neri acknowledges the significance CSP has played in her life as well, and it is something she wants to preserve at Georgetown.

“CSP provides that community that we talk about. It’s not something that can be written down on paper—it’s something that’s felt,” she said. “Just being part of this community makes me want to give back, keep this program alive because it has done so much for me.”

Faculty members, as well as students, find the program rewarding.

Academic Director of CSP Elizabeth Velez (GSAS ’83) has worked with the program for 38 years. She is also a professor in the Women and Gender Studies program and fell in love with CSP during her first years at Georgetown. “If I could have just made up a job that would have been the best job of my life, it’s this one,” she said. “Working with these students is just a joyful experience, in the classroom, out of the classroom”

Devita Bishundat, director of CSP, views it as a major asset to the Georgetown community as a whole. “The Community Scholars Program is Georgetown at its best. It lives out many of the Jesuit values including academic excellence, cura personalis, and community in diversity,” she wrote in an email to the Voice. “It truly is the soul of Georgetown.”

With the commemoration of its 50th anniversary, the CSP community hopes there will be plenty more scholars to walk through its door.

“The care they pour into one another is nothing short of beautiful,” Bishundat wrote. “The Scholars go on to be change makers on campus and beyond the front gates, and to say we’ve been doing this for 50 years now is a gift—one worth celebrating.”