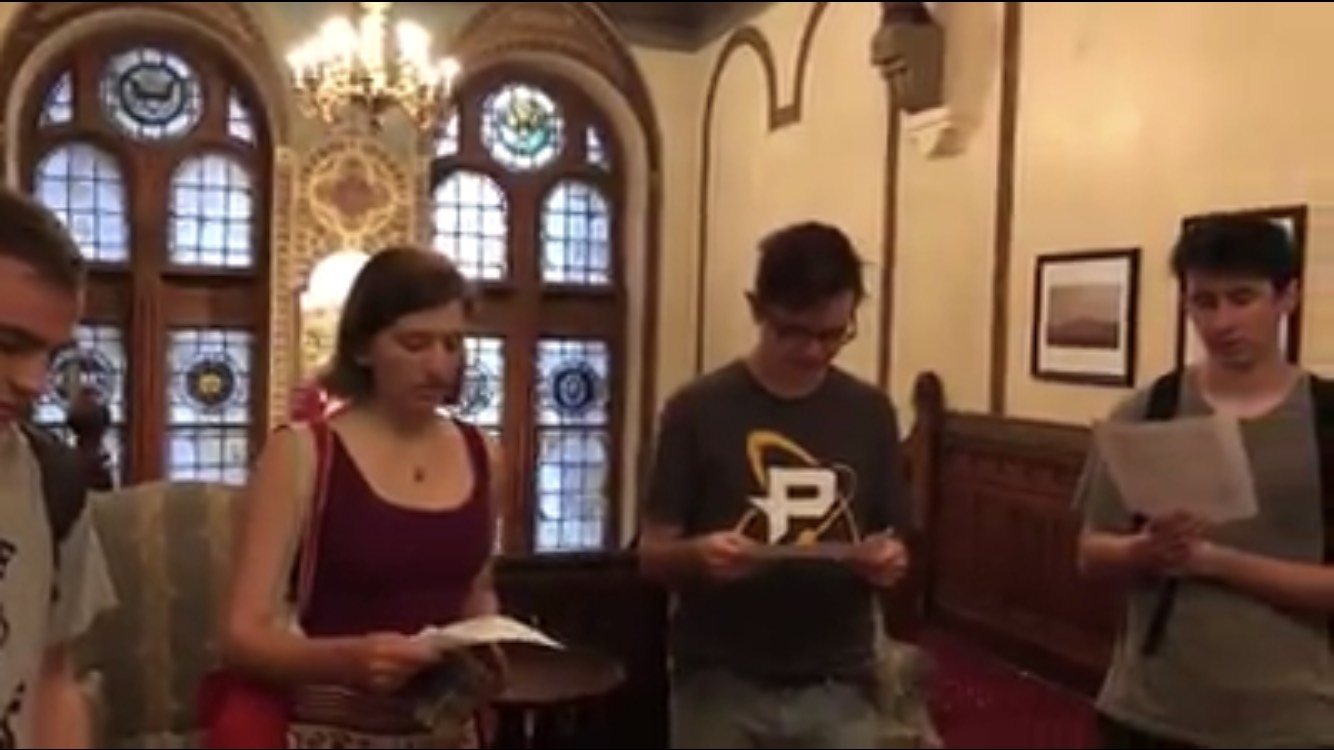 Students gathered in Red Square Sept. 14 to deliver a petition calling for the university to revoke the honorary degrees held by Cardinals Donald Wuerl and Theodore McCarrick, two priests involved in high-profile sex abuse scandals in the Catholic Church. Wuerl and McCarrick received their honorary degrees in 2014 and 2004, respectively.

The petition, which had 1,323 signatures as of Sept. 19, additionally demands that the university openly condemn both church leaders, and that it call for Wuerl to resign from his current position as the Archbishop of Washington.

McCarrick, the former archbishop of Washington, resigned from the College of Cardinals in July after allegations that he had abused minors for years came to light. Shortly after, a Pennsylvania grand jury published its Aug. 14 report on sex abuse in six Pennsylvania dioceses.

McCarrick also has ties to the university’s Berkley Center for Religion, Peace and World Affairs, which lists him on their website as a contributor, “to one or more of our events, publications, or projects,” and not directly affiliated with the center.

Wuerl is one of the most prominent figures implicated in the report. He served as the Archbishop of Pittsburgh from 1988 to 2006, and has since served as the Archbishop of Washington, D.C. During his time in Pittsburgh, the report alleges, Wuerl was involved in the Catholic Church’s systematic concealment of sex abuse cases in Pennsylvania, allowing confidential settlements and hush agreements between the diocese and victims of sexual abuse by priests.

For Grace Laria (SFS ’19), who helped deliver the petition on Friday, it is imperative that the university officially and openly cut ties with the two cardinals. She is frustrated by what she said was a weak response by the university to the scandals, noting that several other schools, including Catholic University, have already revoked honorary degrees held by McCarrick.

“I think that it’s disturbing for me, as a student at Georgetown and a member of the Catholic community, that we’re falling behind, in a lot of ways,” Laria said. “What are we doing as a Catholic institution, and not standing up for what we know is right?”

President DeGioia sent a university-wide email Sept. 4, reflecting on what he called “the horrific revelations” on sex abuse in the Catholic Church.

“This systematic failure demands accountability on the part of the Church and discernment in our Georgetown community about our appropriate response,” DeGioia wrote in the email.

The administration did not release any further official response to the scandals.

Rev. Mark Bosco, the vice president for mission and missionary, wrote an op-ed in The Hoya the next day. “In the political disintegration that we witness cascading across the world,” Bosco wrote, “Georgetown must be a sanctuary of dialogue.”

Austin Rose (COL ’18) says that discernment and dialogue are necessary responses to these events, but they are not enough. After Bosco’s piece in The Hoya was published, Rose and several other alums reached out to Bosco, personally asking for further action by the university. When none was taken, Rose created the petition and contacted Laria.

“These are relatively simple steps that can be taken, and they are important because they send a message of zero tolerance for abusers and those who cover up abuse,” Rose wrote in an email to the Voice. “Frankly, it’s hard for me to see why they wouldn’t do this.” 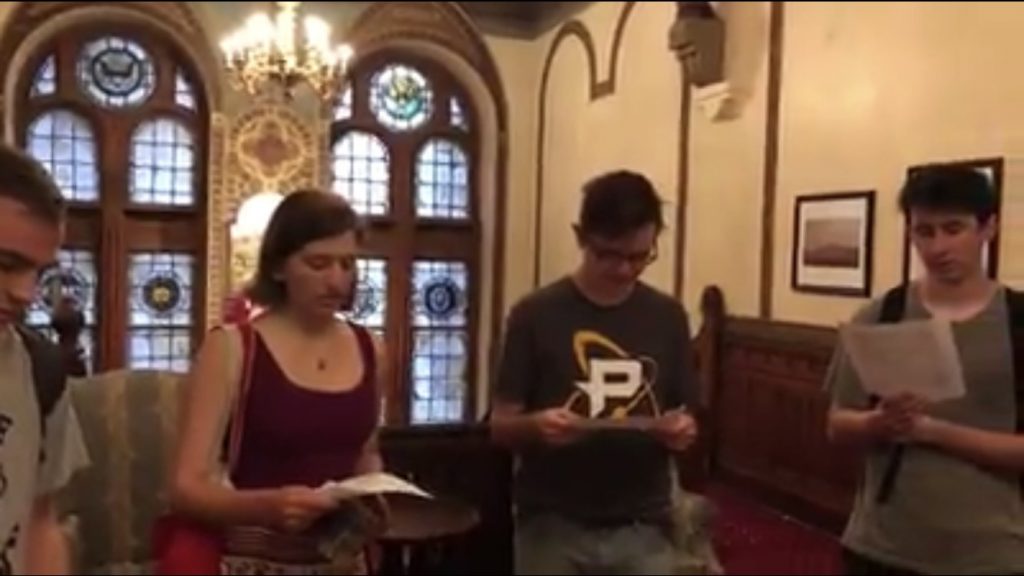 Both Laria and Rose spoke at Red Square on Friday morning, surrounded by a crowd of students and alumni. The group then walked to the president’s office to deliver the petition.

“Georgetown is missing a critical opportunity to set an example for the next generation of Catholic leaders with its silence,” Laria said in Red Square.

Rose wrote that he was impressed by the range of student involvement he saw on Sept.14. “People from all types of student organizations have banded together on this issue,” he wrote. “Some coming from outside the Church, and some from within.”

Laria and Rose spoke with Vice President Joseph Ferrara when they delivered the petition, who they described as responsive to their concerns. The petitioners gave the university a Sept. 21 deadline to revoke the honorary degrees.

In a Sept. 17 statement to the Voice, university spokeswoman Rachel Pugh wrote that DeGioia’s Sept. 5 email described university procedures to address the grand jury report and the allegations against McCarrick.

“This includes an honorary degree review process,” Pugh wrote. It is unclear if this review process has concluded, or if it will be made public.

Laria delivered Romero’s words to the president’s office, alongside the petition.

Correction: An earlier version of this story said the university had missed the petitioners’ Sept. 14 deadline. The deadline is actually Friday, Sept. 21.