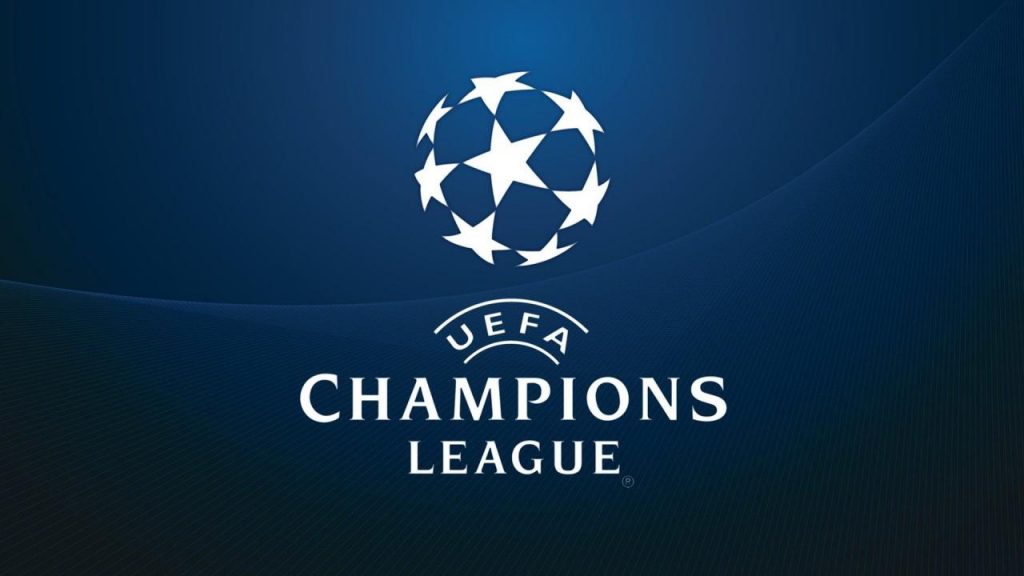 I’ll admit that this round snuck up on me with the international break and the drama in the United-Chelsea match over the weekend, but the Champions League is still back, so we’ll do our obligatory check-in with all of the teams.

Borussia Dortmund: They were the better team, created the better chances, and were rewarded with the three points in the end. They’ll need to start the second half better, but the way Dortmund finished the match off showed just how much attacking quality they have. Impressively done from them, and a deserved place at the top of the group.

Club Atlético de Madrid: We saw it pretty clearly last year with Atlético dropping into the Europa League. This isn’t the same team that scrapped its way to the final in 2014 and 2016 and pushed Real Madrid to extra time on both occasions. They just lost 4-0 and hardly tested Roman Bürki in goal. No one is scared of them anymore.

AS Monaco FC: It was a good finish from Sylla that put Monaco ahead, and they could have been two up had Sylla managed to hit the target after taking the ball past the Brugge goalkeeper. But their marking on crosses was woeful. Kamil Glik was outmuscled at for the goal, and Loïs Openda had a free header at the death that would have won it for Brugge had he hit the target.

Club Brugge: These are two massive points dropped for the Belgian side, especially at home, both for the lackluster finishing and for letting Aleksandr Golovin run straight at the defense before slipping Moussa Sylla in for Monaco’s goal. Not a great look for the Belgian side.

Tottenham Hotspur FC: Spurs are in absolute shambles at the back. First, Toby Alderweireld gives the ball up for Hirving Lozano’s opener. Then, Hugo Lloris gets sent off after a bad giveaway in midfield, and then they don’t track their man after clearing a free kick for Luuk de Jong’s equalizer. Going forward, there isn’t much creativity; all the best chances are from free kicks and crosses. Yes, they can feel hard done by the referee: The red for Lloris looked harsh and Davinson Sánchez had a goal disallowed for a reason I can’t figure out, but is this really one of the best four teams England can offer?

PSV Eindhoven: PSV didn’t deserve to get a draw from this match, but they did, and that has to count for something. Additionally, they get to play Tottenham again without their leader and captain, but they’ll need to fix their set-piece marking if they want to leave London with a result.

Liverpool FC: Not too much to complain about for Liverpool. Business as usual with a 4-0 win, and each of the front three grabbing a goal. Daniel Sturridge looked good off the bench as well, and it’s always a good sign when you hammer a team you’re supposed to hammer.

SSC Napoli: Everyone’s known for years not to let Ángel di María cut inside on his left foot the way he did for his stoppage time equalizer, but Mário Rui gave him a bit too much space to pull that off. That being said, David Ospina played well, and Rui was extremely unfortunate with his own goal, and Dries Mertens hit the crossbar early on in the match, which seems to be a pattern for Napoli. At the end of the day, it’s a huge point in Paris for the Italian side.

Paris Saint-Germain: They were beaten too easily for Lorenzo Insigne’s opener, and Alphonse Areola only just got his hand to Mertens’ late header that could have put the game to bed. They were the better team, but they really missed Thiago Silva’s presence in the backline. In addition, Kylian Mbappé and Edinson Cavani struggled in front of goal, and they’ll need to be more clinical to advance from this tight group.

Red Star Belgrade: He may have conceded four, but goalkeeper Milan Borjan made a few top-class saves, none more impressive than Sadio Mané’s penalty. It’s obvious that the rest of the team isn’t ready for this level of competition, and really they were lucky to only concede four.

FC Porto: They had no business being in the match after the way they started, giving away a bad penalty and then surviving a scramble in the box. From there, though, they were the better team on the night, and the Mexican in me is buzzing that both Héctor Herrera and Jesús “Técatito” Corona both started and scored.

FC Schalke 04: Better finishing from either Yevhen Konoplyanka or Breel Embolo gives Schalke the win, but it’s still a good point in a tough place to play. They looked much better going forward than they have in the previous rounds.

Galatasaray AŞ: Oh boy, did Fernando Muslera dodge a bullet. An embarrassing own goal was wiped away because Embolo was offside, but once again, Galatasaray was exposed as distinctly average. Not even their rabid fans could help them over the line this time.

FC Lokomotiv Moscow: I don’t know who their finishing coach is, but they need a new one. And once Éder (yes, Euro 2016 hero Éder) pulled down a Porto player off the ball on a corner to give away a penalty, the Russian side was awful. Add on a red card for Solomon Kvirkvelia, and there is no way the first half of the group stage could have gone any worse for them, though at least they managed to score this time.

AFC Ajax: They wore the beautiful black and gold kits again, and this time, they managed a last-gasp winner Noussair Mazraoui, aided by a big deflection. That being said, David Neres needs to take better care of his cutback, and the team in general needs to be more clinical if they want a real shot at this competition. They faced some inspired goalkeeping, but the finishing left much to be desired from the Dutch side.

FC Bayern Munich: It ended up being a fairly comfortable win for Bayern in the end, but in the first half, Mats Hummels and Niklas Süle were beaten far too easily by a ball over the top. That’s unacceptable defending from the German champions, who still look lackluster in attack.

SL Benfica: Another big round of applause for goalkeeper Odisseas Vlachodimos for his performance, making brilliant saves constantly against the attacking onslaught from Ajax. The rest of his team struggled though, and on the occasions they did threaten André Onana’s goal, they were too cute with their finishing.

AEK Athens: You can’t succeed as a minnow in this competition without taking your chances when they come. Athens were guilty of it last matchday against Benfica, and when presented with opportunities in front of Manuel Neuer’s goal, they fall short. The result isn’t disappointing, but the fact that they could’ve made it more difficult for Bayern was.

Manchester City FC: More scintillating attacking from the Citizens, and they’re back on top of the group where they belong, even playing a “rotated” side if we can call any side Pep Guardiola puts out rotated. Kevin De Bruyne returned from injury, and David Silva again was brilliant. The only worry is that Gabriel Jesus and Riyad Mahrez occasionally looked off the pace of the rest of the team.

Olympique Lyonnais: They were great going forward, and even then Lyon could’ve been more clinical and put the match out of reach early. The issue is that they let Andrej Kramarić control two crosses on his chest from six yards away.

FC Shakhtar Donetsk: You can try to complain all you want, but they were beaten by a team that might be playing the best soccer in Europe right now. Maybe they could step a little harder on Bernardo Silva’s goal, but there really wasn’t much else they could do.

TSG 1899 Hoffenheim: They’ve led in all three Champions League matches in the group stage, and they recorded 26 shots to Lyon’s 12, but they still conceded three. For the first, the ball was given away on the edge of the penalty area, the second hit goalkeeper Oliver Baumann’s arm on the way in, and the third was a ball over the top. Their attackers really deserve better because they could conceivably have seven points instead of two.

Real Madrid CF: Real’s finishing didn’t really get any better, as Sergio Ramos hit the post with a completely free header, but Karim Benzema managed to put on away and Marcelo chipped home a second that just about got Madrid over the line. They’ll worry that they couldn’t score more despite the chances created, as well as the fact that Marcelo hobbled off the field. Not a good sign for a manager on the ropes.

AS Roma: This team is good because Edin Džeko may be the most clinical striker in Europe right now, but until Džeko’s first goal they were on the ropes. The victory has as much to do with goalkeeper Robin Olsen as it does the attack.

PFC CSKA Moscow: Once they conceded the third, they fell apart, and Roma continued to pile on pressure. It’s unfortunate for Moscow because they played so well against Real Madrid in the last round, but they crumbled back down to earth, and the Europa League place.

FC Viktoria Plzeň: He may have scored in the end, but the match becomes completely different if Patrik Hrošovský scores his sitter at the end of the first half instead of skewing his shot over the bar from three yards out. It would have been 1-1 at halftime, and with the Bernabéu already nervous, Plzeň may have been able to sneak away with a draw.

Juventus: They pressed well in the first half, but other than a blast from Cristiano Ronaldo in the 51st minute, the Italians were content to sit on their 1-0 lead. It worked, for the most part, with the only real scare coming from Paul Pogba’s shot off the post, but they need to show more of a killer instinct for later in the competition.

Manchester United FC: After all of the progress made from the comeback win over Newcastle and the proactive showing at Stamford Bridge, the Red Devils returned home and created nothing. Pogba nearly equalized with his half chance, but United simply lacks the quality to break down a top defense, especially one with as much knowledge of the dark arts as Juve’s.

Valencia CF: They scored on a very calmly taken goal from Michy Batshuayi, but otherwise they were played off the pitch, particularly as the match wore on. It took Neto’s fingertips turning a header onto the post in the dying moments to preserve the point, and unfortunately, last year’s fourth-place finish in La Liga has to be seen as a fluke. They don’t belong at this level.

BSC Young Boys: This was a golden opportunity to sneak into the Europa League spot with Valencia on the ropes, but a poor defensive mistake let Carlos Soler latch onto the loose ball and play Batshuayi in, then the finishing at the other end wasn’t enough to make the difference.

We’re halfway through now, and realistically, this is turning out to be a fairly boring group stage. We aren’t really looking at any situations where a group is competitive (with one notable exception). Hopefully, the tournament improves from here.