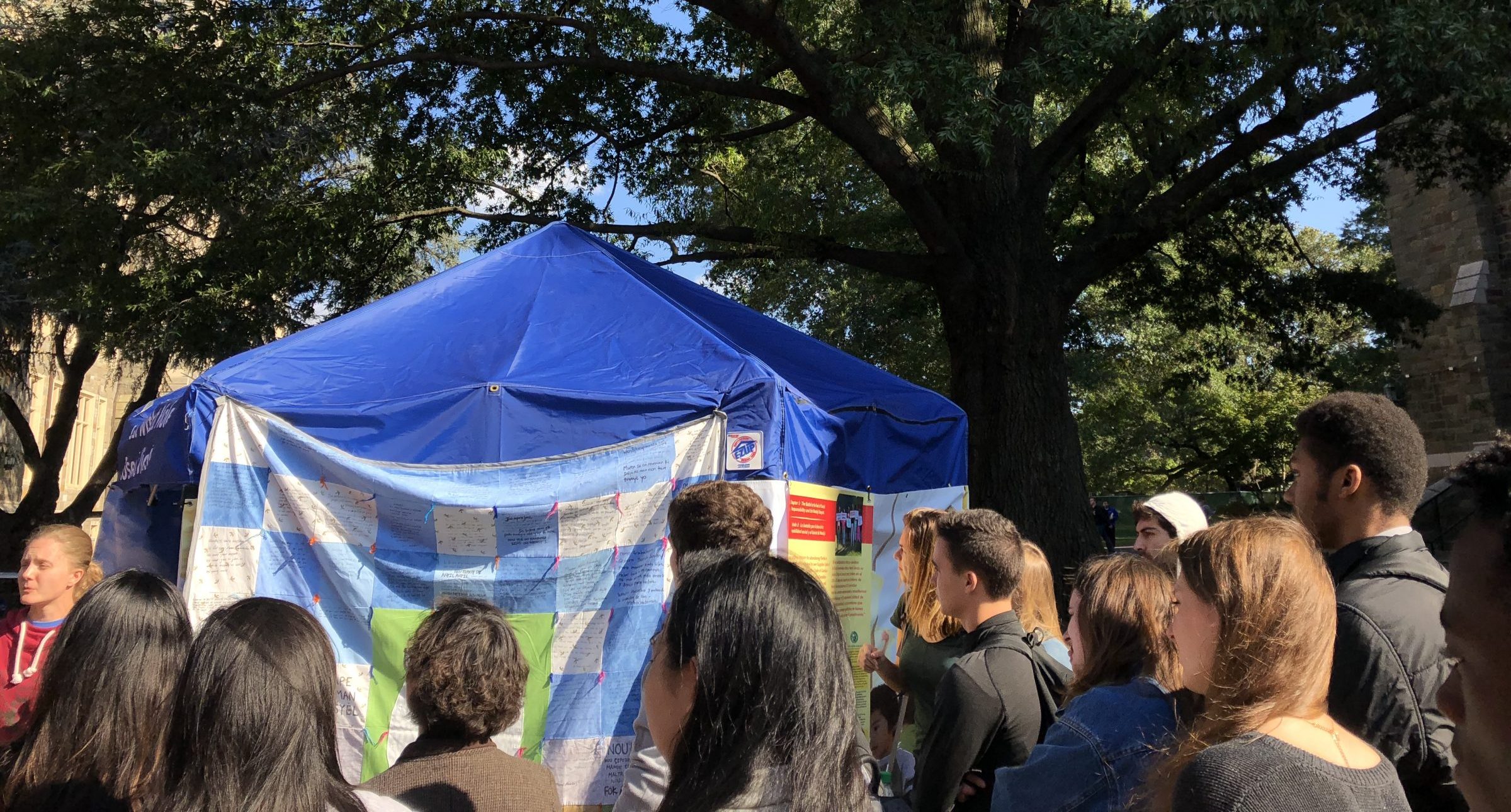 The Coalition of Immokalee Workers (CIW) presented an exhibit entitled “Harvest without Violence” in Red Square on Oct. 23 to call attention to the issue of sexual violence in the agricultural industry.

The exhibit focused primarily on the work of the CIW’s Fair Food Program (FFP), which aims to end abuses against female farmworkers in the United States and Mexico.

Ben O’Hara (SFS ’21), a member of the Student/Farmer Alliance Steering Committee, outlined the FFP’s goals and methods in an email to the Voice.

“It protects farm workers from wage theft, sexual violence in the fields and pays them an extra penny per pound of tomatoes they pick,” O’Hara wrote.

Invited to Georgetown by the Kalmanovitz Initiative for Labor and the Working Poor, the exhibit consisted of a tent with informational banners and a quilt handmade by women agricultural workers.

The exhibit featured tours of the tent in Spanish by Silvia Perez and Silvia Sabanilla, national leaders of the farmworkers’ movement, and in English by Marley Moynahan (SFS ’11), a staff member at the CIW.

Fourteen major produce buyers, including Aramark, Walmart, and McDonald’s, are partners of the FFP, which binds them to labor standards outlined in the Fair Food Code of Conduct.

Since its creation in 2011, the FFP has added $26 million to farmworkers’ wages, educated 220,000 laborers on their rights, and resolved more than 2,000 worker complaints, according to the program’s website. Moynahan pointed to these accomplishments, as well as international media and government recognition, as evidence of the FFP’s effectiveness.

“We’ve been able to see some pretty remarkable changes happening in the fields where this program is being implemented,” Moynahan said.

“Harvest without Violence” also addressed the power of consumer choices. DC Fair Food, the local chapter of the Student/Farmworker Alliance, is partnering with CIW to promote a nationwide boycott of Wendy’s, one of the largest food corporations that has not yet joined the FFP.

“Wendy’s is the only major fast food company that still refuses to uphold farm workers’ human rights by joining the Coalition of Immokalee Workers’ Fair Food Program,” read flyers passed out at the exhibit. A rally coordinated by DC Fair Food, will be held at 12 pm on Oct. 27 at the Wendy’s on Georgia Ave. in Columbia Heights in protest.

There are other channels through which students can learn more about the CIW and FFP. DC Fair Food assists with trips to CIW events in Immokalee, Florida, and sponsors educational campaigns throughout the year. O’Hara addressed Georgetown students’ eagerness to engage with these types of issues.

“I think Georgetown as a Jesuit university attracts many students that care about workers’ rights and want to support causes that advance justice for the most vulnerable people in our society,” O’Hara wrote. 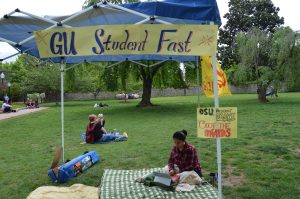 Students fast in support of protest at Ohio State