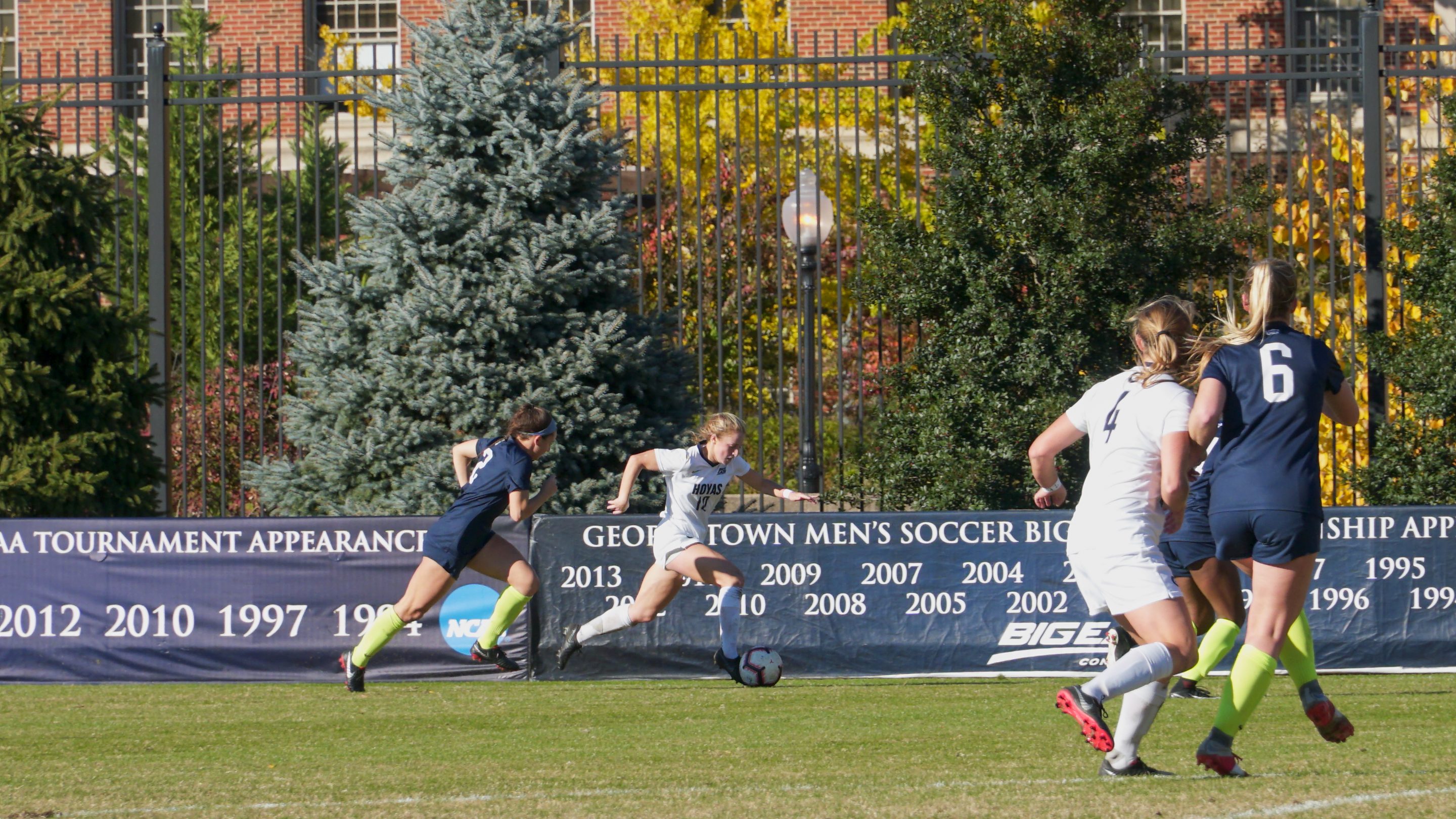 The No. 2 Georgetown women’s soccer team (17-0-3, 8-0-1 Big East) will take on the Central Connecticut State Blue Devils (16-1-2, 8-0 Northeast) this Saturday at 12 p.m. ET in the first round of the NCAA Tournament at Shaw Field. Following one of the most successful regular seasons in program history and a three-peat of the Big East Championship, the Hoyas earned a 1-seed, which guarantees home-field advantage through the Elite Eight of the tournament.

“It was a big goal of ours to three-peat,” Georgetown Head Coach Dave Nolan said. “That was the next step in the puzzle for us, now the next step is for try and advance past this first round.”

The Hoyas enter Saturday’s game following a 1-0 victory over Butler (13-6-1, 6-2-1 Big East) to win the Big East Championship. The Hoyas looked in control as they capitalized early in the game and relied on their defense to defend their lead and carry them to victory. The Hoyas are led by senior forward Caitlin Farrell, who enters Saturday’s game with 17 goals and three assists for a total of 37 points. Farrell is joined by graduate student forward Kyra Carusa and junior forward/midfielder Paula Germino-Watnick, who have combined for 11 goals and 13 assists on the season. Defensively, the Hoyas are led by senior goalkeeper Arielle Schechtman. Schechtman enters the game with a 93.1 save percentage and leads the nation with a .267 goals against average, while recording 13 shutouts this season.

The Blue Devils enter Saturday’s game following a 2-1 victory against St. Francis (8-9-3, 5-2-1 Northeast) to win the Northeast Championship. They are led by seniors forward Danielle Pearse and midfielder Charlotte Maurer. On the season Pearse has 10 goals and three assists for 23 points, and Maurer has eight goals and five assists for a total of 21 points. These two players will be the focal points of their attack as the Blue Devils look to advance further in the NCAA tournament. In goal, the Blue Devils are led by senior goalkeeper Ashley Cavanaugh, who enters Saturday’s game with a 87.7 save percentage and has let in 10 goals in 18 games this season.

For live updates and breaking news follow @GUVoiceSports on Twitter. The game can also be streamed and tracked at www.guhoyas.com. 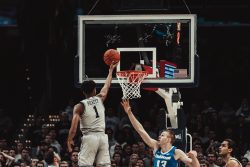 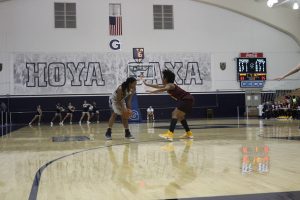 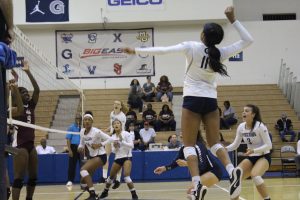