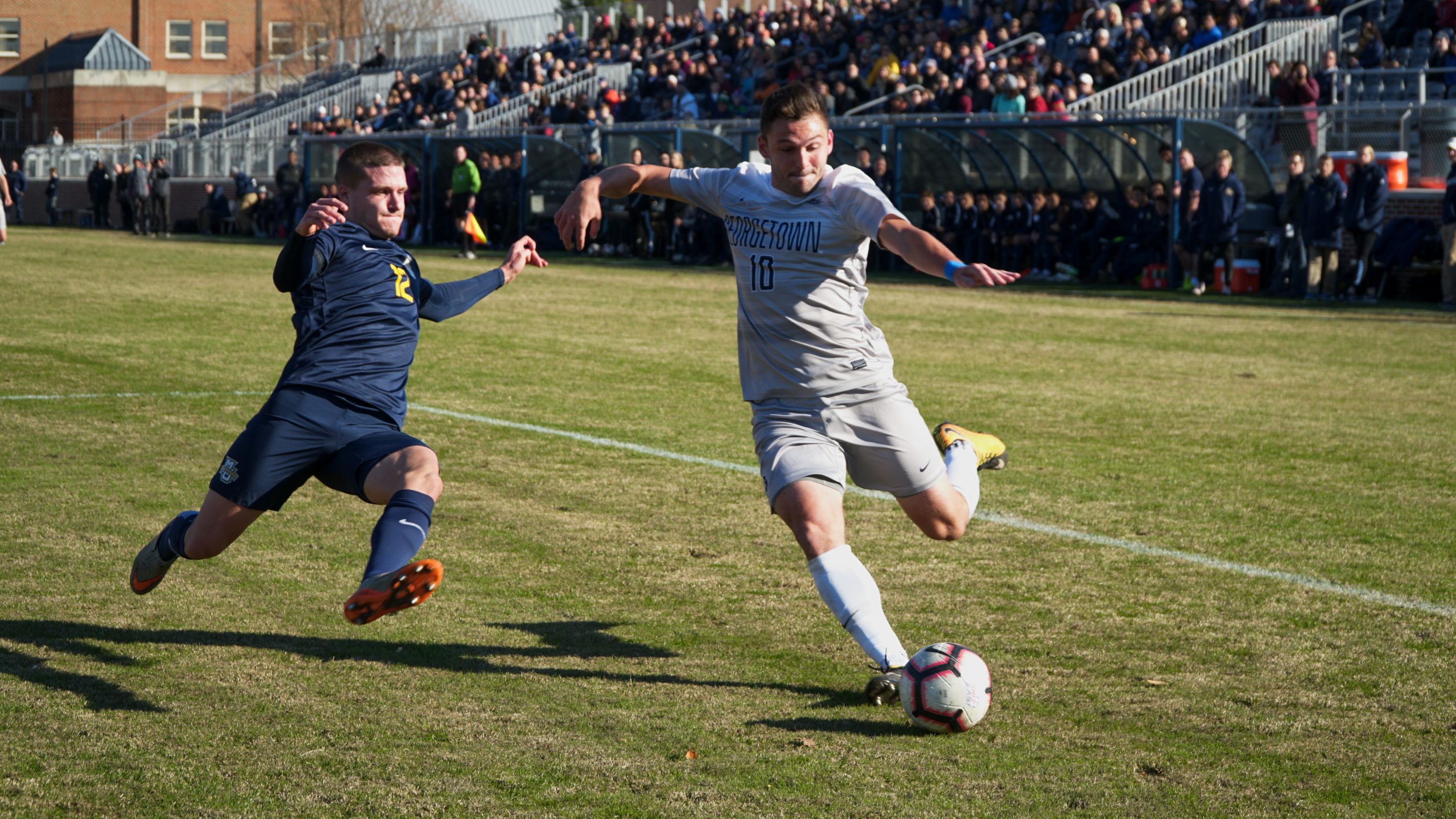 The No. 12 Georgetown men’s soccer team (12-4-3, 6-2-1, Big East) begins its postseason crusade in the NCAA Tournament this Sunday where it’ll be playing against the No. 19 West Virginia Mountaineers (14-6-0)  in the round of 32 on Shaw Field at 2:00 p.m. ET. The Hoyas’ appearance in the tournament will be their sixth of the past seven years.

The 13th seeded Hoyas had a first round bye following a 2-0 victory over Marquette last week to win the Big East Championship in their second consecutive title. Senior defender Brendan McDonough and junior forward Acahara scored for Georgetown in the match. The Hoyas are led by offensively by sophomore forward Derek Dodson, who has none goals on the season, as well as by senior midfielder Kyle Zajec, who has added four goals and seven assists for 15 points.

West Virginia won their first game of the tournament against LIU Brooklyn on Thursday by a score 4-2, after having been down 2-0 nine minutes into the match. West Virginia’s four goals  were evenly distributed across two starters and two players off the bench. Prior to that, West Virginia suffered a 1-2 loss against Akron at home in the Mid-American conference semifinal, despite having gone 5-0 in regular season conference play.

In last year’s tournament, Georgetown lost in the second round after a 1-2 double overtime loss against SMU following a first round bye. The winner of Sunday’s bout will play the winner of Michigan State vs Louisville in the sweet sixteen.