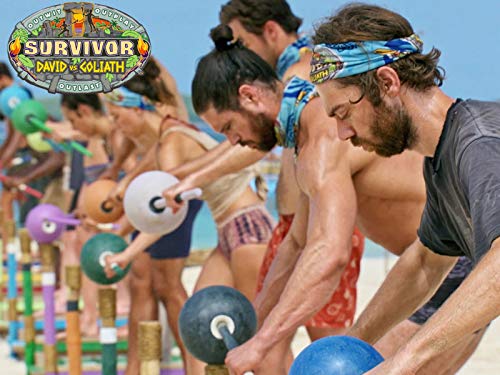 Wait, Survivor is still on? Indeed it is, and it’s better than ever.

It’s no secret that the CBS competition series is no longer the cultural behemoth it once was when it began 18 years ago. Though Survivor dominated the early 2000s and became the first highly rated U.S. reality television show, the ratings and cultural relevance of the past few seasons have been dwindling.

With viewers complaining about the program becoming predictable and repetitive, the producers started to wonder if the show’s format was sustainable. They are always looking for ways to revolutionize the game but keep the core rules the same: outwit, outplay, and outlast the competition.

One of the appeals of Survivor came from its tropical, remote locations all over the world. The biggest shift in the production came in 2016 when Season 33 took place in Fiji, where the show has stayed for the past five seasons. The producers stopped defining seasons by their exotic settings and instead focused on implementing more twists and giving more distinguishing themes to each cycle.Themes, like “Heroes vs. Villains” and “Fans vs. Favorites,” worked well and brought back some popular castaways. Often though, the emphasis on theme faltered, with strange ones like “Ghost Island” and the stupidly wordy “Heroes vs. Healers vs. Hustlers” resulting in awkward, forgettable seasons.

Season 37 is titled “David vs. Goliath,” and this iteration has proven to be one of the best. The current season has perfectly recalled classic Survivor gameplay coupled with a thought-provoking—but not distracting—theme that highlights one of the game’s most intriguing elements: the underdog.

In the season premiere, ageless host Jeff Probst explained the show’s take on the biblical story. The castaways on the David tribe are people whose lives have been defined by hardship. Davids started with a disadvantage in life and must constantly overcome obstacles. A Goliath, on the other hand, is someone who typically wins and is successful. One could be born with Goliath-like qualities, such as good looks, athletic ability, and upper-class families. Goliath status can also be hard-earned, with some contestants coming from impressive backgrounds in medicine and business. The object is not to diminish any Goliath’s work ethic, but to emphasize the fact that people on the David tribe who are waiters and maintenance workers simply never had the opportunity to become doctors. College was never in the picture for them, let alone medical school.

This division puts privilege at the show’s forefront, not by splitting the tribes solely based on socioeconomic background but by revealing that privilege has many forms. Alec, this season’s best physical player, works as a bartender. He is on the Goliath tribe because of his ability to capitalize on what his life has given him to work with. He likens his successful gameplay to flirting with beautiful girls at the bar for a tip; it sounds cheeky, but the strategy often works. Bi is an accomplished MMA fighter. At first glance, you wouldn’t peg her as a David. Yet, as she opens up about her past growing up in rural Vietnam and surviving abusive relationships viewers begin to understand that she had to claw her way up to where she is.

Season 37 ingeniously reinvents the initial draw of Survivor as a thrilling look into human nature. This new theme thoughtfully examines privilege and proves why Survivor is one of the most exciting, unique social experiments ever.

It’s easy to assume the Goliaths would have the advantage since they’re accustomed to winning, but in another sense, the Davids are more equipped for this game. With extreme weather conditions, minimal supplies, and constant mental pressure, the days spent playing Survivor are often the most struggle-filled days of contestants’ lives and the Davids are more than used to struggle. In life, you’d obviously want to be a Goliath (as long as you don’t read the end of the parable). But this is Survivor. When these two tribes are placed on a deserted island, all bets are off.

“David vs. Goliath” showcases the beauty of the Survivor formula, which requires a well-rounded balance of physical, mental, and social skills. Where Goliaths, like literal pro wrestler John Hennigan (fantastically nicknamed “The Mayor of Slamtown”), may excel in physical challenges, David tribe members like Christian, the cartoonishly nerdy robotics scientist, have the upper hand in doing puzzle-based challenges and in making strategic voting decisions.

In true David fashion, however, the band of misfits was unlucky from the start with two heartbreaking medical evacuations that quickly put the Davids down in the numbers. After the two tribes merged in the seventh episode, there were seven former Goliaths and six former Davids remaining. When a David was the first member voted out of the merged tribe, it looked like the Goliaths might stick together and pick off the Davids one by one.

But in Episode 8, the alliance of former Davids smartly played a hidden immunity idol and only  six Goliaths were left on the island. Then in Episode 9, the Davids pulled off one of the craziest Tribal Councils in Survivor history. Dan, a handsome ex-Goliath, played his hidden immunity idol to guarantee that a David would be going home—or so he thought. The Davids, who had been waking up before the Goliaths every morning to search the island for clues, had remarkably collected three advantages among them: another hidden immunity idol, a vote-stealer, and an idol nullifier. Carl, a truck driver from Texas, correctly played the show’s first ever idol nullifier against Dan to help send Dan home and finally even the game at five Goliaths and five Davids.

This move felt like a miracle, but in reality, it was the product of the Davids’ determination not to let the Goliaths walk all over them. Since the playing field was leveled, individual strategies have been taking over and former tribal lines are blurring, as Goliaths are talking to Davids and Davids to Goliaths. Alliances shift what feels like every few minutes and no day on the island has been the same. Survivor is at its best when it feels like anything is possible. Season 37 hasn’t had one disappointing episode yet, and, with three episodes left, absolutely nothing is certain.

“David vs. Goliath” has helped Survivor at last get its groove back. The Survivor formula stays intact, and the theme isn’t overdone. Rather, it adds a human level to this program that reality TV painfully lacks. There’s no way of knowing if a David or Goliath will emerge as Sole Survivor. This dynamic cast has shown that there are many different ways to define success. Privilege may have helped some Goliaths acquire bigger bank accounts, but the truly successfully players have been those who are confident and willing to make game-changing moves.

Survivor has lasted for nearly two decades because of the entertainment that comes with seeing what people do when put under pressure. The Davids have had a lifetime of playing catch up to the rest of the world, and the Goliaths have their fair share of Achilles heels. Survivor is a social game that grinds people down so that they can find the will to lift themselves up. You can’t win Survivor without overcoming something. Sometimes, the best asset is being the underdog.