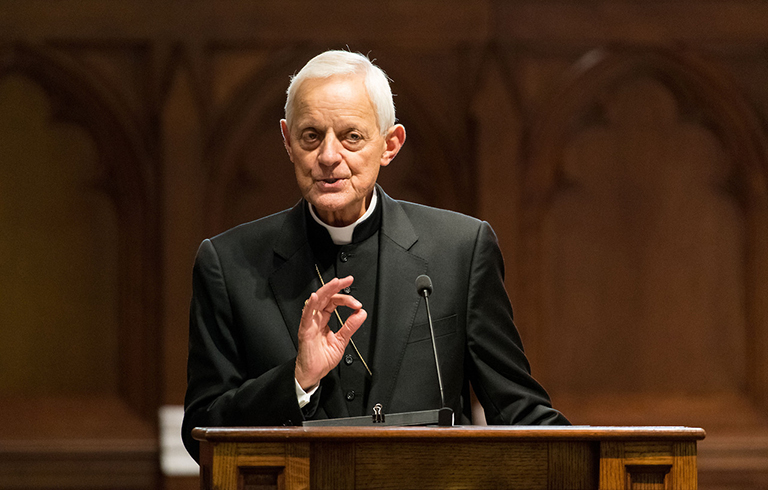 As a prominent Catholic institution, Georgetown has the capability and responsibility to take public, tangible action to address the clerical sex abuse crisis; yet the university has failed to use its power to do so. On Sept. 10, we published an editorial that called for Georgetown to revoke the honorary degrees of Cardinals Donald Wuerl and Theodore McCarrick, two former archbishops of Washington, D.C., who are closely implicated in the Catholic Church’s sexual abuse crisis. Three months after this editorial and despite determined student activism, the university has neither stripped the men of their degrees nor communicated with students on any decision around this subject. With the recent report from the Maryland Province Society of Jesus revealing more connections between Georgetown and this crisis, the university has run out of time to take clear and visible action denouncing predator priests and those who cover them and must immediately revoke Wuerl and McCarrick’s honorary degrees.

In an email to the student body on Dec. 17, university President John DeGioia wrote that four Jesuits who had been accused of sexual abuse of minors in the aforementioned report spent time at Georgetown, although none of the incidents occurred on campus. In that email, DeGioia also wrote: “Our community will continue our work to respond to this moment through dialogue, reflection, and action.” With varying degrees of success, the university has engaged students in dialogue and reflection in its “Dahlgren Dialogue” series and “Liturgy of Music and Prayer for Repentance” events. Action, the most crucial part of the three steps DeGioia outlined, is sorely lacking.

Last summer, allegations became public that McCarrick, archbishop of D.C. in the early 2000s, had abused men and boys for decades. The Vatican removed him from public ministry and the pope accepted his resignation from the College of Cardinals in July. Within two months of McCarrick’s resignation, six of Georgetown’s Catholic peer institutions, Fordham University, Catholic University, University of Portland, St. Bonaventure University, College of New Rochelle, and Siena College all revoked their honorary degrees they granted to McCarrick. Notre Dame did not rescind theirs, but their university president sent an email within one month of McCarrick’s resignation explaining that the university would wait for the Vatican’s trial to conclude to make their decision about the degree.

A report released by the Pennsylvania Attorney General a month later revealed that Cardinal Wuerl, then the bishop of Pittsburgh, had protected abusers by re-assigning them to new parishes and covering up allegations. Pope Francis accepted his resignation as D.C.’s archbishop on Oct. 12. The university has now had months to discuss and reflect on these revelations, but has shown no true action.

The GUSA senate passed a unanimous resolution urging for the revocation of the degrees on Oct. 28. Throughout the semester, student activists have met with university administrators to share concerns and receive updates about Georgetown’s discussions surrounding the degrees. Grace Laria (SFS ’19), one of these students, said the group has been informed that the university’s board of directors is actively debating the issue, but that it has not yet come to a conclusion. One of the reasons given was that Georgetown had never revoked a degree before. However, neither had our neighbor Catholic University until they rescinded the one given to McCarrick, who was a student and later chancellor of the university while he was archbishop of D.C.

Georgetown has a powerful position as a prominent Catholic institution intimately connected to key players in the clerical sexual abuse crisis. This is a position the university must use to show that no tolerance is given to those who commit or cover these terrible crimes. Rescinding McCarrick and Wuerl’s degrees is a tangible way to assure students, staff, and the D.C. community that Georgetown is willing to do whatever is needed to address this issue. Particularly in the midst of our discussions around Title IX and sexual assault on campus, it would be a concrete measure to show that the university cares about all interpersonal violence, regardless of who commits it or where.

But revoking degrees is just one step in a long process. We commend Georgetown for holding panels to engage students and DeGioia for immediately informing the student body about the university’s connections to the men in the Maryland Society of Jesus’ report. We wish the university had the same level of communication and transparency as to why is has been six months with no information on the state of McCarrick and Wuerl’s honorary degrees. It is critical that any discussion, reflection, or action seriously considers how Georgetown chooses to honor people who have been a part of the Church’s clerical sexual abuse crisis.

We stand with student activists who have worked to keep the university accountable to its own ideals during this time. “The Jesuit value of ‘contemplation in action’ has no legitimacy at Georgetown if it’s all contemplation and no action,” Laria said in an interview with the Voice. How the university chooses to handle the crisis of clerical sexual abuse is an important indicator for how effective the university will be in addressing all cases of sexual abuse and protecting survivors in our community. And who Georgetown administrators choose to give university honors to represents us all as Georgetown students. We have a direct stake in ensuring the Georgetown name is not associated with child abusers and those who abet them. Georgetown must immediately rescind Wuerl and McCarrick’s honorary degrees. 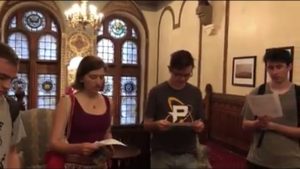 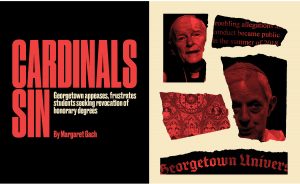