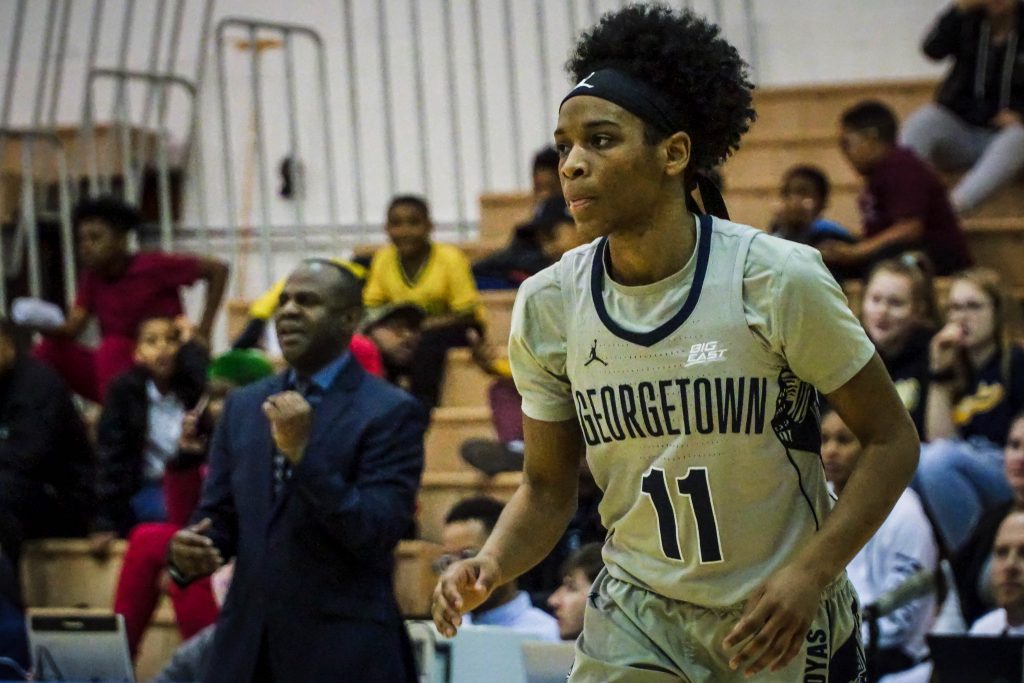 The Georgetown Hoyas women’s basketball team (12-14, 6-9 Big East) will rematch the  St. John’s Red Storm (14-13, 7-9 Big East) at 2:00 p.m. ET on Sunday in McDonough Arena. The Hoyas and the Red Storm are both sitting just below the middle of the Big East standings. The game will be broadcast on Fox Sports 2 with live stats available at guhoyas.com.

The Hoyas won their last game on Friday, sending Seton Hall (14-13, 6-10 Big East) packing in a 51-43 roundup. But since the Hoyas and the Red Storm last played, the Hoyas have won just three of seven while the Red Storm went for five of seven. The Storm are on a bit of a hot streak, and the Hoyas are one loss away from second-to-last in the Big East. If Seton Hall stays on track with its five-game losing streak, the Hoyas would fall to third-last.

Georgetown senior guard Dionna White was the impressive scorer with 19 points in their last matchup against Seton Hall. White went 9-of-9 on free throws. Graduate student guards Mikalya Venson and Dorothy Adomako joined White in double digits with 13 and 10 points, respectively. They led a third quarter comeback from down 18. Georgetown’s shooting was mediocre for stretches of the game. Key plays on defense and rebounds opened up the chance to regain the lost lead. The Hoyas scored 20 off of turnovers and 10 off of second-chance points.

The Hoyas will need to solidify their shooting on Sunday afternoon to win the matchup against St. John’s. It will be a rainy day in D.C. all day Sunday, but the Hoyas aim to weather the Storm.

Harry Pottercast: Harry Potter and the Chamber of Secrets (Movie Edition)
Men’s Basketball Stumbles in Away Matchup with Creighton