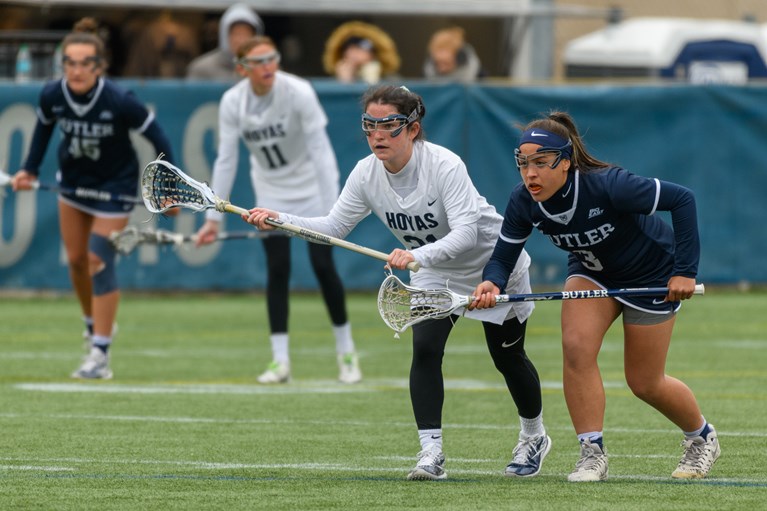 The rout was on from the opening draw as Georgetown scored from its first five offensive possessions. Gebhardt opened the scoring in the second minute, followed by goals from junior midfielder Natalia Lynch, Liotta, Lynch again, and finally senior midfielder Francesca Whitehurst after just 3:37 of game time. Gebhardt scored a second five minutes later to make it a 6-0 game before Butler finally got on the board through sophomore attacker Madeline Hooks. Whitehurst added her second before junior attacker Emily Ehle made it 8-1, before the Bulldogs got a second from freshman attacker KK Callaghan. Georgetown would score five more unanswered in the final six minutes of the first half with a pair from junior attacker Michaela Bruno, senior attacker Morgan Ryan, Liotta, then Ryan with 21 seconds to give the Hoyas a 13-2 lead at halftime.

Senior goalkeeper Haelle Chomo made seven saves in the first half to help the Hoyas hold a dominant lead, and the stats, with the exception of draw controls, were all led by the Hoyas. And Georgetown would not take its foot off the gas to begin the second half, extending the run to end the first half out to a 9-0 run, with Liotta scoring twice, a Butler own goal, and Gebhardt completing her hat trick with 17:44 to go. Freshman midfielder Hannah Justice then scored on Butler only shot of the second half, and the Hoyas continued to suffocate the Bulldogs, winning the draw control battle in the second half while going a perfect 20 for 20 on the day’s clear attempts. A final 4-0 run sealed the game, with a goal from freshman midfielder Katie Crager, the first goal of the season for senior attacker Mariah Matheis, a goal from freshman midfielder Annabelle Albert, and a first ever Georgetown goal for freshman attacker Annabelle Zebrowski.

Georgetown returns home on Saturday to take on No. 19 Denver (9-2, 1-0 Big East) with the Pioneers coming off of a conference opening rout of their own, beating Old Dominion (3-10, 0-1 Big East) 20-1. For live coverage of that game, as well as coverage of all Georgetown sports, follow @GUVoiceSports on Twitter. 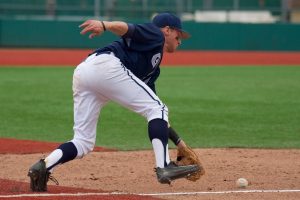 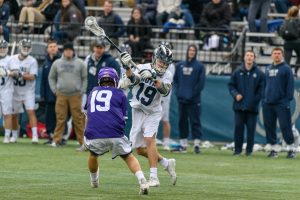