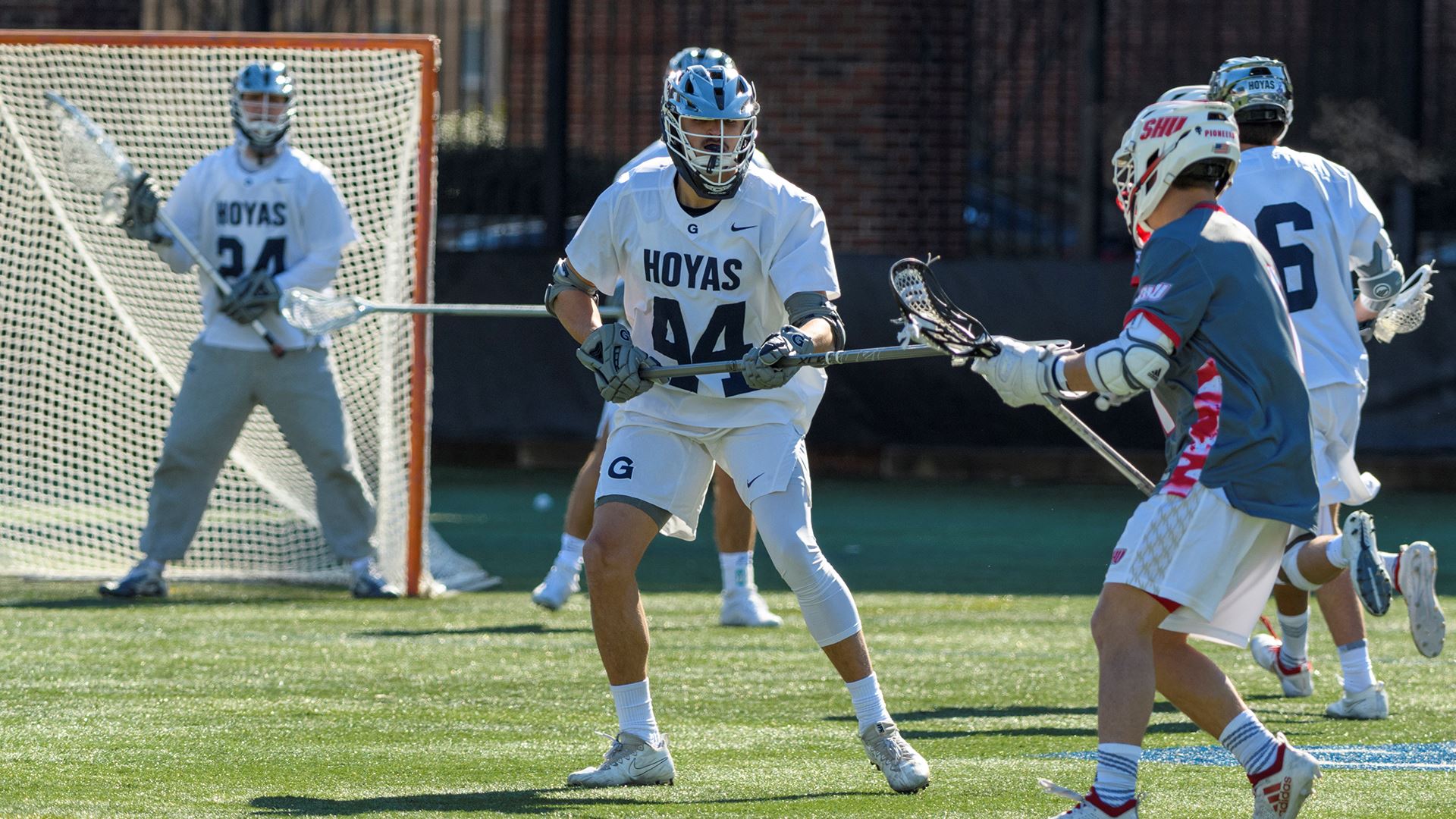 The Georgetown’s men’s lacrosse team (9-4, 2-2 Big East) will face the NJIT Highlanders (2-11) in their last non-conference game Saturday. The Hoyas had an impressive outing  last Sunday against conference rivals Villanova (7-5, 2-1 Big East), coming from behind to get the 16-13 win. Georgetown will look to extend their winning streak against an NJIT team that has had a trying season.

The Hoyas started their last game against Villanova facing  a 5-1 deficit due to their inability to finish plays and the Wildcats’ shooting accuracy. Villanova’s freshman goalkeeper Will Vitton had a spectacular first quarter, saving five out of the six shots on goal from the Hoyas. The Hoyas’ four goal deficit remained throughout most of the second quarter, the score being 7-3 with 1:45 left. However, Georgetown had a scoring spree late, going on a 3-0 run to make it 7-6 at the half. Senior attacker Daniel Bucaro notched two goals, supplemented by a goal and an assist each from senior midfielder Lucas Wittenberg and junior attacker Jake Carraway.

The start to the second half was a continuation of the end of the first, with the Hoyas gaining their first lead of the game after a goal each from Bucaro and Wittenberg. The game would stay close for the whole third quarter until Carraway stole the show, scoring four goals in five minutes to give Georgetown a four-goal lead with 12:57 left in the game. Nevertheless, the Wildcats were not done yet, reducing the Hoyas’ lead to 14-13 with five minutes left to make for an interesting finish. The Hoyas were able to hold the lead, upping their defensive efforts and punishing the Wildcats on the counter, making the final score 16-13 with two goals by senior attacker Austin McDonald and Bucaro.

The Highlanders’ last game was a well-fought battle against the Siena Saints (6-5, 3-2 MAAC) that ended in a 20-18 loss. Senior midfielder Ryan Darrow and senior attacker Aaron Foster were the top performers for NJIT, notching three goals each. The Saints exploited the Highlanders’ defensive problems, with Siena compiling 65 shots in total, compared to only 32 for NJIT. In addition, NJIT’s seven turnovers in the first quarter gave Siena the chance to start the game on 6-2 run, leaving the Highlanders trailing from the very start of the game.

The Hoyas should look to capitalize on NJIT’s weaknesses, making sure to force turnovers and dominate the face-offs to eradicate any chance of a surprise. Initial face-off is scheduled for 12:00 p.m. ET in Newark, NJ. Live stats will be available at guhoyas.com. Follow @GUVoiceSports on Twitter for live coverage and breaking news of all sports at Georgetown. 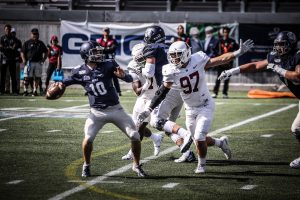 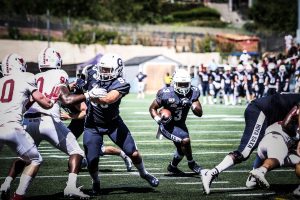