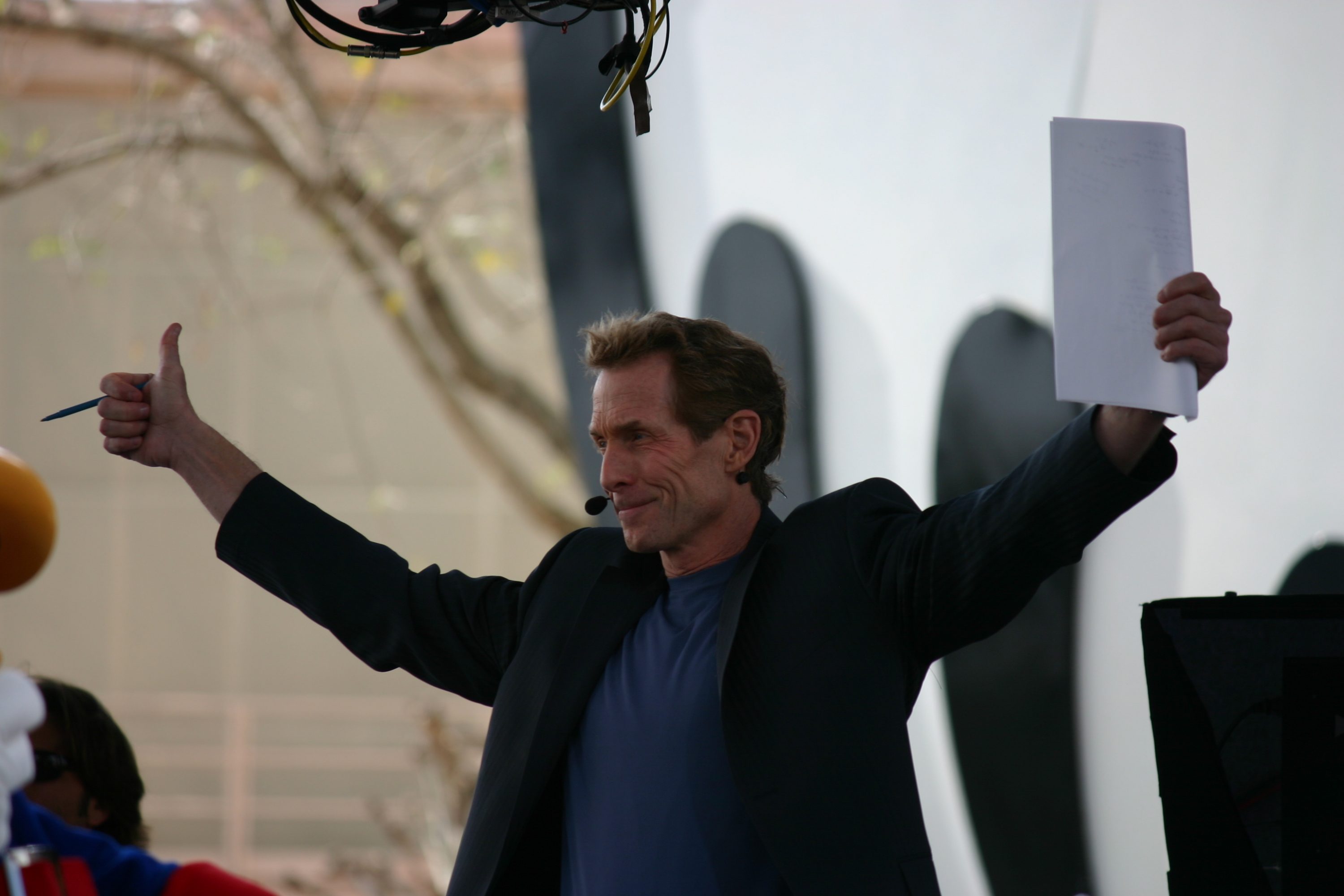 Welcome to Four Down Territory! This is a space where I’ll write about four things in professional sports every Saturday. Whether it’s the four greatest moments or the four worst blunders or anything in between, the only rule is that I’ll discuss four things. In my ninth installment, I’ll be outlining some of Skip Bayless’ worst moments.

The world of sports is filled with personalities these days. For some reason, fans want to see the same “experts” debate it out, taking opposite sides and supplying more and more ludicrous takes. Skip Bayless is the one personality who has cornered the market on such takes. Working his way up the ladder, he started with the two major newspapers in Dallas before moving on to the Chicago Tribune and working in more forms of media until landing at ESPN with First Take. The show took off in popularity, partly because viewers wanted to enjoy Skip and Stephen A. Smith’s shouting matches, and because of the ridiculous takes both supplied. Skip never failed to deliver in either department. Hope you enjoy!

If there’s one player Skip Bayless loves to hate, it has to be LeBron James. No matter what LeBron does, no matter how he stacks up against the greats of the game, no matter how many championships LeBron wins, Skip is always there to chirp about how he’s less than he really is. Earlier in the decade, he waxed about how LeBron disappeared in the playoffs against teams like San Antonio, Boston, and Orlando, conveniently forgetting that his best teammates on the early Cavaliers days were Larry Hughes, Mo Williams, and Zydrunas Ilgauskas. LeBron surrounded himself with great teammates and began winning championships, derailing one dynasty (Oklahoma City, 2012) and defeating the team with the greatest record in NBA history (Golden State, 2016). Once that happened, Skip had to resort to even more outlandish takes, and this one takes the cake for bad takes. We all know of Michael Jordan’s greatness: six championships, countless clutch shots, insane playoff performances, etc. But that all happened in the 1990s, when Jordan was on top of his game. Today? He’s smoking cigars and golfing on days where he’s not condemning the Charlotte Hornets to mediocrity. Meanwhile, LeBron is the top player in the league, though Skip refuses to acknowledge it. They’re begging him not to do it, but Skip just can’t help himself. He has to make it known that he believes that a 52-year-old can beat the best player on the planet. He’s not done there, though: he said he would personally train Jordan to get in shape, and all he needs is two months. His reasoning was that Jordan would win based on intangibles alone, but that just doesn’t happen. Basketball doesn’t work that way. Only when talent level and basketball IQ are close enough to compare do intangibles come into play. Not when the best player in the world goes up against a 52-year-old man.

Remember those few weeks when Tim Tebow lit up the NFL stage, launching comeback after comeback? The Tebowing, the social media sensation, the nation rallying around this QB that they knew had no chance of sustained success in the league? Miami, Kansas City, the Jets, Minnesota, San Diego, and Chicago were just some of the teams that Tebow defeated during Tebowmania. The high water mark of this era was a playoff win over Pittsburgh, the defending AFC champions. Tebow outdueled Ben Roethlisberger, passing for 316 yards and two touchdowns on just ten completions. They were riding high after an 80-yard touchdown from Tebow to Demaryius Thomas in overtime, but the next week was a different story. New England smacked them, 45-10, and just like that it was over. Amid all the hype, though, Tebow had no bigger backer than Skip Bayless. It truly was amazing what Tebow did, but come on, it’s over half the regular season and we all knew that it couldn’t last. Guy throws a football like he’s stacking a loaf of bread on a store counter. But, that didn’t deter Skip from making some ludicrous claims. It didn’t deter Skip from going on national television and declaring he’d rather have Tim Tebow than Tom Brady in the last two minutes of a game. He thought he had the “cold hard facts” covered when he mentioned Tebow’s QBR, but come on. Everyone knows that you’d want Tom Brady and his (at the time) three championships and countless game-winning drives. It’s not even a contest for anyone other than Skip, but that’s what happens when you get paid to disagree with someone. Skip took it to another level when he declared that Tebow was more box-office than Kobe Bryant. For a couple months, Tebow stole the hearts of America with his play. But again, this one is obvious. Kobe is a worldwide icon. We call him Kobe for a reason because he doesn’t need a last name. We say “Kobe” before we shoot a paper ball in a trash can because he’s just that culturally important with regard to basketball. It’s absolutely unconscionable to elevate Tebow above a five-time NBA champion with a countless number of clutch shots, so much so that we try to imitate him every day. But, that’s just what First Take is like.

The first two I mentioned were some ridiculous takes that Skip has said in his time on First Take. But this is a list of some of his worst moments, not just his takes. This was an especially rough look for him. There’s the prevailing opinion that people who didn’t play the game at the professional level are not qualified to comment on the play of professional athletes. If you subscribe to this line of thought, then Skip Bayless was discredited in one swift stroke by Jalen Rose. When I first saw this, I have to say that I felt some remorse for Skip. Jalen pretty much ended his whole career by mentioning that he scored 1.4 points per game as a senior on his high school basketball team, and made fun of him for playing JV in his junior year. That’s about as bad as it can possibly get, and I think it really did affect Skip. You can see in the clip that Skip is clearly taken aback, and he struggles to come up with a response for just one second. It’s really a tough look for someone who spends his time and builds his career on criticizing coaches and players, and it’s hard for anyone to take him seriously anyway. This moment just completely eliminates any credibility Skip might have, and Jalen puts the icing on the cake by declaring Skip to be “Water Pistol Pete, Jr.” This is why I don’t want to be famous.

It’s one thing to spew ridiculous takes and rightfully take the heat for saying them and standing your ground. It’s quite another thing to have to make fake accounts to defend yourself after the Internet roasts you. Unfortunately, that’s what happened to Skip. Rather, he brought it upon himself when he forgot to switch from his burner account to compliment himself and his new show on Fox Sports 1. Yes, yes, I know this kind of thing can be easily photoshopped. And yes, I know that even if its real, it might not have necessarily been Skip himself, and his social media director could’ve made a mistake. But come on. This is weak, middle school stuff, and Skip really can’t let that happen especially given his fame and status in the sports media industry. If he did it himself, it shows real insecurity. If he didn’t do it himself, he’s hiring the wrong people to help him out, and the fact that you even need to defend yourself from different accounts shows that you may be doing something wrong. Seriously, when is the last time you heard someone say that Skip Bayless is a good analyst who knows what he’s talking about? I suppose this is the problem with sports media today: we like to hear the most extreme opinions from the loudest personalities as opposed to measured analysis from respected professionals. Under this setting, people like Skip can thrive, so if fans are upset with him, they probably shouldn’t pay him any mind. They probably shouldn’t write articles about him.

Wait, I might’ve burned myself. 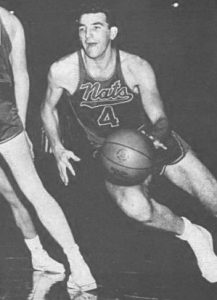