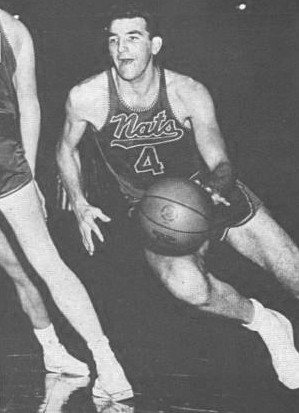 Welcome to Four Down Territory! This is a space where I’ll write about four things in professional sports every Saturday. Whether it’s the four greatest moments or the four worst blunders or anything in between, the only rule is that I’ll discuss four things. In my eleventh installment, I’ll be outlining some of the best forgotten players to play in the NBA.

We always remember the stars that shone brightest: those who made the most explosive plays, performed at a consistently high level, or won the most championships. But what about those players who weren’t quite at that level? Or those players who really were that great but never won championships or made astounding plays? Yes, these are among some of the players that get forgotten throughout history, but rest assured I still remember them. I’ve split this into two parts so that I can cover each decade in the NBA, and we’ll begin in the 1940s. Hope you enjoy!

Okay, I kinda cheated on this one. I figured that people just don’t remember NBA players from the 40s, especially seeing as the NBA wasn’t even around until 1949, when the Basketball Association of America (BAA) merged with the National Basketball League (NBL). I also cheated because George Mikan was dominant during the 1950s, the first true superstar of the NBA. But, I’m banking on the fact that you forgot Mikan started his career in the 1940s, and boy did he start well. His first two seasons were played in the 40s, and he averaged 27.8 points per game over those two seasons. Unfortunately, I don’t even have rebounding numbers during that time, let alone efficiency numbers or win shares, but I imagine there’s a lot of them. In the playoffs, he took that average up to 30.8 points per game, while winning two of his five championships overall. Mikan was pure dominance in the 50s but also in the 40s, and we tend to forget that. This era was littered with big white men, as the league had not integrated yet, but Mikan shone above the rest.

“Syracuse Nationals” is a bizarre amalgamation of two teams I have very different feelings about: Syracuse and the Nationals. So I don’t really know how to feel towards this team, but I do know that Dolph Schayes played quite well for them, and I also know that I finally have rebounding stats. When we think of the 50s, Mikan dominated the beginning and Bill Russell engaged in legendary duels with Bob Pettit near the end. But what about the man who was consistent throughout it all? What about the 12-time All-Star, 12-time All-NBA selection, and the NBA champion? That, of course, was Dolph Schayes. People forget that Schayes was the best player of this decade as evidenced by his various honors. Even more forgotten was his 1957-58 season, where he played 40.5 minutes averaging 24.9 points and 14.2 rebounds per game and shooting 90.4% from the free throw line as a traditional big. Add it all up and Schayes was credited with 13.7 win shares, the top figure in the league that year. We forget all about it because the 1957-58 season is the beginning of Russell’s dynasty, and he averaged 22.7 rebounds per game that year. Schayes often gets lost amid the celebrations of Mikan, Russell, and Pettit, but he was a great big man in his own right, and everyone thought so then.

Who would’ve thought that a man who played for the Lakers and averaged 27.4 points per game over a career would get overlooked? Yet, that’s what happened with Elgin Baylor. In an era where Bill Russell pretty much never lost, Wilt Chamberlain couldn’t be stopped, and Oscar Robertson averaged a triple-double, Elgin Baylor was the odd man out. Six times did Baylor make the NBA Finals in the 1960s, six times he fell to Russell and the Celtics. Nowadays, the only mentions of Baylor are in memes making fun of his NBA Finals record, usually referencing LeBron’s. But Baylor was an automatic bucket in the decade, and his first three years stand out in particular: 35.3 points per game, 17.3 rebounds, and 4.9 assists. The advanced stats love him as well: 27.2 player efficiency rating (PER) and 37.1 win shares over those three years. His signature performance was Game 5 of the 1962 NBA Finals, where he put up 61 points and 22 rebounds in a losing effort. To this day, it still stands as the most points scored in a single game in Finals history, and it encapsulates Baylor’s career pretty well: a prolific scorer forgotten because he didn’t win. Ironically, he was marred by injury in his last season, appearing in just 9 games before retiring. The Lakers finally won the big one that season, a bittersweet moment for a forgotten star.

Yes, you read that right, Artis Gilmore did in fact play for a team called the Kentucky Colonels. This was the era where the American Basketball Association (ABA) was quite popular and successful, and a few ended up merging into the NBA (San Antonio, Indiana, Denver, New York Nets). Kentucky was not one of these teams, but the transition from the ABA to the NBA was a smooth one for Artis Gilmore. The league was still dominated by big men, and Gilmore’s game translated perfectly. Back when basketball had cool nicknames, he was nicknamed “A-Train”, which perfectly describes the type of player Gilmore was. He used all 7 feet and 2 inches, pounding the paint to the tune of 18.8 points and 12.3 rebounds over the course of a career. At the time of his retirement, Gilmore was the NBA’s career leader in field goal percentage, as he converted 59.9% of his field goals. His effective field goal percentage was the same figure, a ridiculous clip over a career. His NBA PER was 20.2 and true shooting percentage was 64.3%, meaning that the analytics loved his sheer dominance and power in the paint. Gilmore’s downfall was that his team didn’t win the big one. The closest Chicago came to a title during Gilmore’s time there was a second round playoff exit to Boston in the 1981 playoffs. The roster was just never talented enough to seriously contend, and so Gilmore takes a backseat to other greats like Willis Reed, Elvin Hayes, and Kareem Abdul-Jabbar. 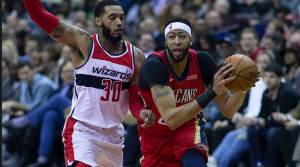 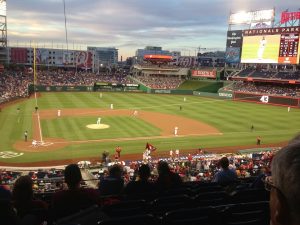