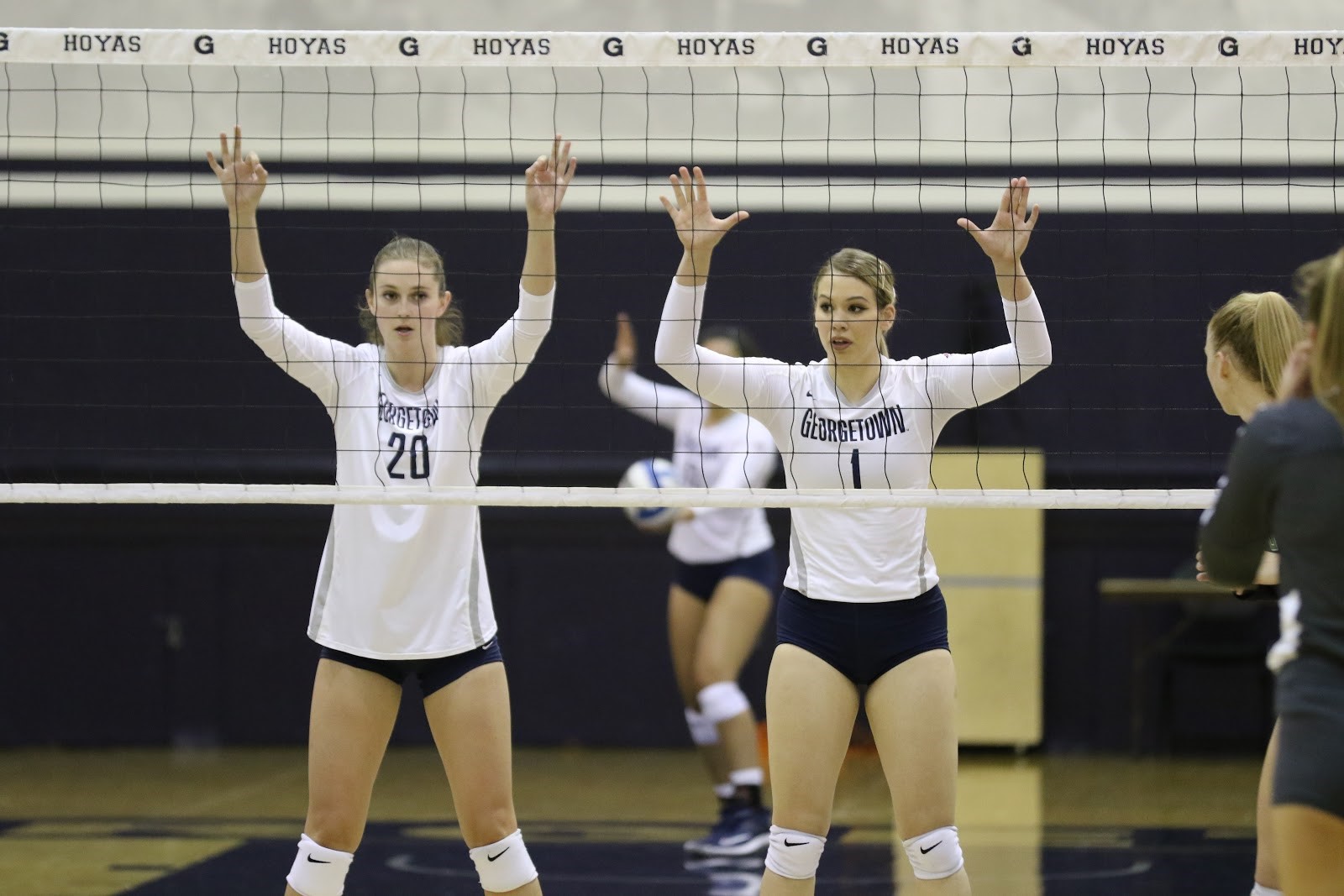 This past Saturday, the Blue and Gray lost in five sets to the Musketeers. The Hoyas kept each set close, losing 23-25 before winning the next two sets 26-24 and 25-20. However, Xavier won the fourth set 20-25, forcing a fifth set after which they emerged victorious, 8-15. Georgetown had 104 digs in the match, setting a season-high for any Big East team. Senior outside hitter Iva Vujosevic recorded her sixth double-double of the season, leading the Hoyas with 15 digs and 12 kills. GU’s freshman setter Emma Plutniki and Elissa Barbosa also had double-doubles.

Seton Hall was swept in their last game against nationally-ranked Creighton. Freshman outside hitter Julia Wilkins led the match with 13 kills. The Blue Jays fended off the Pirates in the first set 25-19, scoring seven straight points. Creighton dominated the second set 25-16 and brushed the Pirates aside 25-12 in the final set. Senior setter Maggie Cvelbar recorded the 22nd double-double of her career, while junior defensive specialist Elizabeth Sottung is now only two digs away from 300 for her career.

The Hoyas are looking to snap a three-game losing streak to a Pirates squad they both beat and were defeated by in straight sets last season.

The game is set to begin at 7:00 p.m., ET on Wednesday. Live stats are available on guhoyas.com. Follow @GUVoiceSports on Twitter for coverage and continuing coverage of fall sports at Georgetown. 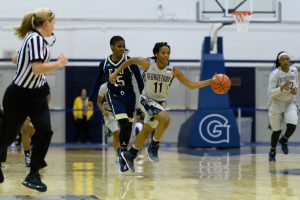 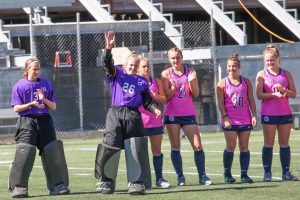