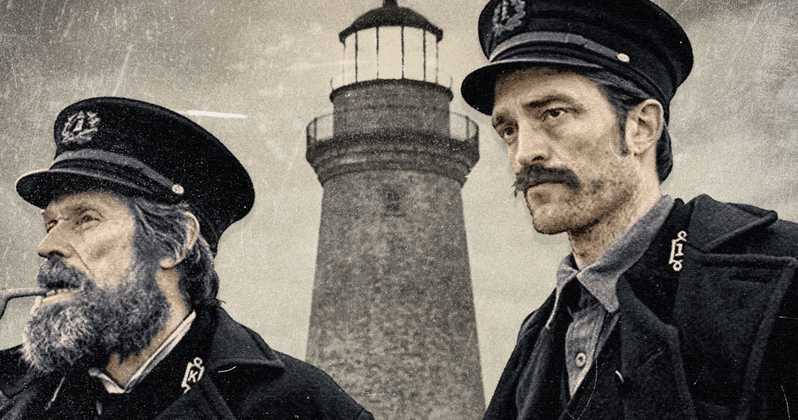 Max and Robert Eggers’ film The Lighthouse (2019), although described as a horror movie, is more disturbing than frightful. Set in the nineteenth century, the film features Robert Pattinson as Ephraim Winslow, a former timberman who has taken a four-week job on a small New England island to help maintain its lighthouse. Willem Dafoe plays Thomas Wake, the callously demanding ‘wickie’, or lighthouse keeper, who aptly describes the place as “this damned rock.” The island really is like a collection of rocks, atop which stands a solitary lighthouse with a wooden home attached to it. This, and the surrounding foggy waters, is the world of the story. Winslow is constantly mistreated by his superior and barred from the privilege of entering the only light-filled space, the lantern room. The two men exist in a never-ending cycle of misery and destitution, haunted by dark secrets that threaten to choke them into madness.

This movie is an artistic film in every sense of the word. It is fixated on the power of image and sound and what those two primal elements of film can do to create meaning. The Lighthouse is expertly crafted and imbued with strong acting by Dafoe and Pattinson. It seems like everything in this movie is bare bones: a three-person cast (Valeriia Karaman plays a mermaid), a black and white color scheme, and a scarcity of dialogue.

This is not the type of movie one puts on for background noise. The Lighthouse, however simple it may seem on paper, is a work wherein not one detail is without purpose. It feels like The Lighthouse is richer with meaning than movies with more actors, more plotlines, more set design. The successful  minimalism of the movie might serve as a manifesto for going back to the basics, on not saying something with ten words that can be said better with two.

One of the most glaring choices that Eggers made, besides creating the film in black and white, was to show the film entirely in a square frame, like Instagram. The square shape only adds to the unnatural pattern and symmetry of the film’s world, which seems to trap the characters in its uniformity. The story is outside the regular rectangular format, thereby highlighting the shape of the image on screen. The frame constrains the story, imprisons the characters, and strips them of their free will.

With an already intrinsically illogical storyline, the often hard to understand dialogue complicates matters even more. One will have to watch this film several times to fully unfold all its interwoven layers.

Although Eggers uses sound and image well, some of the music seeks too forcefully to have an impact, as if otherwise the audience wouldn’t know to be scared or anticipatory. The film’s sound effects are much more successful in adding to the storytelling process: the seagulls squawking, the lighthouse’s jarring foghorn, and the crashing of the waves.

The film is not scary, but it is grotesque and disturbing, and occasionally funny. There is an interesting tension between its aesthetically pleasing, expert cinematography and its many miserable, frustrating scenes. For example, there might be a scene with a beautiful angle of the rocky shore, but Winslow spends the entire time carrying two full toilet bowls, intending to dump them out, only for the wind to turn and throw the contents right back into his face. It’s frustrating, it’s funny, and it’s downright gross.

Sound appears first. The audience first hears, and then sees a boat cutting through harsh waters. A lot of these early scenes emphasize a stillness in the story by keeping the camera over a motionless or repetitively moving image. In a frame of the lighthouse, where everything is still, Winslow slowly trudges across the picture, disrupting the painting. At one point, when the characters are first introduced, there is a moment where Dafoe and Pattinson simply stand next to each other, looking right into the camera.

The creators are not afraid to call attention to the fact that the audience is watching a film. It’s obvious from the square frame, black-and-white color palette, and the blatant staring into the camera. What’s more, sometimes the camera and the actors are too visually perfect in a scene, too intentionally situated. These elements make the movie feel more like a performance than something immersive, something meant to drive the audience into madness themselves. Still, I can safely say that the night I watched The Lighthouse, I couldn’t close my eyes without hearing the foghorn and the seagulls inhabiting my mind. I, too, felt a little mad.

More: A24, Robert Pattinson, the lighthouse 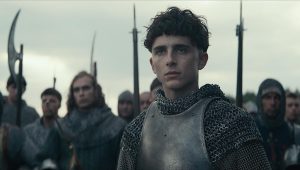 I love your interesting review and deep thoughts very much. Now I want to go and watch this movie. Thank you:)