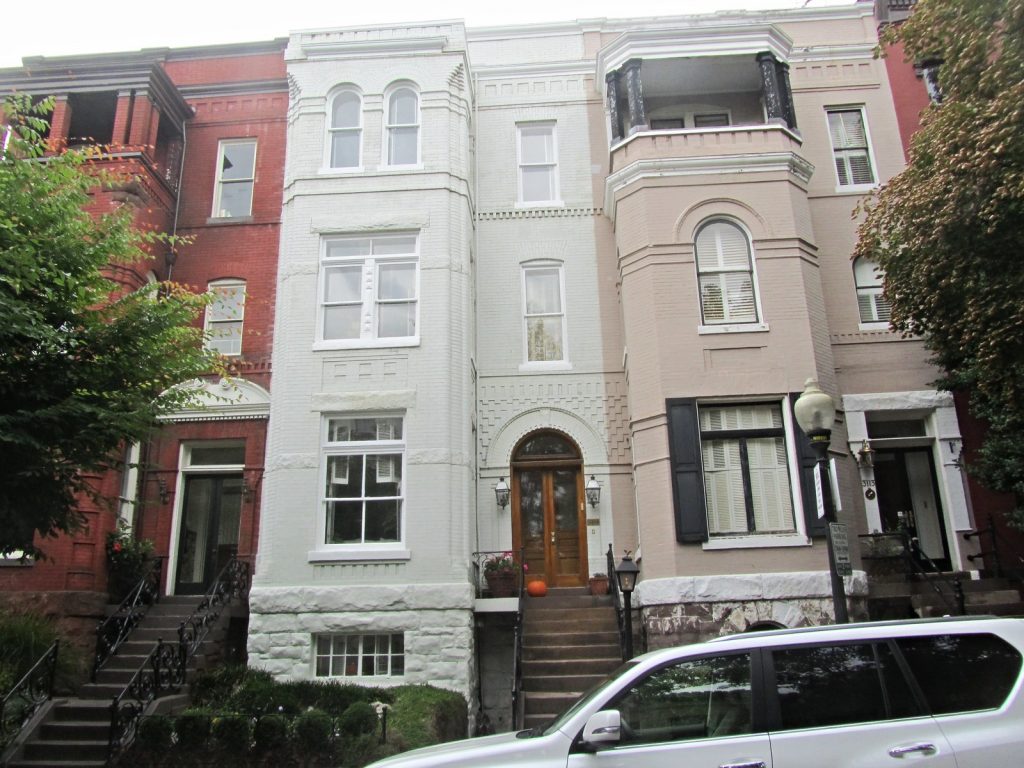 SNAP stands for Student Neighborhood Assistance Program, but over the years, the acronym has turned into a verb with a less-than-positive connotation. To be “SNAPsed,” in Georgetown students’ vernacular, doesn’t mean to be assisted. It describes an unpleasant, frustrating, and often demeaning experience. The program’s goals are noble—It aims to foster safety, respect, and peace in a community with a broad range of residents. But by disincentivizing neighborly communication and unequally distributing the burden of conflict resolution, it has instead deepened the divide and tightened the strain between students and their non-student neighbors.

For many students, living in West Georgetown or Burleith is their first college experience in a non-university managed home, and it’s an opportunity to prepare for post-grad life. Relationships with neighbors are an important part of living in any community, and students should be able to have them here without the fear of being subjected to more scrutiny and punishment than the person who lives next door.

SNAP was created to protect students from crime and the consequences of D.C. law enforcement, but one of its purposes is to police students, and neighbors know this. SNAP in its current form would not exist without the pressure permanent neighborhood residents applied to the university when it was trying to get its 2010 campus plan approved. Neighbors can call and complain about student behavior whenever they want, whether it’s a disruptive party or three people watching TV that can be heard through a shared wall. There is no threshold for what warrants a response from SNAP, and there is no system to hold the callers accountable. Callers remain anonymous, and they do not have to engage in a conversation with the people they complained about.

Although anyone can call SNAP, all SNAP can do to a non-student resident is notify them of the complaint, allowing them to decide how to respond. Students, on the other hand, must kick all non-residents out of the house and follow the exact directions of SNAP—or risk fines, sanction hours, and other disciplinary action from the university. SNAP is obligated to log every call they receive about a student’s house, as well as their visits.

This system would make sense if every call made to SNAP was reporting a violation of the law, but this is not the case. Sometimes students do throw loud parties, but non-student residents call for reasons as trivial as house decorations they dislike or to preemptively warn about a party that hasn’t even happened yet. These calls reveal the ugly underlying power dynamic between students and other Georgetown residents. In a normal community, neighbors are expected to communicate with one another about their needs and frustrations. Face-to-face conversation fosters empathy and mutual respect, whereas SNAP creates bitterness and the sense that as a student, you do not deserve basic civility.

This is not to say that SNAP should be abolished. Its role as a buffer against the consequences of the D.C. legal system, were MPD to be called, is beneficial, and its ability to have eyes on the street and enhance the safety of the neighborhood is important. However, this editorial board believes that the role of SNAP as an intermediary between students and neighbors must be reformed to one with a more equitable distribution of accountability.

This shift in the SNAP system can be accomplished by raising the stakes for callers, as well as allowing for more case-by-case discretion in how to mitigate the situation when SNAP is called. People who call SNAP should be required to provide their name, and in the case of ongoing tensions, participate in a mediation process with their student neighbors. When the behavior being complained about falls within the parameters of D.C. law, SNAP should be able to mitigate with discretion. If their behavior is legal, students should have the freedom, just as other residents do, to respond to SNAP’s advice in whatever way they see fit.

In much more dangerous situations, such as reporting child abuse, anonymity policies ensure the safety of the caller, and even then they can have negative consequences when they’re made for misinformed or prejudiced reasons. The stakes in SNAP calls are not nearly as high, which is all the more reason for introducing accountability. Knowing that your name is attached to a call and that you will have to engage in the situation after you make it can help prevent minor and unsubstantiated complaints. It also allows the Office of Neighborhood Life to keep a record of the people who call most often and use that knowledge in order to contextualize and handle cases properly. Most importantly, it encourages neighbors to approach one another about their woes before calling SNAP.

The ultimate purpose of a program like SNAP is to relax the tensions between students and their neighbors while protecting students from interacting with MPD. But placating neighbors by punishing students is not the way to accomplish this goal. Fostering mutual respect and communication is. Students deserve to be treated with civility as much as permanent residents deserve to live peacefully.

2 COMMENTS ON THIS POST To “Restore Neighborliness, Reorient SNAP”