100 Seconds to Midnight: Scientists and World Leaders Warn of Doomsday 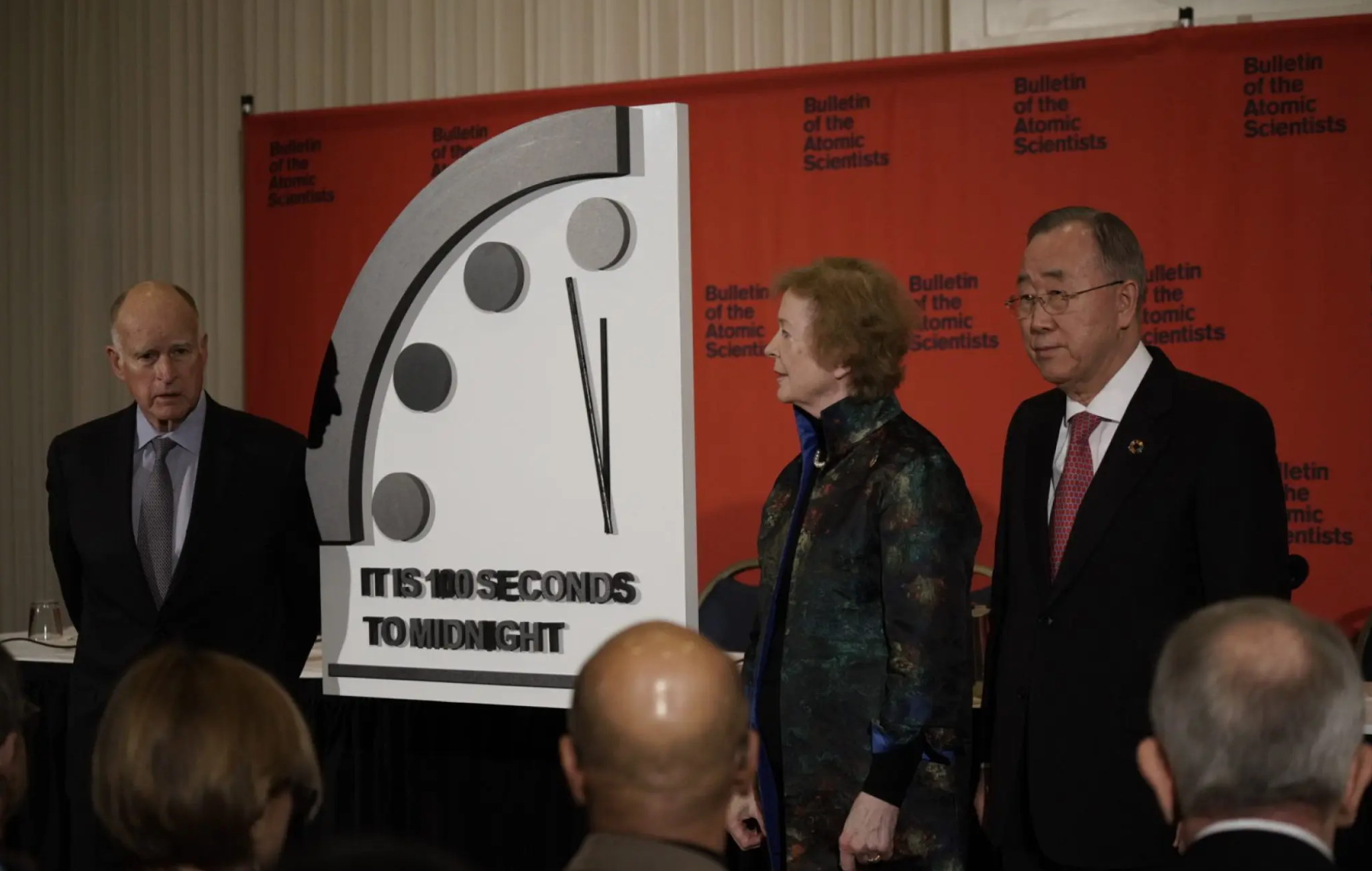 Humanity is closer to destruction that ever before, according to a group of security experts and world leaders who visited campus on Jan. 23. The Bulletin of the Atomic Scientists, a media and advocacy group, updated their symbolic “Doomsday Clock” Thursday morning to reflect increased risks to humankind from nuclear war and climate change.

2019 saw both the highest rates of greenhouse gas emissions ever and marked the end of the hottest decade in recorded history. Challenges are also mounting on the nuclear front, according to the Bulletin. “Every major nuclear state is reinvesting heavily in their nuclear arsenals, and both the US and Russians are changing their doctrines and postures to widen the ability to use nuclear weapons. We are very concerned about this increasingly dangerous environment,” wrote Rachel Bronson, CEO and president of the Bulletin, in an email to the Voice.

The group moved the Doomsday Clock up to 100 seconds to midnight, the closest the clock has ever been to apocalypse. The Bulletin traces its origins back to a group of scientists involved in the Manhattan Project, the undercover American program that developed the world’s first nuclear bomb. Since then, the group’s Doomsday Clock has edged forward and backward, but, even during the Cold War, the clock never reached later than two minutes to midnight.

Robinson reaffirmed that these are extraordinary times. “We’re faced by a gathering storm of extinction-level consequences, and time is running out,” she said. “The science of the climate crisis makes it imperative that we take urgent action in 2020.”

Robinson advocated for widespread public movements to both limit nuclear weapons and slow climate change. “Until we make it uncomfortable for governments not to act, they won’t act,” she said. “I think it’s understandable; we have governments with elected representatives, and elected representatives have a big desire to be reelected. And therefore, they’re not going to take hard decisions in the meantime.”

Ban agreed that real global action addressing these problems is hard to come by. “Many people come to the United Nations and say all good visions. By the time they fly out of JFK airport, they just forget everything,” he said.

These two world leaders spoke at the livestreamed Georgetown event, which was hosted by the Conflict Resolution Program and 12 other cosponsors, as part of the Elders, an organization of political leaders and activists founded by Nelson Mandela in 2007.

To address risks of nuclear catastrophe, the Elders have put forth a “nuclear minimization agenda.” They advocate that all nuclear states articulate a policy against launching a first nuclear strike, decrease their number of warheads, and take the remaining weapons off hair-trigger alert.

Some groups, such as the International Campaign to Abolish Nuclear Weapons (ICAN), push further. On the other hand, Keir Lieber, director of Georgetown’s Security Studies Program and associate professor in the SFS, doubts the feasibility and desirability of a world without nuclear weapons.

“The last time we did that, we got World War II, and before that, we had World War I,” Leiber said. “So I think there’s some great debates here. I think it’s a good thing to draw attention to nuclear dangers. But at the same time, I think there’s a tendency to ignore the stabilizing role that nuclear weapons might play in international politics.”

Even if nukes are here to stay, though, Bronson argued that there are safer alternatives to the current situation. “There is still a significant amount we can do to reduce the likelihood of a nuclear exchange, by design, accident or miscalculation, without needing to figure out whether we can go to zero nuclear weapons,” she wrote.