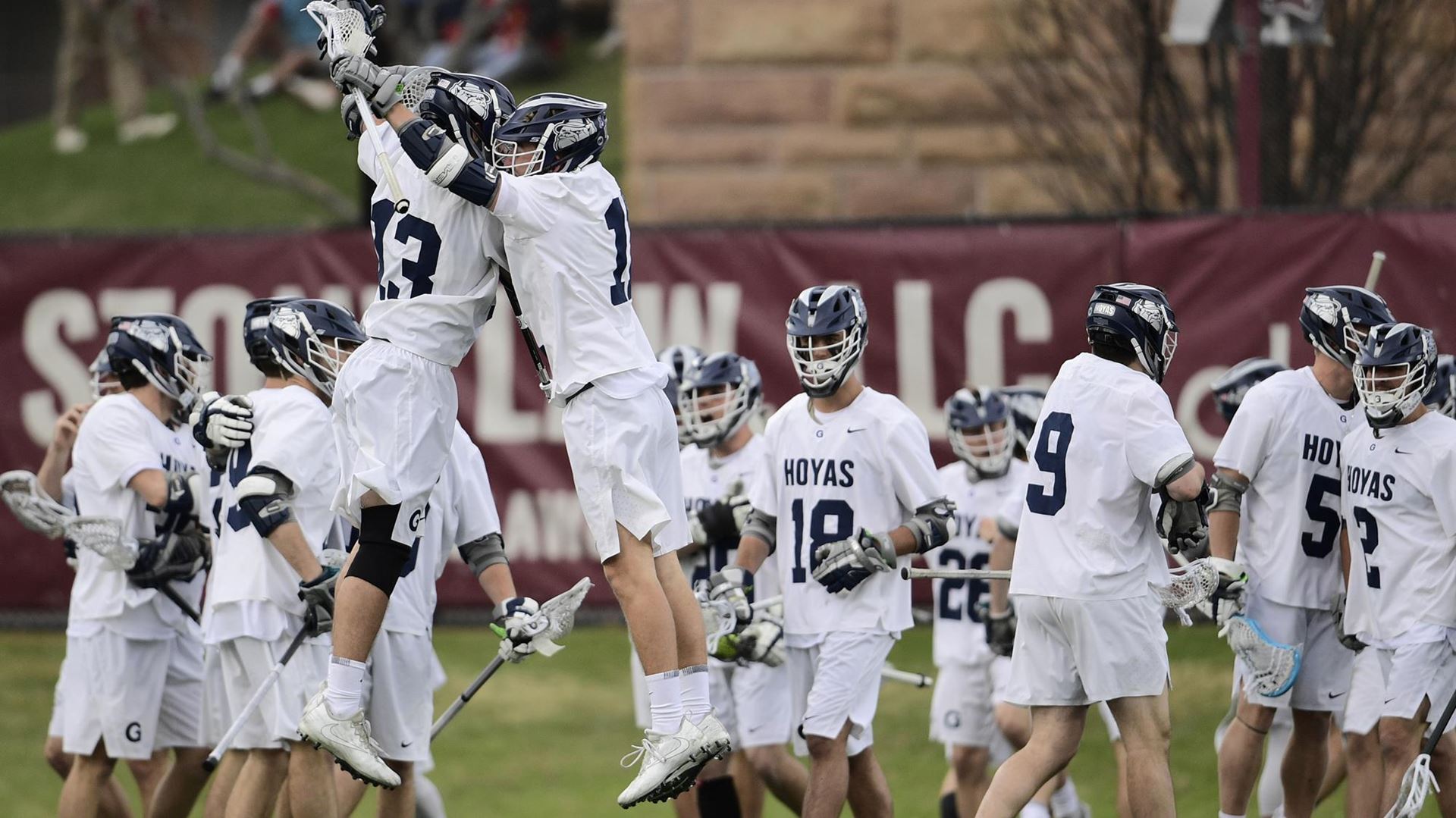 The No. 15 Georgetown Hoyas men’s lacrosse team (2-0, Big East) won their second game of the season against the UMBC Retrievers (0-1, America East), who dropped their season opener. Coming off a dominant 17-3 showing against Lafayette last week, Georgetown Head Coach Kevin Warne’s team continued its strong play on both ends of the field to deliver a 14-8 victory. Led by strong performances from sophomore face-off man James Reilly and senior attackman Jake Carraway, the Hoyas overcame an initial deficit and the doldrums of early season lacrosse to fend off the Retrievers.

Entering the game ranked 15th in the nation, the Hoyas faced a fellow defending conference champion and tournament team from a year ago. The Retrievers got off to a fast start, opening up a 2-0 lead with goals from senior attackmen Brett McIntyre and junior midfielder Steven Zichelli. Georgetown did not get on the board until over eight minutes into the game, when sophomore midfielder Peter Thompson opened a three-goal run that gave the Hoyas a brief 3-2 lead. UMBC junior midfielder Mitch Howell’s goal with 1:48 left in the first quarter struck just before a scoreless stretch that would last nine minutes.

The end of the first and beginning of the second quarters featured messy early season lacrosse as both teams struggled to score in the face of stout defensive play. The sides combined for five penalties and 15 turnovers in the first half as they seemed to be heading for a standstill. With the games still tied at three apiece, an electrifying 59-second stretch midway through the second quarter proved decisive, with three goals by the Hoyas to seize the lead for good. Carraway’s two goals in quick succession (at 7:48 and 7:01) gave him a hat trick on the day and provided the Hoyas a spark. Freshman midfielder Will Godine scored the first goal of his career to cap off the run, and the two teams traded goals to enter halftime with the Hoyas ahead 7-4.

A solid second quarter to take the lead proved the prelude to a dominant third quarter to seal the game, as the Hoyas displayed their scoring depth. Goals by Dylan Watson, Massimo Bucci, Declan McDermott, and Robert Clark sealed a four goal stretch to put the game out of reach at 11-4. The Retrievers were unable to break through until Ryan Frawley, their leading goal scorer from a year ago, stuck with 4:12 left in the third to narrow the score to 11-5. The Hoyas increased their already daunting lead with a devastating play at the very end of the quarter, as Dylan Watson made a heads-up play to corral an errant ball and score with 0.8 seconds left in the third.

Entering the fourth quarter down 12-5, UMBC put up a strong effort late to outscore Georgetown 3-2 in the quarter. However, an ongoing possession advantage courtesy of sophomore face-off man Reilly combined with solid play on offense and defense kept the game well in hand.

A solid second win on the year showed continued strong play from several key players. Carraway showcased his ability as an offensive quarterback, with the senior leader scoring four goals and assisting on three more. Fifth-year attackman Robert Clark had a hat trick, and senior midfielder Massimo Bucci showcased as a facilitator, scoring one goal with three assists. In addition to heavy contributions from their experienced leaders, the Hoyas also received strong contributions from sophomore attackmen Dylan Watson (two goals), midfielders Peter Thompson (one goal, one assist) and Declan McDermott (one goal), as well as junior Colin Munro (one goal). Sophomore face off man James Reilly gave his team a decisive advantage, winning 19 of 24 faceoffs against the four different players UMBC Head Coach Ryan Moran sent to try to even the time of possession. Goalie Owen McElroy stayed sharp despite long periods of inactivity, allowing eight goals against nine saves, backing up a strong defensive effort. Overall, consistent possession advantage combined with a strong mid-game run gave Coach Warne and the Hoyas a strong performance in a 14-8 road victory.

After an encouraging two game stretch on the road, the Hoyas open at home next week against Fairfield University (1-0, Colonial) as they seek to remain undefeated on the season. Scheduled to begin at 12:00 pm at Cooper Field, live stats will be available at guhoyas.com. Follow @GUVoiceSports on Twitter for live coverage and breaking news of all sports at Georgetown. 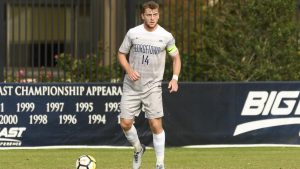 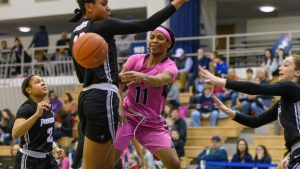 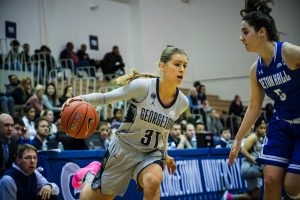