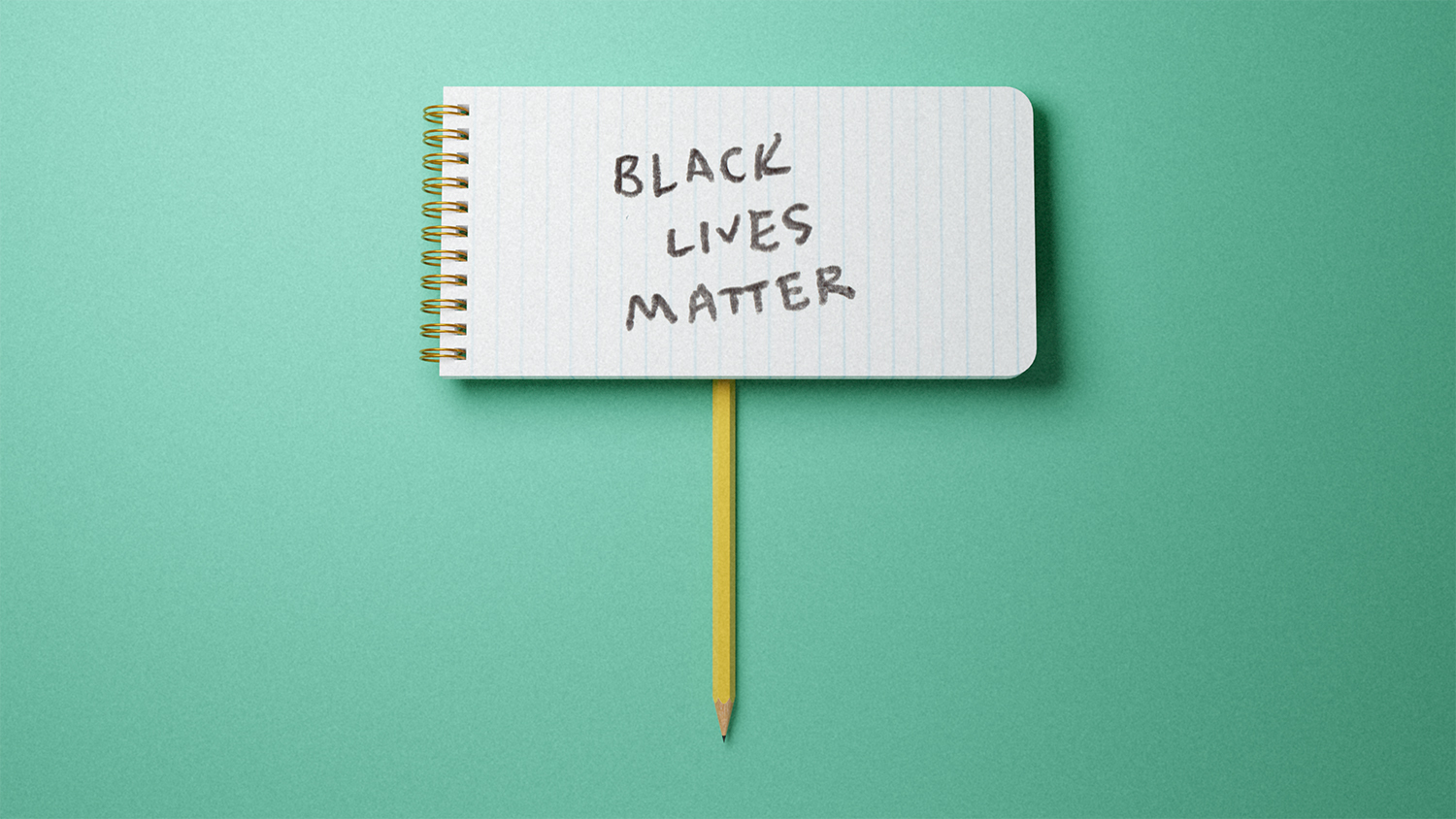 As global demonstrations against racial injustice continue into their fourth week, the breadth of inequities being protested against has expanded far beyond the police brutality that ended the lives of George Floyd and countless other Black Americans. The pervasiveness of systemic racism and anti-Blackness is being confronted in all facets of American life. This editorial board believes it is far past time that journalistic institutions—ourselves included—confront the ways that the media perpetuates racism and anti-Blackness as a result of its own coverage.

The Editorial Board of the Voice approaches this topic as a currently entirely non-Black body, and acknowledges that the issues and strategies for change discussed below are only initial steps in a process that is ongoing and never fully complete. Central to the mission of confronting racism in media coverage is listening to the critiques raised by Black reporters and readers and responding to those critiques with visible changes in policies and  approach to reporting. When trying to achieve institutional change and grappling with the responsibility of reporting on injustice, journalists must consider the weight of their own platforms and the scope of their reach.

When considering bias in reporters, newsrooms must recognize that Blackness is not a political position. Black reporters are able to cover stories about Black activism just as unbiasedly as non-Black reporters. To claim otherwise is to politicize a reporter’s race. This issue arose in the newsroom of the Pittsburgh Post-Gazette, which barred a Black reporter from covering local Black Lives Matter protests out of fear of potential bias. None of this is to endorse newsrooms pigeonholing their Black reporters into covering exclusively Black issues either—it is harmful to perpetuate the narrative that racial injustice is a “Black problem.” It must not be the responsibility of Black reporters to educate their colleagues about race. Newsrooms should never burden a reporter with, nor bar them from, racial coverage based upon the race of that individual reporter.

At the core of this journalistic responsibility is a relatively simple truth: protests live and die by the media coverage they receive. Assembly is a tool that is employed by communities in order to engage the larger public and force conversation about the matter that has caused mobilization. While journalists are not activists and have an obligation to remain objective reporters, they also have a responsibility to represent the full scope of a protest whenever one should appear. This means going beyond reporting the mere existence of the protest and engaging with demonstrators to learn about their motivations. It means providing historical context about the demands being raised and explaining how that context has led to the current political moment. It means confronting those in positions of power about their responses to those demands and following up on the resulting action or inaction.

If a reporter only reports on one part of a story, most would agree: the reporter didn’t do their job. Yet when reporting on the Floyd protests and past Black Lives Matter mobilizations, the resulting coverage often became overloaded with images of violence at the expense of historical context and demonstrators’ motivations. This is especially true of cable news coverage: In Baltimore, for example, coverage of the protests on CNN, MSNBC, and Fox News spiked by 162 percent when violence broke out on April 27 after two days of mass peaceful protests. Stories also tend to be more reliant on official sources than on protester interviews, further skewing the conversation away from understanding demonstrators’ true intentions.

One of the most egregious instances of this came on June 14, when Fox News published digitally altered and misrepresentative photos on their site when covering protests in Seattle. The photos, one of which featured an armed man digitally placed into the site of a protest, used unbiased journalism to reinforce the anti-Black media narrative that Black Lives Matter protesters are violent and dangerous.

While this example is clearly misleading, it is crucial to note that images do not have to be doctored or mislabeled to be misrepresentative. Truthful yet excessive reporting on specific instances of violence can still reinforce false narratives about protests and race. If a publication covers largely peaceful demonstrations but chooses to headline its coverage with images of fire or reports of looting, then it is still failing to accurately and comprehensively inform its readership about what is happening and why. That, in turn, makes the publication a vessel for furthering the anti-Black messages it claims to be independent of. Through the stories they chose to tell, the subjects they portray, and voices they represent, all writers and editors contribute to a narrative whether they want to or not. News media therefore has the responsibility to make sure this narrative does not propagate systemic racism.

Uplifting Black voices in the media does not mean interviewing one Black source. Newsrooms must not mistake an individual’s Blackness as being “representative” of entire communities or the Black Lives Matter movement at large—that in and of itself would be incorrectly stereotyping the Black experience. Coverage must engage widely with Black demonstrators and communities, and delve into the diversity of belief and perspective that comes along with that engagement.

Beyond the intricacies of what stories are prioritized and which reporters are assigned to write them, decisions as fundamental as word choice can vastly impact the media narrative. The New York Times came under fire for using passive voice in its descriptions of violent protests that emphasized the role of protesters and downplayed police aggression. While protesters allegedly “struck,” a reporter “was hit” by a rubber bullet from an officer “who appeared to be aiming for her.” Word choice may seem insignificant, but the connotations of vocabulary and phrases can warp the way an event or issue is perceived by readers.

The ability to make editorial choices offers journalists inherent privilege. Writers choose how news is depicted and hold a platform with widespread exposure that directly influences public opinion. In a predominantly white industry, many journalists lack understanding of the experience of people of color and Black Americans. It is the responsibility of white journalists to use their platform to comprehensively address racism and to elevate Black voices in their news coverage.

Journalism offers writers a platform that directly influences public opinion over issues of importance such as the Black Lives Matter movement. Media sources must strike a balance between reporting the news accurately while not propagating harm. The Times received additional criticism over its coverage after publishing an opinion piece by Senator Tom Cotton (R-AR) who called for the use of military troops to restore civil stability as protests continued across the nation. While publications such as the New York Times have a responsibility to portray different perspectives, opinions should make a valid contribution to public dialogue without inciting violence. Cotton’s op-ed encouraged violence against protesters, questioning their First Amendment right to protest and further endangering the lives of Black Americans.

The Times could have featured a different opinion piece that represented a similar perspective without spreading hate. Americans are guaranteed freedom of speech, but speech published in a professional newspaper should not silence other people’s speech expressed in the form of protests. Social media platforms like Twitter, Instagram, and Facebook have policies against the spread of hateful speech. Journalism should be held to an even higher standard in preventing the communication of ideas that encourage violence or racism. Articles are not like a tweet written in thirty seconds: they involve deliberate framing decisions, an editing process, and are published on an authenticated platform.

Journalism should not just improve its involvement in racial conversations by improving its coverage of movements such as Black Lives Matter. Internal institutional changes are required to prevent the propagation of system racism. News publications across the United States are predominantly white, and demographics of writers often fail to represent the racial makeup of the cities they report on. Over 77 percent of American newsrooms are made up of non-Hispanic white employees. In 2018, the Washington Post newsroom was 28.92 percent people of color whereas the city itself is 55 percent people of color. White journalists benefit from the same system of white privilege that the Black Lives Matter movement is attempting to change.

As part of a news magazine, the Voice editorial board does not only call for changes within media sources across the United States, but within itself. All journalistic publications must make a new effort to elevate Black voices, improve coverage of issues in communities of color, and work towards institutional changes that end the propagation of systemic racism in American journalism. These changes are long overdue and will not end systemic racism in America. They are, however, necessary steps toward change. 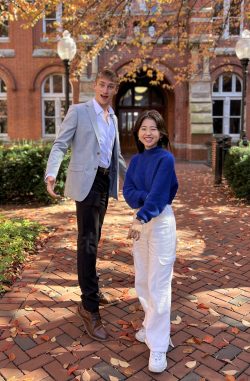 Journalism and movements in America |

[…] They see the media focusing more on the damages that are resulting from protests in cities across the country rather than the issues that are causing the protests in the first place. Even when seeing who should be reporting on systemic issues, there is a debate on if people of color are unbiased enough to cover such topics. […]