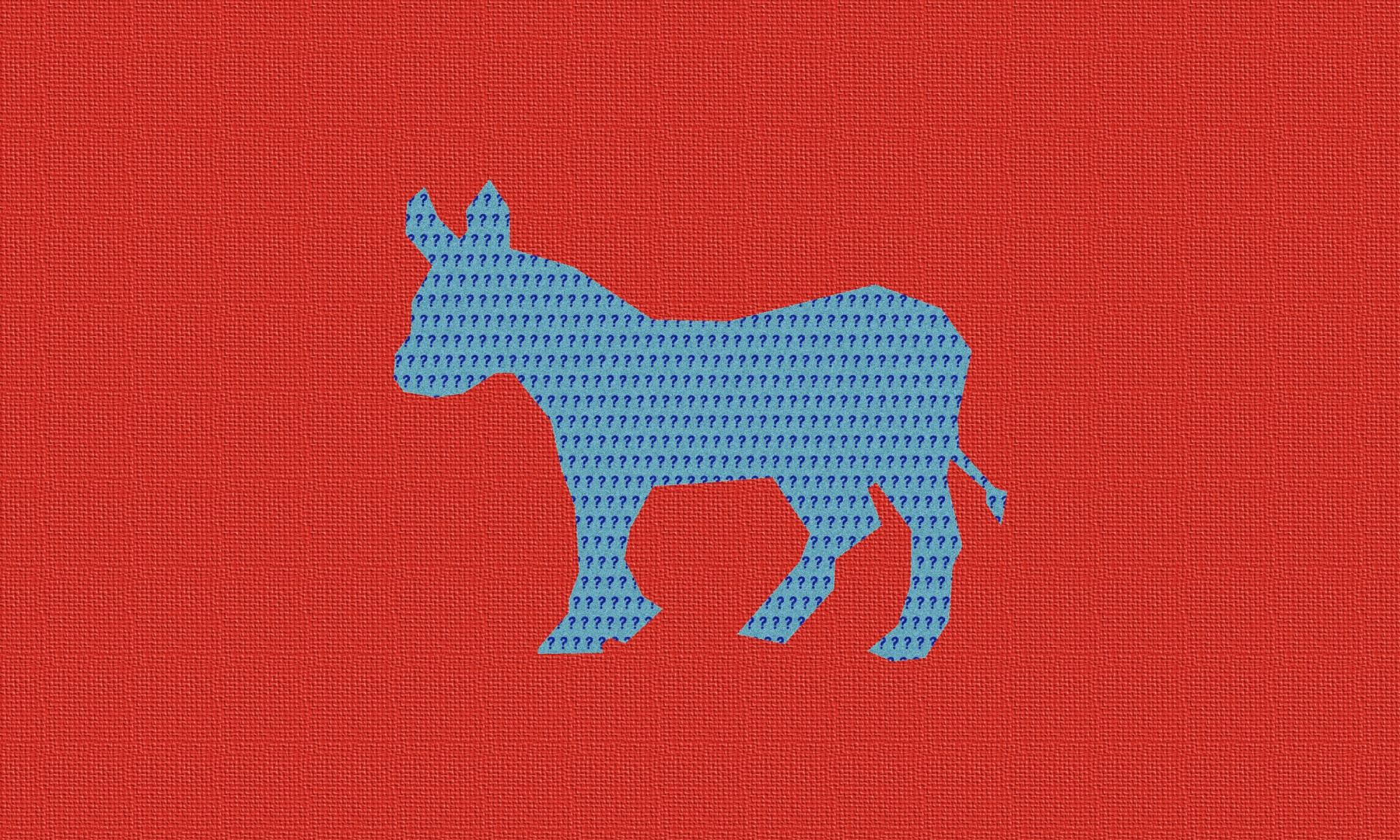 The Democrats did not have the sweeping victory they were hoping for on Nov. 3. Although Joe Biden is now president-elect and likely to withstand any legal challenges from President Trump, the Democratic Party did not maintain any down-ballot momentum they had in their favor in the 2018 midterms. So far, they have lost a net eight seats in the House, and control of the Senate hangs precariously in the hands of the runoff elections in Georgia. The 2020 election has been popularly framed as a referendum on Trump—and although he lost by several million votes, Trump still gained the second most votes for a presidential candidate in history. He is a compelling figure to many, and still inspires the Republican base of voters in a way that Joe Biden did not for Democrats. Many have described themselves as “settling” for Biden, due to an overall lack of desirable candidates. This points to a serious succession crisis. Although Biden was clearly the right man for this election and the right leader for a country in a pandemic, it’s unlikely that a candidate like him would have succeeded against a less controversial opponent.

Following this election, the Democratic Party has some soul-searching to do. There was an initial lack of enthusiasm for Joe Biden; however, he was the most “electable” candidate, and the goal of beating President Trump outweighed any other concerns. Biden’s years of experience made him uniquely suited to dealing with the pandemic, and his reputation as an honest and caring politician put him in stark contrast to Trump. He also appealed to the widest demographic of voters. However, beating Trump is not a sustainable party platform—party succession will require more than a strategy based on an opponent. Biden will be 78 when he takes office, and there is no frontrunner for his successor. Although Vice President-elect Kamala Harris is relatively young, qualified, and has shattered the glass ceiling for women and people of color, there was a substantial lack of enthusiasm for her as a presidential candidate in the Democratic primary.

It’s concerning that the entire Democratic leadership in Congress is over the age of 65. In fact, Kamala Harris is the only senior figure in the party under 60. The median age of voters in the U.S. in 2019 was 50, and in this election, 10 percent of voters were Gen-Z, up from 4 percent in the previous election. Younger voters have different concerns, such as climate change, racial tensions, and student loan debt. Many of these concerns aren’t being addressed by older members. The fact that Congress didn’t address crippling student loan debt until it was brought up by comedian Hasan Minhaj on his show Patriot Act is incredibly concerning. The priority for the party should be to put forward and support the most capable candidates to serve the people.

Not only that, but fresh ideas and relatability to voters are important. The last two Democrats to become president, Bill Clinton and Barack Obama, are younger than both candidates that ran in 2020. An article in Vanity Fair described how President Obama was viewed as young and able to use the internet, whereas his opponent John McCain was completely clueless. His views on healthcare and LGBT+ rights also aligned with those of younger voters, and he promised to end the Great Recession which most significantly affected recent millennial college graduates. There is value in wisdom and experience, but not so much that the Democrats should sacrifice the opportunity to bring in leaders with fresh perspectives. The America most of the leadership grew up in doesn’t exist anymore, and it is important to have representatives in line for succession who truly understand the electorate and their needs.

Aside from the age problem, the split between progressive and moderate Democrats has reached a point where it cannot be ignored any longer. If the Democrats want to achieve their goal of regaining control of the Senate, they need to decide which direction they want to take the party in and how they’re going to appeal to a large enough number of voters. At the moment, it seems like a more moderate approach that allows room for independents and former Republicans would be most effective. Progressive members of the party came under fire from moderate members who lost or came close to losing their seats in this election. The moderates blamed progressive policies and messaging for putting their swing district seats at risk. Representative Alexandria Ocasio-Cortez denied this in an interview with The New York Times, making the point that all incumbents who endorsed Medicare for All—a progressive policy—kept their seats.

The Democrats narrowly won this year by building up a coalition that included a number of suburban voters who voted for President Trump in 2016 and likely would lose that coalition by supporting far-left succession candidates. Suburban voters were particularly important in swing states such as Arizona, Georgia, and Pennsylvania that were essential to winning the election. For many voters, the biggest draw to the Democratic Party was that they were anti-Trump. As long as President Trump maintains a hold over the Republican Party, it is unlikely that they will return to it in a presidential election. However, the Democrats need to continue to win over these voters to maintain power down-ballot. Many of the same voters in Arizona who helped flip the state in the presidential election also voted for Mark Kelly, a moderate Democrat, in the senate race. They are happy to vote for more moderate Democrats, but aren’t necessarily attached to the party itself. Policies such as Biden’s healthcare plan show that there is a way to keep both ends of the coalition happy. It encompasses new ideas forwarded by progressives but doesn’t force them on more moderate voters who are uncomfortable with the level of government involvement and spending they would need.

As they think about succession, Democrats could make themselves more appealing to a number of voters by adjusting their messaging. There is often a gap in what the Democrats mean and how it is interpreted by the public. In a leaked private conference call that took place following the election, Representative Abigail Spanberger, another moderate Democrat from a swing district, decried the use of “socialist” and “socialism” in messaging. Republicans have long used campaigns that brand Democrats as socialists and communists, but with the increasing number of self-described Democratic Socialists in the party, the attacks now have much more credibility. In Miami-Dade County, messaging from Republicans branding Democrats as Socialists was particularly effective, and Congresswoman Donna Shalala, a moderate Democrat, lost her seat. She claimed that by the end of her campaign, people were calling her a Communist. Hispanics make up 71 percent of the population in Miami-Dade county, and many are immigrants who fled from left-wing dictators in their home countries. The word “socialism” carries many negative connotations for voters in Florida. However, a number of more progressive moves were approved on the ballot, despite the Democrats losing overall. The Democrats are losing out on voters who actually agree with them on a number of issues because they allow flawed messaging to be perpetuated.

The Democrats have several problems to work out before 2024. There needs to be a compromise between the progressives and moderates in the party, so that they can start working together to create campaigns that appeal to a wide range of voters. Additionally, the party needs to prioritize succession by creating more opportunities for younger members to move up the ranks so that they can gain the experience needed before running for higher office. The expense of running for office favors older candidates who have had time to build up wealth, and the generally aging population in the U.S. contributes towards older people leading in almost every industry, especially politics. The Democratic primary might have been incredibly diverse, but a lot of the candidates lacked the experience or recognition among voters to be successful. Perhaps as discussed in The Week, the norm of retirement needs to be reestablished in politics, or a mandatory retirement age should be introduced as is present in the U.S. military. Whichever they choose to follow, the Democrats need to start taking the idea of succession seriously. It’s irresponsible that they have reached a point where the party is so divided and the bench for succession is so shallow.

Kulsum Gulamhusein
Kulsum is a senior in the College and the Executive Opinion Editor. She is a transfer student, and her favourite time of the year is when she gets to "play" coursicle.