The “Fake Pietro” Problem in WandaVision

Let me start by setting the record straight: WandaVision is great. Stylistically speaking, it is one of the most ground-breaking projects from the Marvel Cinematic Universe (MCU), exploring aesthetics from previous sitcoms and offering a much-needed breath of fresh air to the superhero genre. It is also one of the most mature shows from the franchise, delving into issues of trauma, grief, and mental health. With stellar performances, detail-oriented world-building, and a killer origin story, WandaVision gave the MCU’s newest phase an almost flawless debut.

That being said, I have to be honest: the “Fake Pietro” reveal didn’t work.

If you have been hiding under a rock for the past few months, let’s re-wind: WandaVision is set after the events of Avengers: Endgame (2019). Without a lot of context, the first couple of episodes feature Wanda Maximoff (Elizabeth Olsen) and Vision (Paul Bettany) as a married couple in a sitcom-style series similar to Bewitched, The Dick Van Dyke Show, The Brady Bunch, and other TV shows. Instead of fighting super villains, the superhero duo goes through your typical sitcom plot lines: they perform in a talent show, get bothered by their nosy neighbor Agnes (Kathryn Hahn), and even have kids—Billy (Julian Hilliard) and Tommy (Jett Klyne). Outside from this perfect world, however, is S.W.O.R.D., a new government organization that is trying to dismantle the magical dome—nicknamed “The Hex”—that Wanda built around the city of Westview, NJ. While S.W.O.R.D. Director Hayward clearly has some nefarious agenda, Monica Rambeau (Teyonah Parris), Jimmy Woo (Randall Park), and Darcy Lewis (Kat Dennings) team up to save Westview without taking down Wanda.

With only one episode released per week, WandaVision’s popularity grew in suspense. How did Wanda build the Hex in the first place? Is a super villain behind all of this? Is Agnes really just a normal neighbor (spoiler alert: she is not)? However, one of the show’s greatest mysteries was introduced in Episode 5, titled “On a Very Special Episode…”. Out of nowhere, Pietro Maximoff shows up at Wanda’s doorsteps, this time played by Evan Peters.

While that last clause may sound like a minor detail to a non-Marvel fan, the casting change had huge implications for WandaVision. Pietro Maximoff had been previously portrayed by Aaron Taylor-Johnson in Avengers: Age of Ultron (2015), where he died sacrificing himself. So who was this imposter? Some fans speculated that he was Mephisto, a devil-like villain from Marvel Comics. However, after the reveal that Agnes—now known as the witch Agatha Harkness—was manipulating him in Episode 8, most fans went with the theory that this was Peter Maximoff from the FOX X-Men universe, where Peters played the speedster in some of the most memorable scenes from X-Men: Days of Future Past (2014) and X-Men: Apocalypse (2016). Could this be the MCU’s way of starting the multi-verse and bringing in the FOX X-Men into their own stories?

So, after weeks of speculating, theorizing, and catching all the Easter eggs possible, fans tuned into Episode 9, “The Series Finale,” to learn that Peters wasn’t playing Mephisto or Peter Maximoff. He wasn’t even the S.W.O.R.D. Beekeeper agent as some fans theorized. No, Peters was cast as…Ralph Bohner.

You might be asking, “Who is this Ralph Bohner?” Surely, for him to get such a big reveal, he must be some important character from the Marvel comics. That’s the thing: he is not. He is just some random Westview citizen that Agatha brainwashed to act as Wanda’s dead brother, so she could spy on her. The “big reveal” was basically a nobody who has zero implications to the MCU and who serves as a joke that no one asked for.

There are some potential explanations as to why Marvel thought this was a good thing to do. For years now, fans have been able to guess movie plotlines and big reveals solely through community theorizing and over-analysis of comic books and Easter eggs. Casting someone as important to fans as Peters only for him to play a nobody seems like a good move to avoid doing something that everyone is expecting. It had the potential to be a great way of completely subverting the audience’s expectations…except it wasn’t.

For starters, in trying to completely invert people’s expectations all of a sudden, plot holes begin to show. Episode 9 perhaps offers the most of them: in an attempt to get the reveal over and done with, the show makes it the fastest it could possibly be. After being kidnapped by Ralph, Monica finds some letters and headshots with his real name in his house. She questions him, they fight, she rips off his brainwashing necklace, he breaks out of the trance, and she supposedly leaves him off-screen—and Ralph never appears again. Fair enough, right? Ralph needs to get out of the story, so we can have Wanda in the spotlight in the latter half of the episode. However, in trying to do this, the show goes against its own established rules. The show established numerous times—in both Episode 4 and Episode 9—that Wanda changed the names of the Westview citizens under her Hex. Ralph and Agatha’s house is clearly under Wanda’s magical effects, as can be seen in the chance of aspect ratio in the previous episode when Wanda finds Agatha’ underground lair and thus leaves the Hex. So shouldn’t the letters and headshot that Monica found still be enchanted by Wanda? Is Ralph Bohner his real name or just the one Wanda gave him? The show rushes his reveal in order to not take attention from Wanda, but that becomes counterproductive and only brings more questions regarding Ralph.

Ralph Bohner also makes no sense from a magical perspective either. During her villain monologue, Agatha admits that, in her plan to get Wanda’s powers for herself, she couldn’t give Wanda an exact copy of her brother because “necromancy was a non-starter.” Since his body was in another country and filled with bullet holes, she had to possess someone else. It seems reasonable, but it’s not. In that same scene, Agatha transforms a bug into a bird. So why couldn’t she just do the same thing and change Ralph to look like the original Pietro? It sounds painful, but am I supposed to believe that Agatha made a less-than-ideal Pietro out of mercy? If that wasn’t frustrating enough, don’t even get me started on his superspeed. Did Agatha give him that? If she did do that, why didn’t she just give herself powers before trying to take down Wanda? Better yet, why does she even need to steal Wanda’s powers when she could just give herself super abilities? WandaVision makes a big deal out of its established magic power scale in the finale, but Ralph Bohner makes the entire thing fall apart the more that you look at it.

Aside from logic, the reveal also just feels tonally off. At the start, WandaVision felt like a mysterious, sitcom-style show with eerie secrets. However, as the show progressed, it became an exploration of loss and trauma. Wanda clearly has gone through a lot in the past movies—losing her parents, her brother, Vision—and WandaVision finally lets screenwriters and audiences explore that pain. However, it’s mind-boggling how anyone could think that a Ralph Bohner reveal wouldn’t stick out like a sore thumb in the middle of such intense, emotional exploration. One week we get gut-wrenching lines like, “What is grief, if not love persevering?” Then, in the next episode, we get, “Boner haha.” Make it make sense, because I can’t.

Maybe none of those things should matter. It’s a show about Wanda, not about some secondary character that fans got overly attached to. That, in itself, however, is one of the most frustrating things about watching WandaVision: the fact that a lot of criticism seems to believe that viewers must either love or hate the show. If viewers have problems with the show, it’s obviously only because they’re fans who are upset their theories were proven wrong. To write off the show’s flaws in this way only assigns WandaVision this weird holiness, that it is somehow immune from criticism, indicating that only its main character arc matters. The truth is that you can watch this show, recognize that Wanda’s journey was executed flawlessly, and still think that the Bohner joke didn’t land. One thing doesn’t cancel the other.

The “Fake Pietro” reveal exemplifies a recurring problem in WandaVision: the show tries to have its cake and eat it too. The show was a mystery-filled plot that threw plenty of red herrings, either on-screen or behind-the-scenes (no, I’ll never get over that “Luke Skywalker cameo” lie). In reality, WandaVision was never going to follow through with them, not even the ones regarding Peters. A Mephisto reveal would take back the awesomeness of Agatha Harkness, one of the most iconic villains of the MCU so far. Peter Maximoff, on the other hand, would open up the multiverse—and take off the spotlight from Wanda’s emotional journey. WandaVision was limited from the very start in balancing story and fan service, and I can’t blame them for choosing the former over the latter. However, what hurts the most is that WandaVision denied its own limitation up until the finale. Casting Peters to play a “Fake Pietro” led to an intense build-up that dragged on through multiple episodes, only to ultimately have little to no payoff. In retrospect, even though Peters is a phenomenal actor and a delight to watch, you can’t help but feel like it was a waste to spend so much time on a pointless character.

WandaVision doesn’t fall apart for not delivering on these expectations, but it’s not perfect. The show gave Wanda the development that she desperately needed, but that doesn’t mean that it did the same with all of its characters. It tried to play with fan expectations, and that is a fair, valid choice. It’s just a shame that it feels that the show opted to laugh at fans rather than with them. 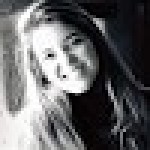 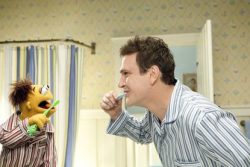 QUIZ: Are you a man, or are you a muppet?