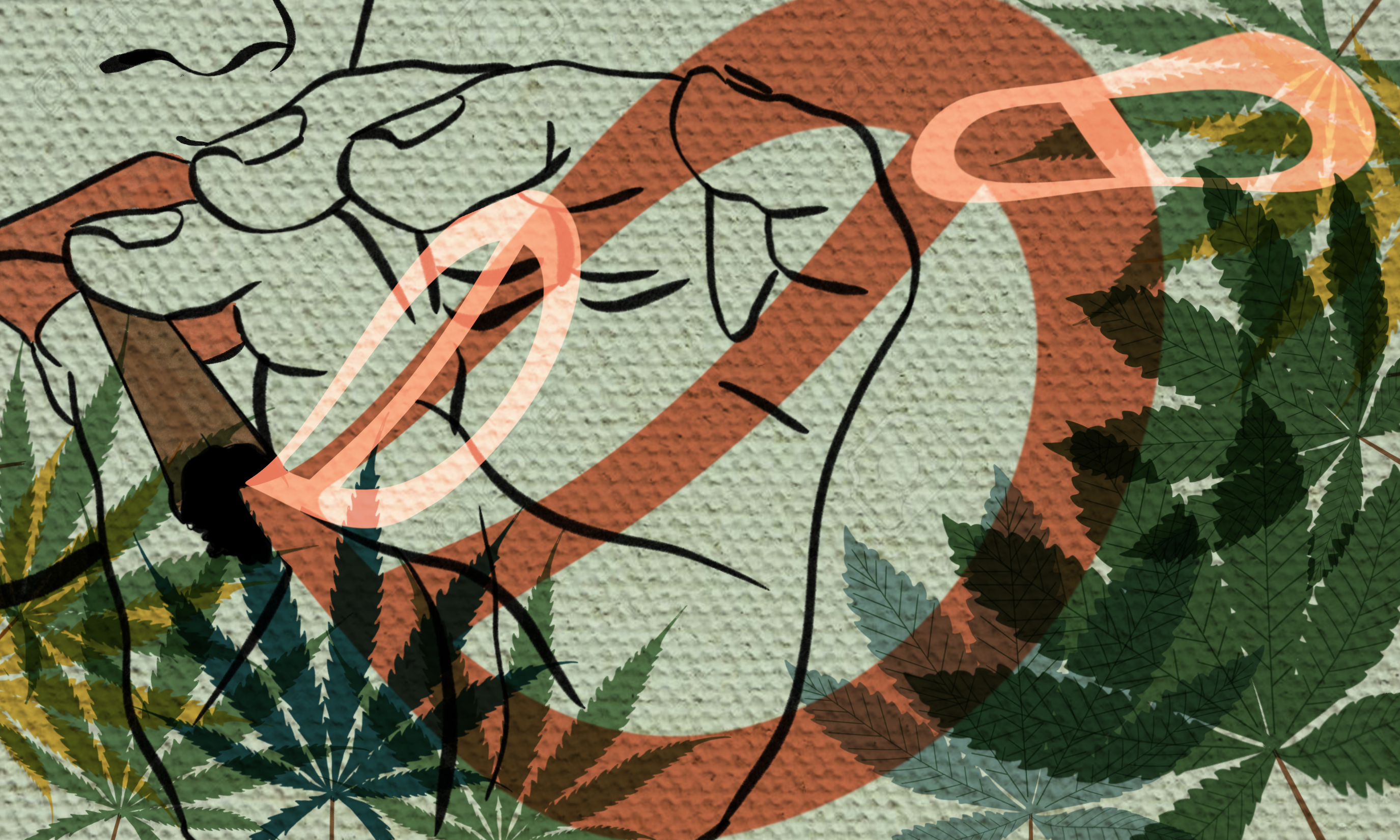 This is the story of D.C.’s latest attempt to legalize the cultivation and sale of marijuana. The District’s marijuana industry has existed in limbo since the possession of up to two ounces of weed became legal in 2014. Recreational weed shops now “gift” weed to customers, who purchase a small item, such as a postcard or pamphlet, for an exorbitant price. This circumventive transaction is the result of inconsistencies in the District’s current cannabis laws; residents may grow and possess small amounts of marijuana, but cannot legally buy it. Shops can gift it to customers, but the accompanying sale cannot be taxed.

The continued criminalization of purchasing cannabis has most harmed D.C.’s Black residents, a historic inequality new bills hope to address. Despite the legalization of possession in 2014, Black men have been routinely arrested for intent to distribute when they are found to have marijuana on them, which carries a higher sentence than simple possession. Black residents make up about 50 percent of the District’s population and represent over 90 percent of marijuana-related arrests in the District, according to the ACLU.

Local politicians like Mayor Muriel Bowser and D.C. Council Chair Phil Mendelson have been pushing once again for full industry legalization since the Democrats took control of Congress earlier this year. Due to its non-statehood, D.C. requires the national legislature’s approval to regulate the marijuana industry. Cannabis’ quasi-legal status in the District was not the 2014 legislation’s intended design, as D.C. legislators have pointed out numerous times. It is instead due to a federal budget provision that prevents the District government from using its resources to regulate or tax the sale of marijuana. Democrats greatly oppose the budget rider implemented by Congressman Andy Harris (R-MD), which creates a restrictive cannabis industry.

The latest legalization push comes as part of a DMV trend towards legalizing the marijuana industry. Virginia’s legislature recently voted to legalize the possession of marijuana, though the law will not take effect until 2024, and similar bills have been introduced in Maryland.

Both Bowser and Mendelson have introduced bills that would create a legal recreational cannabis market for all residents above the age of 21. Each plan approaches the task in three steps: tax the sale of cannabis, prioritize formerly incarcerated citizens to work in the budding industry, and use the revenues to fund equity and justice efforts across the District. That also means establishing a regulatory system, as well as opening up the cultivation and manufacturing industries, which are currently only legal in D.C. for medical marijuana.

A common theme in these local bills is a heavy tax on marijuana sales. Bowser’s bill imposes a 17 percent sales tax, which would go toward helping fund startups for social equity applicants and returning citizens. Mendelson’s offers a slightly lower tax, at 13 percent. Such taxes may serve to make the legal marijuana market less accessible, a concern Mendelson hopes to combat.

According to Queen Adesuyi, the policy manager at Drug Policy Alliance, DMV legalization pushes have uniquely centered racial equity in their implementation. “D.C. was one of the first jurisdictions in the country that led their marijuana legalization campaign through a racial justice lens,” Adesuyi said, pointing out how most cannabis campaigns have been led under the guise of personal freedom.

That trend is continuing in Mendelson and Bowser’s bills, both of which have similar social justice priorities with respect to licensing. Mendelson’s bill gives first priority for licenses to residents who have been convicted of marijuana-related offenses or have lived 10 of the past 20 years in areas with high poverty, unemployment, and arrests. Bowser’s bill also prioritizes economically disadvantaged residents and those who have been convicted of marijuana-related offenses.

Both Bowser’s and Mendelson’s plans create two funds to spend the new revenue. In Bowser’s plan, one collects money from licensing fees and uses it for administrative and regulatory work, while the other collects the sales tax revenue and supports city services, including public schools and grants for restaurants in wards 7 and 8.

According to her, the racial justice lens is crucial because of the disproportionate impact of cannabis criminalization on low-income communities of color. “It has been more harmful to the most vulnerable in our community,” she said.

Racial justice was also an important consideration for other local bills dealing with marijuana legalization. In a proposed Virginia bill, licensing prioritization would be given to those disproportionately impacted by law enforcement. It also permits individuals to possess one ounce of marijuana and each household to cultivate up to four plants. There would be a 21 percent excise tax on sales, which would fund a host of initiatives, including substance use disorder treatment programs and workforce development in communities disproportionately impacted by drug enforcement.

Maryland’s bill, introduced by Del. Jazz Lewis of Prince George’s County, would allow those over 21 to possess up to two ounces of cannabis, and 63 percent of the revenue from the bill would go directly into community reinvestment, including funding for the state’s four historically Black colleges and universities. The bill also looks to correct the disparity in drug enforcement, as African Americans represented 96 percent of Maryland’s marijuana-related arrests between 2015 and 2017.

One crucial difference between the D.C. bills is that Mendelson’s legislation allows for those currently serving prison time for marijuana-related offenses to ask a judge to vacate or correct the sentence, while Bowser’s bill does not implement such a provision. Mendelson’s bill has fewer restrictions on the cases that can be expunged or sentenced, one of several reasons Adesuyi and DPA support his bill more.

“Chairman Mendelson’s bill is the better bill to start with just because it includes a lot of infrastructure for industry that is prioritizing formerly incarcerated folks and people living in communities that have been terrorized by the war on drugs,” she said.

While Adesuyi does hope to see aspects of Bowser’s bill incorporated into the final product—support for children with incarcerated parents and money for grocery stores in areas experiencing food deserts—she urges the city to avoid the additional criminal penalties and cap on possession that Bowser’s bill offers.

“I think there are provisions in there that are worth considering but there are also some problematic provisions in her bill,” said Adesuyi. “It’s helpful that the mayor sees this issue as one that’s critical, one where she is introducing her own bill. That is a really good sign for D.C. But I think the content of the bill, as well as the support of the majority of the Council, I think it’s critical that you start with Chairman Mendelson’s bill.”

The challenge is implementation

Even so, advocates don’t consider either bill to be perfect. Adesuyi is hoping for more protection for home growers who hope to gain an income without formally establishing a business. Some shop owners, though they support full legalization, worry that drastic changes to the industry could harm both their businesses and consumers, as they have in other states.

“We want cannabis to be legalized, that’s first and foremost 100 percent,” said a local store owner, who wished to remain anonymous due to the quasi-legal nature of the industry. “We just have a lot of concerns about what is going to happen when and if that does happen.”

The current setup is certainly flawed—owners constantly worry about police taking advantage of the fact that the industry’s legality is a gray area, raiding their stores and scaring off customers. That said, there’s a worry legalization won’t bring the customers flocking either. “You worry that D.C. is not going to be able to do it the way it needs to be done and it’s just going to mess up the entire business,” the shop owner said, expressing concern that legalization will increase use of the black market as buyers flee from high taxes on legal cannabis. “[Customers are] not going to want to go to get inferior product at a higher cost.”

These concerns are unsurprising; other jurisdictions that have legalized marijuana have struggled to promote buying legal cannabis over using the black market. Three years after marijuana was legalized in California, the black market has outstripped legal weed sales as consumers seek to avoid high taxes, and the industry struggles under regulations. A report released in December of 2019 outlined that the state had collected only a third of its expected revenue, only 800 of an anticipated 6,000 business licensees were open for business, and over three-quarters of the state’s cannabis market was still illegal.

Illinois has faced a slightly different problem since marijuana was legalized there in 2019. After one year, no new entrepreneurs had been licensed to sell, and the population with licenses remained incredibly white, male, and wealthy. Customers saw prices double that of other states, and product shortages led to medical marijuana patients going without their prescriptions.

This is not to say states have not seen successful legalization efforts. Colorado’s rollout has been fairly well-received, and New Jersey has been applauded for taking at least a year to begin cannabis sales after legalization to ensure the state has enough infrastructure to handle the industry. The D.C. shop owner’s concerns were less specific to the two bills, but rather with the process in general.

They hope that if D.C. works with current and future sellers, the city will have the ability to ensure continued access to the market at a reasonable price. “We’re all enjoying it now and it’s great while it lasts but we would all be happy to pay more taxes than we are now,” they said. “It just needs to be done right.”

Under Bowser’s bill, the District would have to pay an independent facility to check cannabis vendors for potential contaminants and create some type of program to prevent minors from acquiring marijuana. Congress has to give the District this approval, and given its recent transfer to Democratic control, the chances are in D.C.’s favor. The Council will likely take up the two bills near the end of the summer, with final votes both locally and in Congress at the end of the year.

Congress, according to Adesuyi, must “acknowledge the ways they’ve been blocking D.C.’s ability to realize [legalization], especially through equity.” Until then, the conversation about how best to create a legal cannabis market through a racial lens is historic in itself. 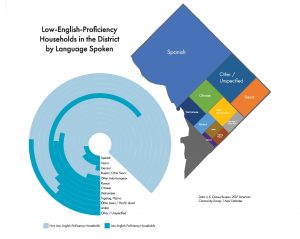 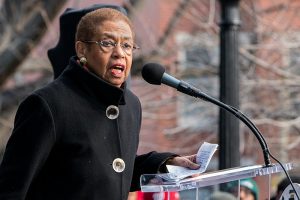