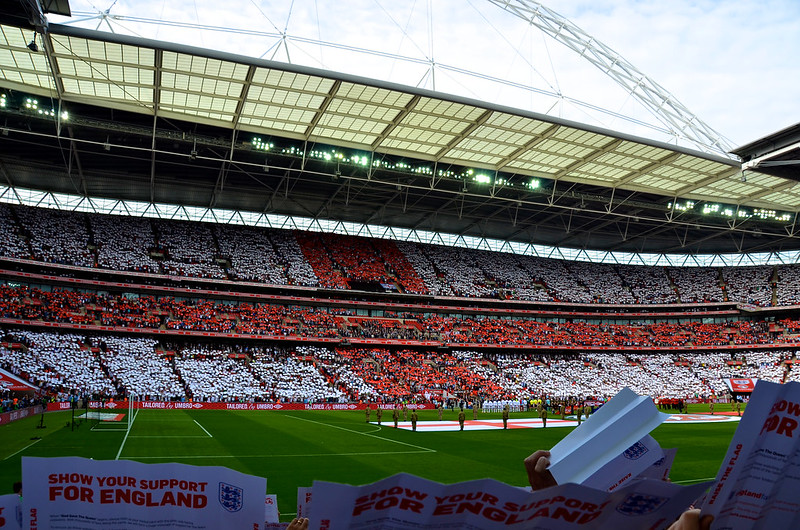 The result of the Euro final was devastating. Sure, as a staunch fan of English football, the final penalty kick that resulted in an Italian victory was a punch in the gut, with all the anxiety of the 120-minute game culminating in disbelief. But the far greater loss was the English reaction to the final result, as racist comments and threats on social media targeted three Black players: Marcus Rashford, Jadon Sancho, and Bukayo Saka, ages 23, 21, and 19 respectively, who missed crucial penalty shots during the final minutes.

In terms of football, the English team did great. No, football did not “come home” to England, but the team also made history garnering England’s first ever appearance in a UEFA European championship  final. Rashford, Sancho, and Saka played like the world-class professional athletes they are, and were selected for the highly-stressful job of penalty kicks because of their talent. I was proud of the English team’s extremely strong, albeit not ultimately victorious, performance. However, I cannot be proud of the English nation.

Ensuing abusive Instagram comments and tweets attacking Rashford, Sancho, and Saka show how English racism and hatred is always present beneath the surface. The U.K. treats internal racism as a comparative problem, shrugging it off because it is not as overtly ‘bad’ as in the United States, where racism is more publicly discussed in examples of police brutality, voting laws, and social disparities. But that doesn’t mean these issues aren’t just as prevalent in England, where systemic racism also manifests in police-generated human rights abuses and high incarceration rates.

Even before the racist wave of online abuse, race was always salient to this year’s game. During the entire championship, manager Gareth Southgate’s team knelt before each kickoff to bring attention to racial injustice present in England. The English footballers did not receive as much spiteful flak as the NFL and American football fan base threw at quarterback Colin Kaepernick, but they still endured stadiums of booing fans. In later tournaments, other fans loudly cheered the players for kneeling, representative of a growing debate about what it means to be an English football fan.

Following racist trolls on social media, an outpouring of fan support for the players and disgust at their attackers exemplified a population painfully aware of the reality of England’s internal racism. But while it might be a minority of observers attacking with racist slurs, they are still loud and far too prominent.

England’s young and diverse team—11 of the current members have parents or grandparents from abroad—are representative of what the future of English football could be. They are national leaders emblematic of an inclusive and respectful England. Their attempts to start national conversations about race makes the continued racist slurs against Black team members even more disappointing.

English media’s harsh projection of footballers of color also reflects a culture that is far more critical of Black professionals than their white counterparts. In a 2018 Instagram post, Manchester City forward Raheem Sterling, who is Black, spoke out against media portrayal of players of color that “helps fuel racism and aggressive behavior.” In a 2018 match against Chelsea, Sterling faced repeated racist slurs from fans on the sidelines.

In his social media post, Sterling pointed out disparities in the Daily Mail’s language surrounding Black versus white players. Sterling’s Manchester United teammate Tosin Adarabioyo, who is Black, was criticized in the tabloid for purchasing a 2.5 million pound house (about 3.4 million USD) “despite having never started a Premier League match.” Teammate Phil Foden, who is white, was described as a “starlet.” The Sun commended Foden for his purchase of a 2 million pound “home for his mum.” Racial hatred toward players does not start in overtly cruel comments on a social media page — it is rooted in institutional media dialogue.

“For all the newspapers that don’t understand why people are racist in this day and age, all I have to say is have a second thought about fair publicity and give all players an equal chance,” Sterling’s post reads.

In 2018, Sterling expressed a sense of inevitability with the racism routinely directed against Black players. The same attitude pervaded Wembley following the Euro final, with fans, players, and commentators alike bracing for the onslaught of bigoted comments that was sure to come given England’s derogatory culture around football, and more significantly, race. In every international championship, currents of nationalism and racism bubble up through social media, tabloids, and attitudes implicitly support a narrative of white supremacism and English exceptionalism.

English racism cannot remain a force deemed inevitable. England loves its soccer, and that should never change, but the nation only exemplifies hate when players are consistently allowed to be castigated on the basis of race by those who claim to be fans.

What it means to be a fan of English football is changing. Intense support for England’s team can feel dangerously close to xenophobia when the erratic and aggressive behavior of extreme fans goes unchecked. Fans spew slurs at players, and more than occasionally, erupt into direct violence against each other or opposing fans.

Following the Euro final, police reported an increase in random attacks against Italian football fans. Over 2,300 police incidents linked to the Euros were reported, making this year’s championship the most violent football tournament on record. “Some English football fans make it so hard to be an English football fan,” English novelist and journalist Matt Haig wrote.

It is not the responsibility of the English football team to end national racism. It is the job of the team’s fans to create an atmosphere that promotes respect and recognition of Black players. It is such an understatement to say that stadiums can keep their sense of healthy banter without being racist.

Moving forward, I’ll still support England in every World Cup or Euro championship. I’ll keep watching the Premier League and root for Manchester United. I’ll still chant “It’s coming home,” and I’m sure I’ll keep having my heart broken when it doesn’t. But being an English fan comes with a new moral imperative: vigilance of explicit and implicit racism and holding so-called fans accountable for their behaviors. The very definition of a fan must change from someone who wants the English team to win above all else, to someone who actually supports the players.

It requires understanding that while a game is just a game, the racial dialogue surrounding English football is far more important than the sport itself. English attitudes toward racism have a very long way to go, and the football pitch is one of the main places where change must play out. 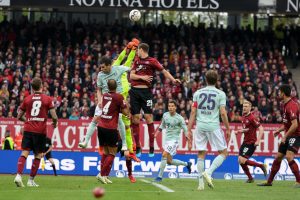 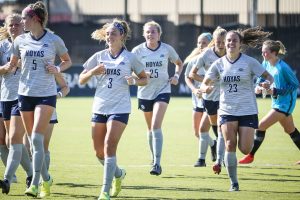 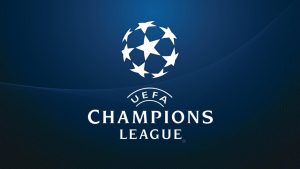