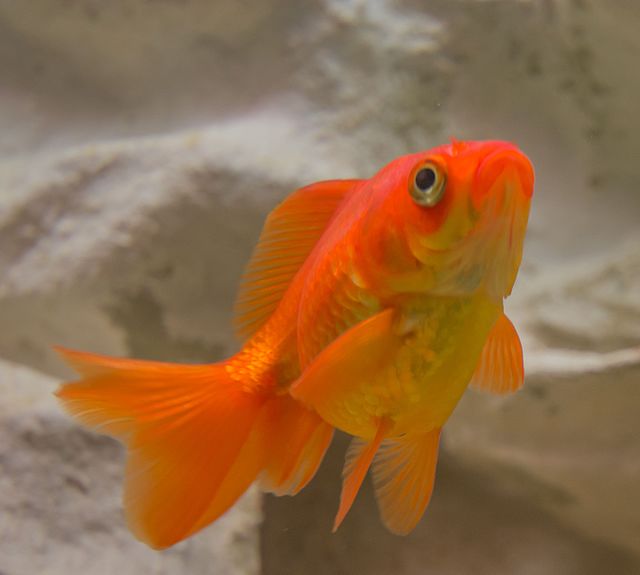 You’re racing to the Leavey center for a Royal Jacket feast, hopefully sans norovirus. In the bush by Regents, a golden blob catches your eye. Is it a coin? An entrance to worlds beyond? Or is it, by chance, a literal goldfish?

Flies surround the fish as its gills bake in the sun. This is no fish nap. It is not pining for the waters of the Potomac. You can yell at it. You can hit it against the Leavey Center, but it is, in the words of Monty Python, an ex-goldfish. Bereft of life, it joins the fish choir invisible. Chalk lines surround its fishy outline, and the crime scene is ready for detectives.

“How could this come to be?” you ask yourself. Slowly the theories start to circulate, dark thunder clouds surround your brain. Someone go find Sherlock Holmes and Dr. Watson. It’s time to set the Voice’s investigation team on the case.

Theory #1: The case of the disgruntled ichthyologist (fish scientist)

Atop the Leavey science labs, Dr. Gillentail is about through. Test after test has gone awry. Fish after fish have swum beyond his grasp. He is a final year PhD student perfecting a theory about the potential translucence of goldfish, and he knows he’s on the verge of a big breakthrough.

Unfortunately, Georgetown only has so much funding for its scientific endeavors. The university has decided to cut its ichthyologist funding in favor of an even nicer MSB building. Angered beyond belief, Gillentail reaches for the only object in his proximity. He plunges his arm into a nearby tank and pulls out Goldfish #98280—the final test subject. Hurling it across the room at the nearest crummy undergraduate’s head, he misses by mere inches and #98280 finds temporary tankless freedom on its flight out of the Regents center window.

Theory #2: The case of the Potomac fish spy

Everyone knows that birds are actually robots sent to observe our every move and conversation. But what if the birds were just a distraction from the real spies: the fish of the Potomac? Every day they pass messages along the District’s border. “Glub glub blobbity glob,” they say in messages our best analysts have failed to crack.

But as all spies know, espionage is a dangerous business. For Agent Golden Fin (008), operations didn’t go as planned. Its cover blown, the agent was left to fend for itself on Georgetown’s Hilltop and did not survive when sabotaged by a band of local rats waiting to strike. The Potomac will mourn the loss of its finest, if fishiest, operative.

Theory #3: The case of the flyby fish

This theory plays out at 35,000 feet in a pressurized cabin. Goldy McGoldfish has prepared for weeks for the big jump. Little did you know, it is secretly the number one passion of all fish to go skydiving.

Head up, eyes fixed on the horizon, our beloved McGoldfish takes a deep breath and takes the jump. Air rushes through its scales and its tail gloriously flaps in the free sky.

The problem is, there is an estimated 1 skydiving accident in every 500,000 jumps. And just sometimes, perhaps a fish contributes to the 0.39 percent.

McGoldfish was fully prepared for today and had taken 120 hours of jumping class time. Unfortunately, when McGoldfish went to pull the parachute, the equipment failed. We will never know what really happened up there. Were McGoldfish’s fins too short to reach the backup parachute, or could it have been….sabotage? All we know for sure is that McGoldfish will go down in fishtory.

Theory #4: Part of your ~fishy~ world

For a fish who’s lived its whole life underwater, it wants nothing more than to experience the human world above. This fish is the princess of the Potomac’s goldfish world. It has gadgets and gizmos aplenty. It’s got whozits and whatzits galore. You want thingamabobs? It’s got ‘em. But who cares when all this fish has ever wanted is an opportunity to study at Georgetown University. In a concocted plot with President DeGioia (in the form of an octopus), our fish friend sells its fantastic swimming ability for a spot in the Class of 2024. That is, however, until it realized it was tricked all along. It bartered for a chance to come to campus; however, the financial aid package did not include lungs.

Theory #5: The case of the frat party

By far the saddest (and probably most realistic) of these tails (get it, tails), is the case of a typical Friday night on campus. A group of first-year students take the plunge to commit to their obnoxiously-exclusive club of choice, and in celebration, agree to the age-old goldfish drinking party challenge. (Kids, please don’t try this at home). But one Georgetown student just couldn’t do it. They remembered Cura Personalis. They remembered Hoyas for Others. And as they stared into it’s innocent goldfish eyes, they just couldn’t murder a beautiful creature at this Jesuit university. Like one of the biblical Joseph’s brothers, this Hoya concocted a plot to hide the goldfish and return at a later time to rescue it. Unfortunately, this benevolent first-year’s plan went awry.

Amidst the tom foolery of the night, the student did in fact conceal the fish in a lake of Natty Lite and not H20. Sadly the fish lived a short, yet gleeful, remaining existence.

Theory #6: The Plagues of the Hilltop

God, in his infinite and cosmic life, has once again become bored with the follies of man. Like a vindictive child frying ants with a magnifying glass just to see what will happen, God has taken inspiration from one of his Greatest Hits—The Plagues of Egypt—and gone in for round two at Ye Olde Georgetown. First, he served up his favorite dish: Pestilence, Three Ways. Students began shitting, crying, and throwing up like they’d seen a Biblical angel and their fragile human bodies didn’t know how to handle the horror. But God had seen it before. He was hard pressed to find something new to satiate his giddy hunger for chaos. What if, he thought, What if it were to rain fish? Surely, that would teach them to come back to the Light. But to be honest, he wasn’t really feeling it. This set of Plagues was but a trifle in his great and galactic Eyes. So, half-heartedly, he let a single goldfish slap down onto the pavement—a glum reminder of the ever-possible apocalypse—and left to go play Solitaire for the next millenia. The goldfish, cursed with Knowledge, let out a single tear.

Theory #7: An Effort to Anthropomorphize

“I’ve done it!” wheezed a deranged Bio major, pacing around a third-story Regents classroom, as his bewildered lab partner looked on warily. “I’ve found a way to force evolution in the span of a few moments!”

“It simply can’t be done!” the partner cried. “Evolution takes thousands—tens of thousands—of years of climate adaptation and existential threat!”

The madman wrung his hands with sweaty fervor. “My Time-Ray says otherwise.” He began to hack and cackle, and presently stuck his hand in the nearest fish tank, teeming with goldfish bred for experimentation and death. He groped around for a moment and then grasped a frantically flapping fellow in his fist and lifted it triumphantly into the air. In a flash of sickly green light, the fish began to morph before their very eyes. It pulsed and thrashed and finally fell limp, unmarked and, despite its flailing, unchanged. The Bio major peered at the goldfish in twitching panic. “What’s wrong with it? Why is it unchanged?” The fish turned its shiny, globular eyes to its creator and opened its protuberant mouth.

Out came the soft and pitchy voice of American actor Owen Wilson, “Father, why?”

The Bio major recoiled in horror, throwing the fish down on the table. “Oh cruel existence!” Fish Owen Wilson cried, and flopped across the table to the open window, throwing itself out into a more loving world. Unfortunately, that world was Georgetown University, and it perished on impact with the miasmic toxins in the air.

If you have any information about the aforementioned fish case, please contact the Voice’s Halftime Leisure team at leisure@georgetownvoice.com 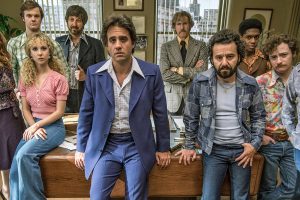 Sex, Drugs, and Rock ‘N’ Roll: HBO’s Vinyl off to an Exciting Start