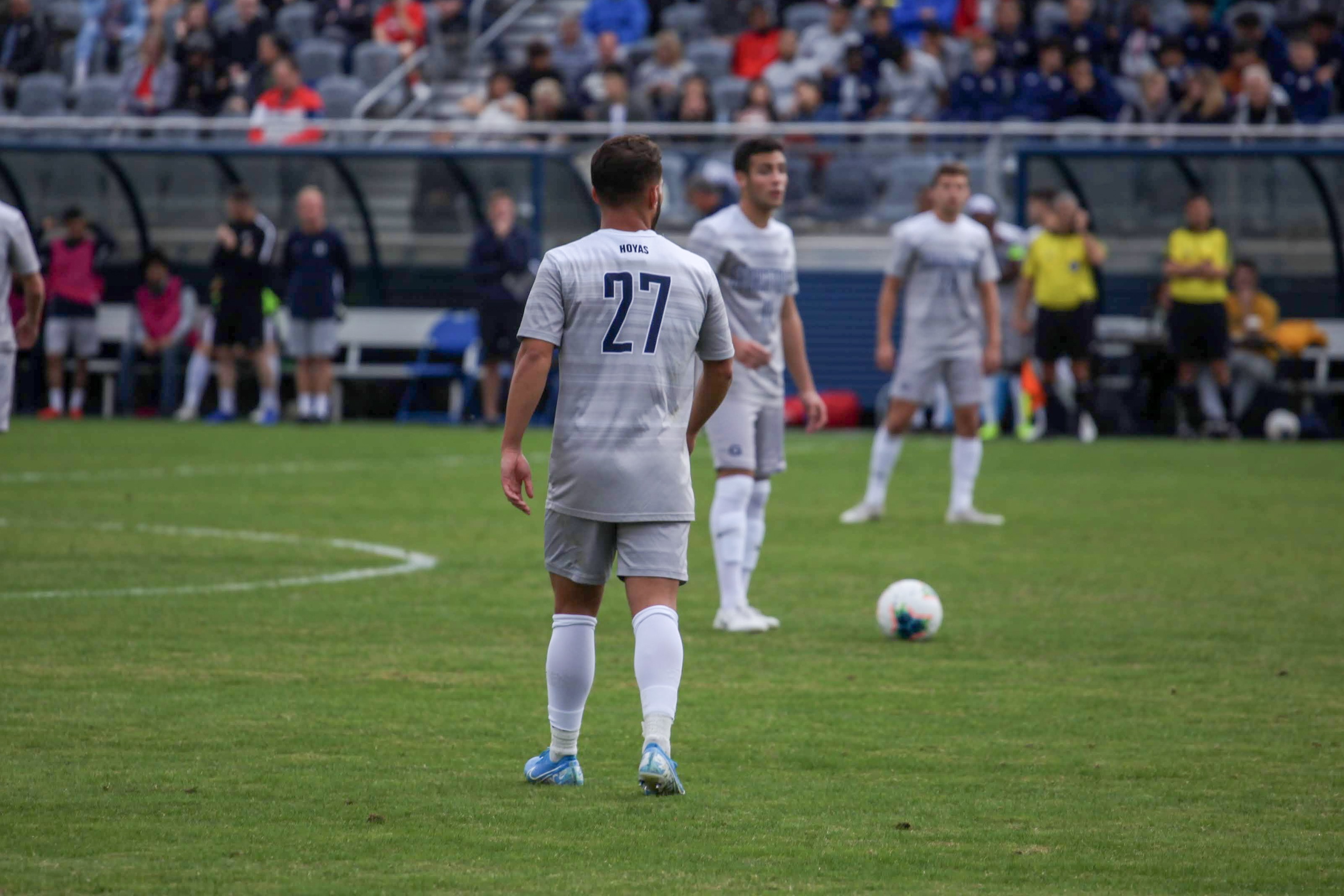 On a cloudless Saturday afternoon in the nation’s capital, the No. 1 Georgetown Hoyas men’s soccer team (11-1-0, 5-1) regained their momentum and took a big step towards a third-straight Big East regular season title with a 3-1 victory over the Villanova Wildcats (8-5-0, 4-3-0). The win was an important statement as the Hoyas strove to rebound from a road upset to the Providence Friars (Big East, 8-2-3, 4-1-2) on Wednesday. Strong offensive possessions and goals from sophomore Kenny Nielsen, senior Zach Riviere, and junior Stefan Stojanovic headlined the Hoyas’ play on Senior Day. The Wildcats’ lone goal came off of an early shot by junior forward Lyam MacKinnon.

In addition to gaining momentum after Wednesday’s loss, a Georgetown win was crucial to maintain the Hoyas’ position on top of the Big East and fend off a late-season challenge from Providence. Hoyas head coach Brian Wiese chose to stick with the 2-5-3 formation he employed against Providence, with senior Giannis Nikopolidis in goal. Villanova came into the matchup seeking to snap a two-game losing streak, having dropped back-to-back games against Big East rivals St. Johns and Creighton. Villanova opted for a 5-3-2 formation, with redshirt senior Carson Williams in goal.

The Wildcats opened the game on a high note, with MacKinnon scoring  just under six minutes into the match. The Hoyas answered back immediately, with junior midfielder Dante Polvara and Stojanovic both tallying shots in the next two minutes. Eight minutes later, a Villanova deflection set up a Georgetown corner kick. Villanova keeper Williams deflected sophomore midfielder Chris Hegardt’s corner, but a defensive error left Hoya Nielsen open at the top of the box. Nielsen capitalized on the error, firing from just inside the penalty box to level the game at one goal apiece.

The Hoyas continued to press their advantage, notching five more shots against Williams. In the 25th minute, the team struck again. A fast Georgetown attack gave Stojanovic a clear angle on goal. Exemplifying the Hoyas’ selfless play, Stojanovic instead found Riviere with a pass to the near post, and Riviere notched a clean goal from just inside the six-yard box to give Georgetown the lead.

The Hoyas pressed their attack throughout the remainder of the first half, taking a total of five more shots before the end of the period. Aside from MacKinnon’s early goal, the Wildcats’ lone shot of the half came from freshman forward Balthi Saunders in the 35th minute.

Villanova opened the second half on a strong note, notching a total of four shots in the first 10 minutes to Georgetown’s one. Their success began to taper off in the 58th minute, when junior defender Anthony Cousins, Jr. was ejected after picking up a second yellow card. From there, the Hoyas capitalized on their man advantage to intensify the attack. In the 71st minute, Villanova’s sophomore defender David Ogbonna brought down junior midfielder Will Sands with a dangerous tackle in the penalty box. The foul set up a Georgetown penalty kick. Williams managed to deflect Polvara’s initial penalty shot, but Stojanovic got the rebound and put it away to extend Georgetown’s lead to 3-1.

Georgetown continued to attack, notching eight shots and hitting the woodwork several times in the remaining twenty minutes. The Wildcats’ offensive response was tepid at best, and the score remained 3-1 until the final whistle. Speaking after the game, Georgetown head coach Brian Wiese emphasized the team’s resiliency after the loss to Butler, stating that “this group doesn’t lose often so it’s interesting to see what happens when they do. Compounding that with conceding an early goal, I think they responded wonderfully and that really shows the character of this group.”

The Hoyas will face the St. John’s Red Storm (Big East, 8-3-1, 3-1-1) at home on Wednesday, and then travel to Cincinnati, Ohio for their final road game of the regular season against Xavier (8-5-0, 2-4-0). Both matchups will pose unique challenges for the team. St. John’s will be a good test for the high-powered Hoya offense, as the Johnnies allow the fewest goals per game in the Big East. Luka Gavran, their starting goalkeeper, leads the league with eight shutouts on the season. Xavier poses a defensive challenge as the Hoyas will need to contain junior forward Karsen Henderlong, who is currently tied for the Big East scoring title with 6 goals and 3 assists. For continued coverage of men’s soccer and all Georgetown sports, follow @GUVoiceSports on Twitter. 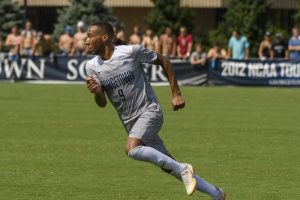 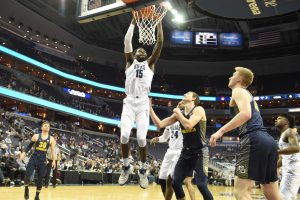