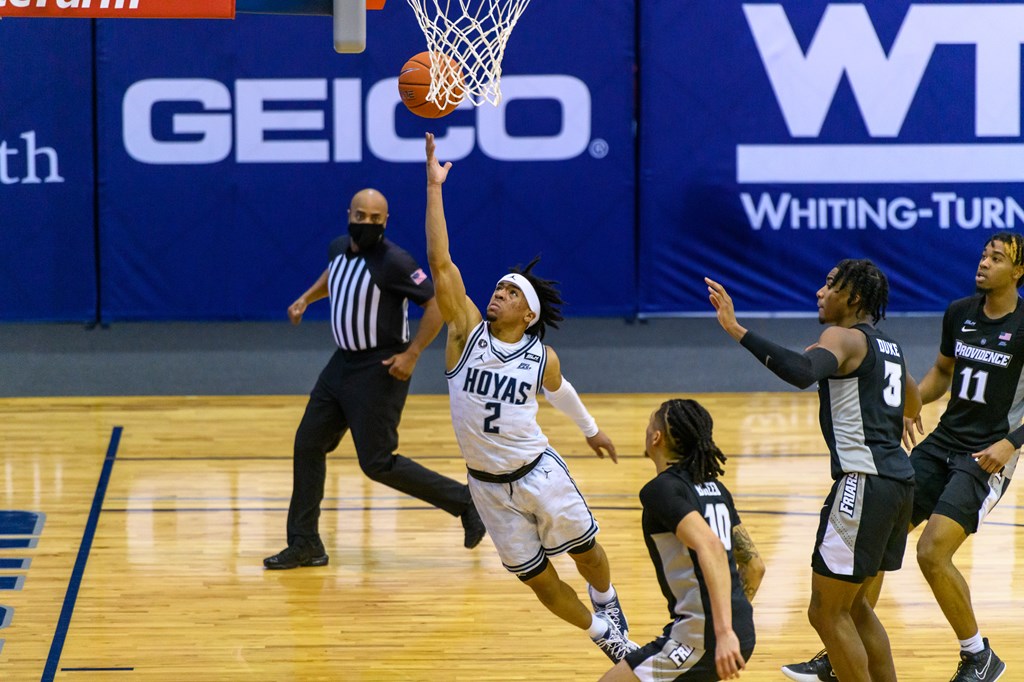 The rise of Dante Harris

The clock is ticking with 15 seconds left, Georgetown down by one to the No. 1 team in the conference, Villanova. The ball is inbounded and senior leaders Jamorko Pickett and Jahvon Blair both get a touch on the ball, but out of the corner comes the 6’0’’ freshman Dante Harris. With 10 seconds left, Harris has the ball at the top of the arc guarded by Big East Co-Player of the Year—and soon-to-be NBA draft pick—Jeremiah Robinson-Earl.

This is the moment where most freshmen would fold under the pressure of national television, in the bright lights of Madison Square Garden, against the team that was expected to easily walk over you and win the conference tournament. But not Dante Harris.

Eight seconds left. Harris has the ball at the top of the arc and drives to the basket head-on against Robinson-Earl. He goes up and draws the foul.

All eyes on him, Harris steps up to the free throw line. He puts the first one up, the ball rattles around the rim for what feels like an eternity, and it falls through the net. The announcers on Fox Sports chuckle at the drama of the game, now tied at 71 points each. The nation watches as his second shot arches through the air to the basket. Nothing but net. 72-71 Hoyas.

This crowd-stunning, Big East Tournament MVP-winning now-sophomore didn’t have to go far to find success. A native of Washington D.C., Harris spent his high school years in Tennessee. He started at Alcoa High School before transferring to Lakeway Christian his junior year, becoming one of the first players for the new basketball program. Although Lakeway’s head coach, Curtis Staples, had previous success developing Division I caliber players, he now faced the daunting task of building a team from scratch. Harris flew under the national radar, never likely to play in college.

“I had just taken a job at this new private school,” Staples said. “I knew I needed a really good point guard and post player, so [Dante’s] name just kept coming up in terms of perimeter guys in this area, everyone was talking about him,” he said.

What made Harris different? Staples points to his work ethic.

“He’s a no-nonsense, hardworking-type kid; he didn’t do a lot of talking, he was all about action,” Staples recalled. “He took care of it right away, all his responsibilities. Academically, he stayed right on top of that making straight A’s and then he just worked extremely hard on the court. He’s just driven, very driven.”

Changing schools is always a challenging task in itself, but Harris knew his potential and wanted the world to see that. A quiet guy, Harris let his work on the court make lots of noise. Staples quickly knew he had a rising star.

“I coached a lot of really good Division I players. I had over 50 or more go to Division I from my previous program,” Staples remarked. “I have to rank Dante in the top 3-5 players at that position, even though he was a little smaller.”

Despite a lack of recognition due to his smaller stature, Harris never doubted himself and began to teach Tennessee not to doubt him either.

Staples recalls a game where Harris put up 56 points in a close game, in a hostile environment, against a really good team. “They were trying everything to take the ball out of his hands, but they couldn’t. He would still beat somebody to the ball, and once he got it, it was a problem.”

But Harris was not done. As the season progressed, he built up momentum with each standout performance. Staples recalled playing an aggressive rival team in a close, gritty game with a lot of fouls.

“I called a timeout, they thought they won the game. I drew up a play to give Dante the ball,” Staples said with a laugh. “He took his guy immediately as he caught it, did exactly what I drew up, pulled up from NBA range at the top, and hit the three at the buzzer.”

Harris was doing everything right; he was disciplined, academically successful, and playing unreal basketball. Everyone seemed to see it locally, but Division I programs were still slow to jump on him.

Schools like Maryland and Florida State began to show their interest at the last minute. “I said, ‘Whoever gets this kid is gonna get somebody that’s gonna go and earn it.’ And that’s exactly what he did; he earned it.”

Harris’s hard work and talent eventually garnered national attention. Georgetown was lucky to discover Harris earlier than most, officially giving an offer in October 2019. In just one year, he’s already made his mark on the Big East.

Coming off of an unprecedented season and NCAA Tournament berth, Harris and the Hoyas have another chance to make unexpected noise. With such a young squad, younger leaders like Harris will have to step up. There are very few outside of Georgetown who would have picked the lowest-ranked team in the Big East Coaches’ Preseason Poll to win the Big East Tournament, and likely even fewer who would’ve picked three-star freshman Dante Harris to win the tournament’s MVP award.

This season the Hoyas are again predicted to finish towards the bottom of the Big East, ranked 10th. But there’s no lack of excitement around this team. Fans will finally have a chance to see Harris in person at Capital One Arena after watching his breakout performance from their television screens. Harris knows his squad and, most importantly, he knows himself and what he’s capable of. Last year was just the first chapter for him.

“It’s not where you start, it’s where you finish. They had us picked last last year and look what we did,” said Harris after winning the title. 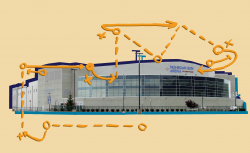 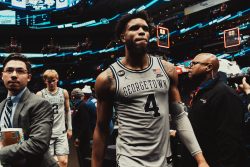 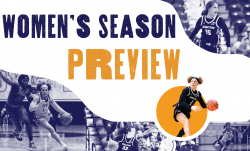 Led by defense, Women’s Basketball is ready for a resurgence