Latinx Heritage Month celebrations at Georgetown and nationwide ended on Oct. 15. Officially recognized at Georgetown since 2014, the month consisted of events held by different Latinx clubs and associations ranging from independence day celebrations and webinars to movie screening, art showcases, and meditation sessions.

Latinx Heritage Month was established nationally in 1968 as a way to acknowledge Latinx people’s contributions to the U.S. It has since grown into a month-long celebration, spanning from Sept. 15 to Oct. 15 each year.

For Paula Guerra (COL ’23), the Latinx Leadership Forum representative for BFMG, celebrating the Latinx Heritage Month is about appreciating and showcasing the strong Latinx culture at Georgetown and across the country. “I think for me it’s really about embracing my culture and just appreciating it, especially in a community like Georgetown where you don’t really see that as much,” she said. “I come from a Latinx community back home and so it was really important to continue those traditions here at Georgetown.”

The need to celebrate Latinx culture is especially critical in a privileged community like Georgetown, according to Nicole Cariño (COL ’23), the Latinx Leadership Forum (LLF) chair.“It really just means to celebrate us and recognize all our intersecting identities and how complex they can be and how at Georgetown, it’s so hard to gain visibility,” she said.

At the cultural showcase, Georgetown alumnus Samuel Miranda (COL ’92) performed poetry speaking to his experience at Georgetown as a result of his Boricua identity. At the time Miranda was on campus, Latinx groups lacked a large presence on campus, something Miranda happily noted has since changed. “In terms of visibility [Latinx students] weren’t that visible, especially in terms of the curriculum. To see the Latinx Leadership Forum and all those different groups now and talk to folks who are involved, I mean, it’s beautiful to see that progress,” he said.

Latinx student associations have gained momentum in the last decade with the founding of the Latinx Leadership Forum in 2014, a coalition of all Latinx groups on campus, and La Casa Latina in 2016, a physical space for Latinx students.

Despite these advancements, the efforts to create more spaces and communities for Latinx students are far from over. Isabel Martinez-Aleman (SFS ’22), president of Ritmo y Sabor, is currently collaborating with other Latinx student leaders to create a more approachable space for Latinx students at Georgetown. “I think a lot of people want to broaden the reach, even if it’s been acknowledged that there is already a wide Latinx community,” she said. “Our spaces are small, and it’d be nice to make it more accessible to new students who may not know the ins and outs at Georgetown.”

For many students celebrating and reflecting upon Latinx culture doesn’t simply end on Oct. 15. Latinx students and associations will continue to discuss issues facing their communities and create spaces for connection all throughout the year, at Georgetown and beyond. 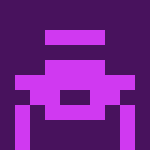 An Open Letter to Incoming Hoyas