By Bettina Bottome and Abby Gardner

Washington, D.C. is home to some of the best parks in the country. The District boasts hundreds of government-managed parks, and 98 percent of D.C. residents live within walking distance of a park.

Two percent of D.C.’s population, however, does not have the same access to parks and green spaces as the rest of the city. This inequity disproportionality impacts residents in Wards 7 and 8, two of the District’s majority-Black wards—part of a larger, nation-wide issue of communities of color having limited access to trees and parks. Various organizations in D.C. are focusing their efforts on trying to cultivate awareness for environmental equity from both a public health and social justice standpoint.

Accessibility to outdoor spaces is inequitable in D.C.—so said Ward 8 resident Mynikka Posey over the summer, when she was promoting her initiative to turn an empty plot of land into an outdoor recreation space for her neighborhood. On Buena Vista Drive in southeast D.C., where this potential playground would be, the children play in the street and only recently have been given traditional basketball hoops to replace the milk crates they used to play with.

The lack of accessible playgrounds force young children to walk long distances, often up to half a mile, just to access public spaces. For children in Wards 7 and 8, areas that are disproportionately affected by gun violence, their access to recreational spaces is impacted by their safety.

Safe accessibility isn’t the only issue. The green spaces in these communities are not paid the same attention by the government when it comes to basic upkeep. Ward8Woods is an organization whose mission is to increase the maintenance of the 500 acres of forest within Ward 8. According to Ward8Woods founder Nathan Harrington, the area has plenty of green space, just like the rest of D.C., the problem is that it’s not being taken care of.  “There is inequity evident in the way it is maintained, or rather not maintained,” Harrington said.

The unkept green space belongs to the National Parks Service, which has not sustained the upkeep of the land, which Harrington attributes to institutionalized racism.

Ward 8 has a population that is 91.84 percent Black, and its median income of $39,473 is more than $50,000 below the average household income of D.C. as a whole. Additionally, 26 percent of families in Ward 8 live below the poverty line, and the unemployment rate is 18 percent, both figures higher than the District’s average.

“Ward 8 is one of the most polluted areas of Anacostia and Potomac,” Harrington said. There is no enforcement of anti-littering and anti-pollution rules in Ward 8 green spaces, and according to Harrington, the woods are generally considered a no-man’s land.

Ward8Woods is trying to change that through community outreach, primarily by providing residents in the area with highly needed jobs in cleaning up the woods.

Posey and Harrington’s initiatives are not the only ones pushing for more equitable recreational and green spaces in Ward 8. In August, it was announced that Washington Highlands in Ward 8 will be getting a new baseball field this coming spring.

Another non-profit organization, KaBOOM!, builds playgrounds nationally to aid in ending recreational space inequity. The organization installed a playground in Ward 8 in 2017, the most recent of about 40 playgrounds built by KaBOOM! in Wards 7 and 8. DCGreens is also currently working to build an urban farm and community wellness center near Oxon Run. These initiatives draw attention to the noticeable lack of accessible outdoor and green spaces in D.C.’s most-neglected neighborhoods.

Green spaces can also help to alleviate some of the environmental consequences of climate change, another phenomenon which disproportionately impacts communities of color. “Forest’s clean water, clean air, and provide a buffer between where people live and the pollution of roads and industrial sites,” Harrington said.

From a health perspective, engagement with green spaces increases life expectancy, lowers mortality rates, improves pregnancy outcomes, and reduces risks of and extenuates the effects of chronic diseases and comorbidities. For individuals with limited access to healthcare, green spaces can serve an important role in preventive treatment against disease.

In cities like D.C. where white residents have greater access to mental and physical health resources than Black and brown Washingtonians—currently, only one of D.C.’s seven hospitals is located in Wards 7 and 8—increasing access to green spaces for children of color can help to mitigate or narrow health disparities.

Despite increasing rates of health insurance coverage in the District, public insurance benefits are limited and often do not cover the cost of behavioral health services. Combined with a shortage of providers, particularly within Wards 7 and 8, it is extremely difficult for residents in these neighborhoods to access psychological and psychiatric aid. Additionally, even with mental health resources, Black patients have historically experienced discrimination in these environments due to prejudices that contribute to misdiagnoses and inadequate care.

Even as funds from the Great American Outdoors Act continue to be distributed by the National Park Service for different recreational spaces in the District, organizations like Harrington continue working to fill in the cracks where institutionally racist services won’t. Harrington takes on this challenge, ready to break through the “ignorance on the part of government agencies and even citizens on the wider part of the environment.” 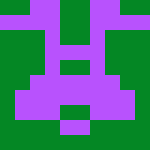 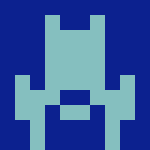