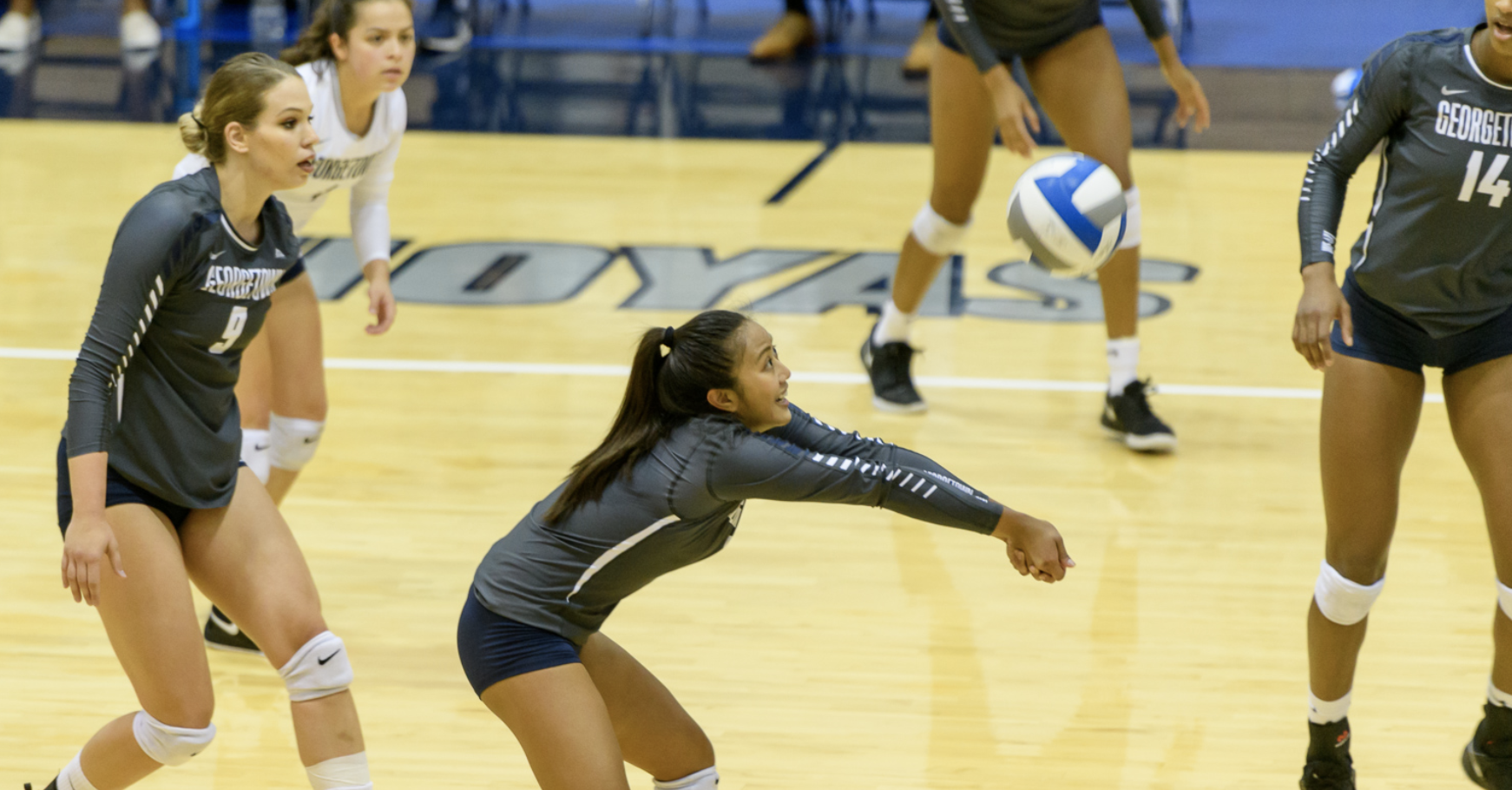 Upon winning the four-set match against UConn, the Hoyas’ volleyball team lifted up the captain and senior libero Jessica Cusi to celebrate her 1000th dig in McDonough Arena. With 23 digs in the game, Cusi became the eleventh Hoya in program history to record 1,000 career digs and the first since Kenzie Higareda (’19) in 2016. “Achieving my 1000 dig was really special and was really shocking at the time,” recalls Cusi. “I am happy to have done it with Georgetown and during my senior year.”

According to Head Coach David Heller, Cusi is a highly determined and smart volleyball player. “She refuses to let something beat her twice,” Heller says. Even if an opponent scores on her, “she finds that drive and motivation to make sure she does everything she can to help make the team win and put the team in a good position.”

The drive and mental determination displayed by Cusi are not something easily teachable, but rather instinctual which makes her an anchor for the team. “Everyone really respects her not only as a volleyball player but I think as a person,” says Heller. “She is very instinctive and smart in the game, but she doesn’t take her talent for granted. She still knows she still has to work at things and she does, frequently.”

Cusi was introduced to the world of volleyball around the age of seven through her older sister. Although each of them found their own paths and began playing at separate clubs, Cusi’s love of the sport was cemented when she competed at the USA Volleyball Junior Nationals. “I knew I wanted to play in college from pretty early on in high school,” she recalled. Cusi found her way to Georgetown and became the team’s libero, modeling her style of play off of Morgan Hentz, a former libero at Stanford University, and Justine Wong-Orantes, the libero for the US Olympic Team.

After spending her first year at Georgetown as a defensive specialist, Cusi took on the larger role of libero her sophomore year. Cusi’s role as a libero helped her find her place on the team and exhibit her leadership. As a libero, Cusi’s position requires her to receive balls from the opposing side and convert them into something settable and, ultimately, hittable. “All I could do is to better the ball for the setters and the outside and middles,” Cusi humbly puts it. “So it’s more of the accumulation of knowing that what I do matters and knowing that I contribute to the greatest scheme of things is the best.”

Although the Covid-19 hiatus disrupted her collegiate volleyball career, it also encouraged Cusi to continue striving for higher goals as a team leader and captain. “For senior year, being the oldest on the team felt so weird because the last time I played was my sophomore year,” says Cusi. “Now I have three years of teammates younger than me, so that was like a kind of a reset for my mind.”

As a captain, Cusi not only exceeded Heller’s expectations but also her own. Cusi has grown more confident in herself and in her own leadership ability, which is evidenced by her performance on the court. Although Cusi describes herself as quiet, when she steps onto the court, her demeanor changes, “this kind of switch goes off when I am on the team because I know that in order to be a leader and bring energy, I need to talk a lot.”

Looking ahead, Cusi hopes to pursue a graduate program where she can take advantage of her extra year of eligibility to play volleyball while simultaneously advancing her education. Heller is excited to see Cusi excel at what she does best, even if it means leaving the Hoyas. Heller will always be there supporting her as a “superhero movie fan” while Cusi plays the role of “Captain Marvel.” 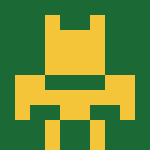