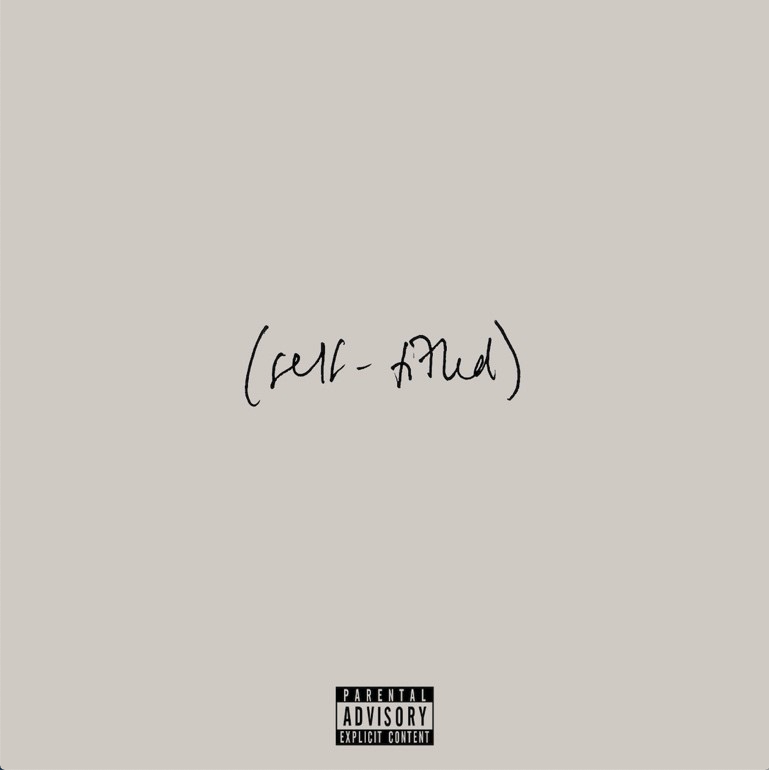 Marcus Mumford needs no introduction. And for any artist debuting their first solo album apart from the Grammy award-winning band they’re associated with, this name-brand and genre-brand recognition poses a challenge for reinvention. On (self-titled) (2022), Mumford doesn’t need to reinvent; he explores, reflects, and reveals his individual artistry.

Mumford has held significant ground in the folk-rock genre he occupies. Mumford & Sons’ discography speaks for itself—I’m partial to the group’s debut album Sigh No More (2009)—and Mumford has gifted us with solo gems over the last ten years, joining Oscar Isaac on “Fare Thee Well (Dink’s Song)” for Inside Llewyn Davis (2013) and crafting music for award-winning television series Ted Lasso, to name a couple. In these excursions, Mumford showed a mastery for gentle, feel-good tracks marked by his signature guitar work, while still connected to Mumford & Sons’ iconic fast-paced instrumental blend of bluegrass and folk.

But on (self-titled), Mumford steps into his own with a 10-track meditative album about healing, forgiveness, and freedom. With stylistic choices that ring in his solo artistry while calling back to the iconic sound of Mumford & Sons, Marcus Mumford’s solo debut does his well-known name justice.

While I’ve been told it’s a rookie move to review an album chronologically—a leisure faux pas—Mumford ordered the tracks chronologically alongside his healing process, and it follows that we listen along with him.

(self-titled) begins in a dark place with frustration and desperation. “Cannibal,” a song about when Mumford was sexually abused when he was six years old, was the first track he released as a single prior to the album’s drop on Sept. 17. While the album ends in a brighter and freer place, “Cannibal” aptly sets the tone of (self-titled) thematically and musically.

Solemn and subtle guitar opens the track. Mumford’s familiar rustic voice murmurs over a soft arrangement, full of depth. More than half of “Cannibal” is not instrumentally exciting, but it’s not meant to be. The focus is the words, which don’t shy away from articulating trauma as Mumford begins the album singing, “I can still taste you and I hate it / That wasn’t a choice in the mind of a child and you knew it.”

Beyond Mumford’s story reflected in the lyrics is the all-too-familiar feeling of despising yourself for being thrilled by what hurts you the most, and the difficulty of acknowledging and speaking of trauma’s existence. “I can still taste you and it kills me / That there’s still some sick part of it that thrills me,” he sings. “Of course I deny it / Can hardly believe it.”

When the 3-minute mark arrives, “Cannibal” crescendos into fast-paced instrumentals reminiscent of the trademark Mumford & Sons sound, except this time it’s Mumford alone calling for renewal and rebirth: “Help me know how to begin again.”

The lyrical style of “Cannibal” is consistent throughout (self-titled), and the direct and blunt nature of the words serve as a departure from Mumford & Sons’ metaphor-laden lyricism.

“Grace” carries on the musical cacophony of guitar strums from “Cannibal,” leaning into the rock-country sound to which Mumford’s voice is so well-suited. This is Mumford’s answer to “Cannibal,” as he sings, “And yeah, see, there will come a time / When it won’t feel just like living it over and over.”

But the song is distinctly more upbeat than its predecessor, as Mumford’s vocal power is on full display, putting the “holler” in a very “stomp and holler” song. And the lyrics carry hope in them as well: “And I hear there’s healing just around this corner.”

Mumford moves whimsically and methodologically along into “Only Child” which is stripped and light. In “Only Child,” Mumford almost disappears into the song, teasing us with his lower register. While more musically akin to the understated softness of “Prior Warning” than “Better Off High,” the varying moments of solemn, slow murmurs and faster, upbeat rock feels like a more accurate representation of a healing process—not entirely conjoined but cohesive nonetheless.

The collaborative tracks that fill the latter half of the album are just that, collaborative. While the Phoebe Bridgers stan in me wanted to hear her voice alone on “Stonecatcher,” the four featured artists are more of a complementary support system for Mumford than duet partners. As the album moves chronologically through Mumford’s process toward forgiveness and freedom, these other artists lift his voice and enhance the musicality of the album.

“Dangerous Game (feat. Clairo)” picks up the pace after “Only Child”—a delicate track aching with regret—leaves us in a meditative lull. There’s a sense of urgency in the pulsing beat of this track that Clairo lightly and seamlessly echoes around. There’s an impending sense of… something, and the song continuously feels like it’s building but it never quite arrives at its destination. “Get me out of my mind / Out of my mind” the pair desperately chants.

The quartet of featured tracks is briefly broken up by “Better Angels,” where Mumford begins to find some closure from “Cannibal”: “Is this where we / Begin again” he asks. And he celebrates the moment he’s deceived his “better angels,” and the warped electric guitar that teases the steady back-beat plays with memory and ghosts.

“Go In Light (feat. Monica Martin)” is a harmonic hymnal, characterized by a balanced groovy downbeat. Martin and Mumford’s tight vocals carry us through and out of the darker memories. But, in form with the rest of the album, we can’t stay in this (literal) lighter tone for long; “Stonecatcher (feat. Phoebe Bridgers)” brings us into Mumford’s lower register for a song about mercy. Bridgers’ voice transcends over the track, floating and adding a ghostly, almost spectral, warmth to Mumford’s voice. And this notion of being haunted by an inescapable past is ever present in the lyrics, as the pair sings to the cyclical nature of memory and trauma: “Oh my God / We’re here again” and “When the cycle ends / When there’s tales to tell.”

“Stonecatcher” suspends us in the air. “How (feat. Brandi Carlile)” brings us back down to earth.

The acoustic “How” is, in my opinion, the best track on (self-titled). It is closure and release, and Mumford and Carlile’s vocal pairing is the strongest and most impressive on the album. If “Grace” is meant to be an answer to “Cannibal,” “How” is an answer to the album.

Threads of lyrics throughout the preceding tracks find their home as Mumford finds forgiveness. Mumford names his resolving closure: “And I have reckoned with what you’ve taken from me / And I killed that liar in my head.”

And while “Cannibal” showed us Mumford’s struggle to name what had been done to him (“It became the hardest thing I ever said out loud / The words got locked in my throat”), “How” gives Mumford the language to be free—“And I forgive you now / As if saying the words will help me know how.” He’s learning how to begin again.

“How” doesn’t need to be musically complicated or elaborate; (self-titled) did the work that brought us here to a restoring and healing close.

Marcus Mumford’s sound and skill didn’t need a reintroduction. Instead, who we’re introduced to on (self-titled) is Mumford in his personal expressions of growth, mercy, forgiveness, and freedom. Instead of an explosive and fantastical debut album from an artist trying to break out onto the music scene on their own, (self-titled) is purposefully more understated and reflective. The album is as much of a thoughtful exploration of healing for the listeners as it is for Mumford.

If I could go see Mumford at The Anthem in a few weeks I would. While (self-titled) often sounds solitary, I can only imagine the power of the hymnal meditative songs sung en masse live, collectively taking something dark and personal, and growing into something freer. 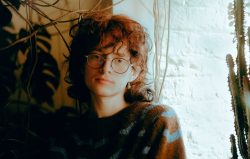