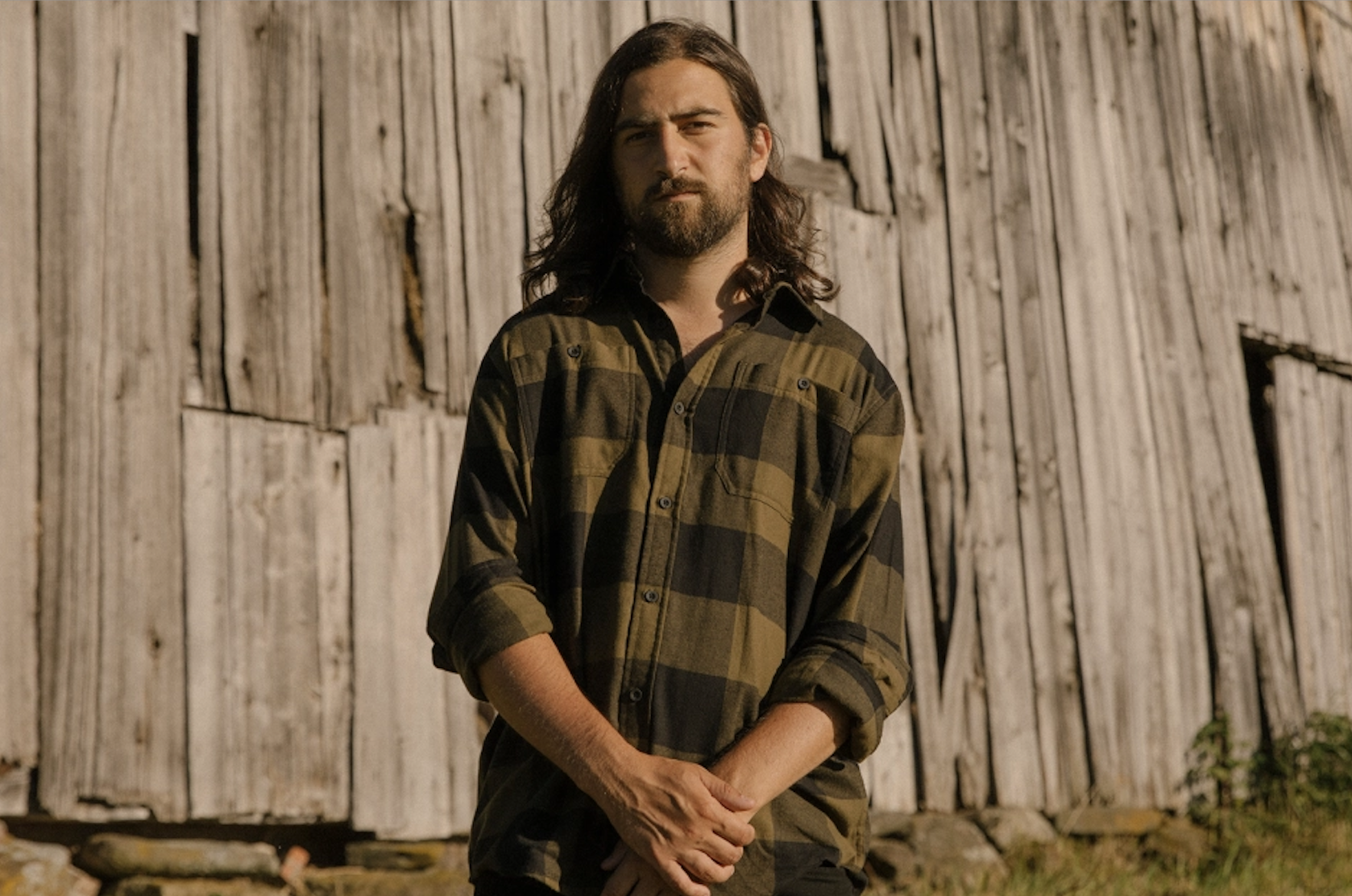 It is, indeed, the season of the sticks, as well as a very busy fall for Noah Kahan. Following the success of his third full length album’s titular lead single, the Vermont-born singer-songwriter released the highly-anticipated Stick Season (2022) on Oct. 14, two days after setting off on his largest-scale US tour yet. Despite his rising popularity, Kahan’s latest album is undeniably authentic in its depiction of coming of age in small-town New England. Through rich storytelling and accessible themes, Kahan invites everyone, from New England or elsewhere, to immerse themselves in his journey through love, loss, and seasonal depression.

Stick Season follows up Kahan’s 2021 album, I Was/I Am, a pandemic album characterized by its darker themes of isolation and self-reflection, in what feels like a natural progression. Kahan transitions from the exploration of who he is that he embarks on in I Was/I Am, to the examination of how he became the person he is today in Stick Season. While I Was/I Am has a more pop-influenced production style, removing the rasp in Kahan’s voice and relying more on piano-driven melodies, Stick Season seems to return to the guitar-driven, folk-influenced roots of his first album, Busyhead (2019).

Stick Season’s biggest strength is Kahan’s masterful storytelling. Keeping with the tradition of American folk music, each track on the album tells a rich and complete story. Through his lyrical specificity, Kahan is able to trigger a range of emotions in the span of a standard song. “Orange Juice,” the longest song on the album clocking in just short of five minutes, lays out the most compelling of these tales. The song begins with quiet guitar strums as Kahan offers the subject—a loved one who got into a drunk driving accident years ago that was fatal for some passengers—orange juice, promising that “no one will tempt you” because “we know you got sober.” After the first chorus, the tone shifts from a soft request to a screaming plea, with the incorporation of thunderous drums and quick-tempoed banjo. Kahan’s voice breaks as he exclaims that the crash “made you a stranger” and “filled you with anger.” The subject gets a response at the refrain of the song, and points out “that the world has changed” and challenges Kahan: “don’t you find it strange / that you just went ahead and carried on?” After this response, all of the music fades to a single guitar strum once again as Kahan expresses that above all, he wants this person to forgive themselves. Through this song, framed as a conversation, Kahan describes a lifetime in just a few minutes, detailing a story of pain and forgiveness that draws listeners in from the very first verse and has them crying at the end, as if they too have experienced this exact event.

While some of his songs are as heart wrenching as “Orange Juice,” others, like “She Calls Me Back,” are pure fun. The track describes the thoughts running through Kahan’s mind—from “Do you lie awake restless?” to “I don’t get much sleep most nights” to “Everything’s alright when she calls me back”—as he waits for a girl to return his calls. It’s the perfect song for dancing around in your room, maybe waiting for a message from a special someone.

The genius of Kahan’s songwriting is in the way he utilizes small details to evoke strong emotions. He is never just simply describing something that has happened to him; instead, he pours his inner monologue, his deepest fears, and his rawest emotions into his lyrics. Rather than explaining that someone he loved has died in “Strawberry Wine,” he sings, “We buried your bones in plywood.” The imagery created by the sentiment, bones buried in a plywood box, is so jarring and novel that it evokes a deeper sadness than the phrase ‘died’ could. This tactic works just as well for his more upbeat songs, like “All My Love,” where he introduces a high school relationship by describing, “I leaned in for a kiss thirty feet from where your parents slept.” This evokes such an intense feeling of falling in love as a teen, kissing in your childhood bedroom, growing into new relationships while feeling stuck in old ones. Kahan’s lyrics never explain how listeners should feel or direct them to feel any certain emotion; instead, they simply set a scene that conducts listeners to produce those same feelings themselves, relevant to their own lives. Using the smallest of details to set a vivid scene, he does not merely describe pain or joy or loneliness, he causes it.

Kahan’s brand has always been the fact that he is from New England, but this album centers that upbringing, using comparisons to New England weather to explain his emotions. In the first track, he opens the album by asking for forgiveness for his “Northern Attitude”: his standoffish nature and seasonal depression, the products of being “raised out in the cold.” On “Stick Season,” Kahan describes that he is “terrified of weather” as the colder months bring on his darkest feelings. He compares the loneliness of his own life as he transitions from adolescence to adulthood to Stick Season in New England, after all of the leaves have fallen off the trees but before the first snowfall. The landscape becomes a monotonous palette of gray skies, bare twigs, and decreasing temperatures. As a New Englander, I could instantly picture the “season of the sticks,” and feel the despair and quiet loneliness that permeate the late fall.

Simultaneously endearing and disparaging references to New England abound, and each one feels like a special shoutout to those bonded through skipping school for parades at least once a year, spending the entire day at the anomaly that is Jordan’s Furniture, and drinking far too much Dunkin’ coffee. One of these callouts comes in “Homesick,” where Kahan describes how sick he is of his tiny hometown with an act of clever wordplay. At the climax of the chorus, Kahan exclaims,“I’m mean because I grew up in New England,” and it’s hard not to scream the line with him. This one line has, of course, become a trend on TikTok, where users describe the different ways they were shaped by the places they grew up in. Kahan himself has reacted to these videos, writing that it is “so cool how this song is allowing people to express the quirks of where they’re from.” At its core, Kahan’s New England weather references aren’t about New England at all; rather, they’re about the ways in which the place we grew up in shapes the person we become, the people we choose to trust, and the relationships we keep.

On Stick Season, Kahan weaves together powerful vocals and layered instrumentation with a low-tech production style, creating a stunning, cohesive sound throughout. It’s a love letter to the string instrument, and it flaunts the many different ways in which it can be utilized. Kahan’s sweet spot lies between songs you can scream in the car and songs you can strum along to around a campfire. Each track is acoustic through and through without sounding unnecessarily soft or slow, as Kahan knows when and where to use softness to his advantage without making the album feel sleepy. Songs like “The View Between Villages” build to larger-than-life chords that can be simultaneously felt as a swell that surrounds the listener like a warm hug and as their own heartbeat, steadily rising from deep within themselves.

“The View Between Villages” is to Stick Season as “Happier Than Ever” is to Billie Eillish’s Happier Than Ever (2021) or as “I Know the End” is to Phoebe Bridgers’ Punisher (2020)—it’s a story of juxtaposition, where a steadily paced intro gives way to an energetic release at the climax. It starts off measured and methodical, with heavy reverb and a bass drum that acts as the song’s heartbeat, but after the first two verses, the tempo changes completely. Kahan belts his bittersweet inner monologue in the last minute of his drive back home, a cathartic release before returning to the stillness of his childhood home. The genius of the track is that it’s the perfect song to scream as you pull into your driveway, because that is exactly what it is about. Once again, Kahan does what he does best by memorializing the familiar, and he strings the listener along on a journey they’ve experienced so many times but never unpacked.

The entire album is a sensory experience. In “Stick Season,” I can feel the last few leaves crunching under my feet and the cold wind biting at my cheeks as I walk home in the months just before winter. In “All My Love,” I can see my awkward first kiss in a Chili’s parking lot (unfortunately very true). With “Come Over,” I can taste the cookies my mom would bake for my friends, and I and feel the second of anticipation while I wait for them to exclaim that they were delicious. Stick Season is not background music, it’s an emotional tour-de-force.

There is something intangible and unnamed about Kahan’s work that just makes it so compelling. The catchiness of his choruses, the punch of his bridges, the forceful guitar strums, and the echoing harmonies all fit together just right to create this no-skip album. Kahan creates songs that cannot be hummed or softly sung; they must be shouted from rooftops or screamed from a car going 80 on the highway, simply because the lyrics and chords are felt from deep within the soul.

VOICE’S CHOICES: “The View Between Villages,” “Northern Attitude,” “Orange Juice,” “All My Love” 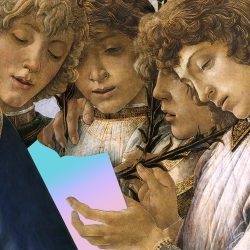 Growing up, not growing old: Phoenix shimmers on Alpha Zulu