A disappointing but nostalgic prequel: Rings of Power (2022) misses big

Full Disclosure: If you’re looking for a detailed analysis on how J.R.R. Tolkien’s world works or how his world-building is incorporated into the show, this is absolutely not the article for you, my friend. Growing up, I was initially drawn to the movie adaptations of The Lord of the Rings (2001-2003) and The Hobbit (2012-2014) simply because the films cast some incredibly attractive people.

I was the target audience for whom Legolas was added into The Hobbit, and I still think Orlando Bloom makes a stellar elf. I’m not ashamed, but I do need to place a point of reference for how I began my journey watching The Rings of Power (2022).

The show is a prequel of J.R.R. Tolkien’s books, The Lord of the Rings and The Hobbit, which draws inspiration largely from appendices in the former. It also is based upon lore from The Simarillian, a collection of tales and myths about the worlds of Middle Earth, Númenór, and the other fantastic locations of his works.

Throughout the eight weeks I spent watching the Rings of Power, though, the importance of world-building and incorporation of lore, language, and history into the show grew for me. I found that the show’s greatest success is how it masterfully weaves in the stories we know and love, while building the millennia of history around them that shape Middle Earth into the familiar setting for two hobbits’ journeys.

The story follows Galadriel (Morfydd Clark) in her quest for revenge against the evil growing in Middle Earth: Morgoth’s servants, the orcs. Along the way, she joins forces with Halbrand (Charlie Vickers) and the Númenóreans to recrown a king of the Southlands. Simultaneously, the plot tells of Gandalf (audience members presume) and his arrival to Middle Earth via comet. The elves are also struggling to survive, the trees in Lindon are dying and their only hope is the dwarves’ precious ore, mithril.

Despite its successful world-building and incorporation of several of Tolkien’s works (or so I’m told), the show still falls flat on its face. Almost all of the characters lack the depth and development that would transform them from one-dimensional bleh into timeless and loveable—or at least love-to-hate them—protagonists.

Public perception towards Rings of Power has not been kind; the show boasts an audience score of 39 percent on Rotten Tomatoes and nearly 28 percent of Amazon’s reviews on Prime are one star). The show has not struck home for most dedicated fans—many for whom the series represents decades of their life —and for good reason.

The show boasts some of the most cardboard-like, dull characters to ever cross the screen. Galadriel has the character development of a squirrel: that is to say, none. She is pure and good and conventionally beautiful, and did I mention frustratingly pure? Unfortunately, she is not the only boring protagonist. And others—from Captain Elendil (Lloyd Owen) to Elrond (Robert Aramayo)—are also painfully static. Sure, they experience hardships, but their perspectives and worldviews are not challenged, making their journeys boring to watch.

Creators Patrick McKay and John D. Payne nail two characters: Halbrand and Durin III (Owain Arthur). Is Halbrand the Walmart version of Aragorn for much of the series? Yes. Am I kind of okay with that? Also yes. The traits that made Aragorn endearing—his unwillingness to accept his destiny, his dogged perseverance, and his greasy hair—are reborn again in the character. Durin’s characterization initially starts as  more comical, but as the series progresses, develops into a prominent role. While it’s cheesy and a bit cringey at times, especially in his interactions with his wife, Princess Disa (Sophia Nomvete),  his struggles are more human (ironically) than almost any other character’s.

The show also, in the way of many a movie-turned-TV-show, has the opportunity to create several more plotlines than would be permitted in a two-and-a-half hour movie. One would think this addition is a positive but of course, the show fumbles this too. Some of the plotlines, the writing dull as dishwater, feel superfluous. The love story between Bronwyn (Nazanin Boniadi) and Arondir (Ismael Cruz Cordova) is remarkably uninteresting for a romance between an immortal elf and a human—literally the thing of child-me’s dreams. Some highlights of their interactions include a scene where Bronwyn is reflecting about relocating to a greener area, and, as cliché as one can get, Arondir responds: “A place for new beginnings,” with an oddly suggestive look. Of course it’s a place for new beginnings, Arondir, their home was burned down by a volcano.

At times, suspension of disbelief can mitigate the poor writing. I am a sucker for Arrondir catching arrows as much as the next viewer, but the prowess of each character seems to fluctuate depending on what the writers want to happen next. For someone who can catch arrows in his hand while leaping impossibly high, Arondir spends a significant portion of several episodes getting beat up.

The show’s entire narrative falls into the largest pitfall of any prequel: it relies too heavily on “gotcha” moments drawn from the source material, namely Peter Jackson’s “Lord of the Rings” trilogy and J.R.R. Tolkien’s books. Every impressive scene in the show can be pinpointed to a lightbulb moment where the audience is able to connect the stories of Jackson’s Middle Earth to that of Rings of Power.

Gandalf’s supposed identity as the Stranger, for instance, is given using a word-for-word parallel to dialogue from Jackson’s The Fellowship of the Ring (2001). There’s nothing wrong with acknowledging the cultural impact of the originals and giving the fans a screaming moment, but when it happens too often, it becomes stale. The naming of Mordor following Mt. Doom’s explosion is a shocking and fun connection to make as a watcher. As is the discovery of mithril and the Balrog—if only because they bring the audience back to the classics. But there’s only so many times shock and nostalgia can be the prevailing emotions a viewer feels before the awe fades to a feeling of boredom or irritation with the writing. Reveals or connections to time-honored classics can only be a crutch for bad writing for so long.

The reveal of Halbrand as Sauron is arguably the worst example. The story has been building to Sauron’s identity for eight episodes—the orc’s “Adar,” the progeny of Morgoth, etc.—and when it happens, it’s got the wow factor: that the Aragorn knock-off is the villain that will dominate the next two. But when the reveal’s over, it’s done. The writing is simply not good enough to support the season-long reveals the creators want.

To be fair, the show is gorgeous. Khazad-dûm is brought to life as a sprawling ecosystem under the mountains, a far removed image from the dark and dismal Moria audiences were familiar with. Lindor and the elf cities are similarly resplendent. The costumes are, in classic fantasy style, enviable, and a particular favorite is Bronwyn’s layered dress that looks like it could hide hundreds of pockets.

The cast is also much more diverse than Jackson’s. The representation is one way the show is elevated from the originals. This Middle Earth is more reflective of the rich and diverse society of its audience, especially for Polynesian viewers. And the actors and actresses do the best they can, the weak writing simply means the audience is hard-pressed to fall for their on-screen personas.

Rings of Power is a fun fantasy show—if you disregard everything you liked about the original Lord of the Rings. And that’s what makes it so disappointing. Amazon had the potential to make a fantasy series for the record-books; Lord of the Rings, and even to a lesser degree ,The Hobbit, are timeless classics. With minimal source material, McKay and Payne could have spun a tale based on fan-favorites and expanded a much-beloved universe, but the hype fell short of the poor writing and underdeveloped plot.

As Jeff Bezos digs into his ridiculously deep pockets and funds the show for another 4 seasons, fans may continue to feel disappointed, or perhaps the show will realize its faults and adapt. Either way, we’re in it for the long haul.

More: Lord of the Rings, Rings of Power, tv show 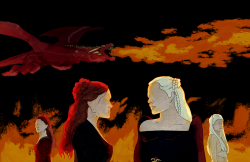 House of the Dragon soars beyond its stuttering start

By Amanda Yen and Lucy Cook

What a crap critique. Shallow and divergent. The charachters she calls shallow do have depth although they are elves. I scrolled after this even shallower commentary. Obvuoudky

How delightfully ironic that the author starts off by professing her undying love for the most wooden of characters from Jackson’s trilogy – Legolas – and yet apparently manages to find all characters in the Rings of Power dull and cardboard-like.

Furthermore, it doesn’t help her argument that she considers Jackson’s deeply flawed attempt at delivering a Hobbit trilogy a “timeless classic”. I suspect nothing in the Amazon series could have ever pleased her from the start, because you seemingly can’t create nostalgia for something fully new.

Absolutely right. The show was just a failure in terms of writing and Directing. It has about 500 fans though. But then again, so does the flat earth theory and that horrible Prometheus and Alien Covenant films

Nostalgia is good but only if they had some semblance of adherence to the source material. There is no lore building in the show. It is only lore-breaking. Billy Madisons explanation of the Industrial Revolution won more points