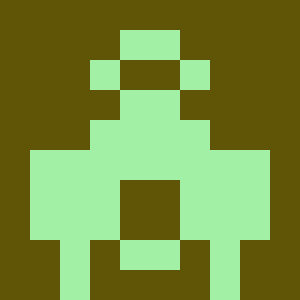 Sometimes a story is best told by the numbers: 13 games, 12 wins, 41 goals. That’s what the Georgetown and Villanova women’s soccer teams will bring in to their Big East opener on Friday afternoon. The Hoyas (5-0-1) and the Wildcats (7-0-0) have enjoyed success in the form of an offensive explosion to start off the season, so when the two meet in Philadelphia, something’s got to give.

In case you haven’t been paying attention to D.C. sports in the last few weeks, the hot topic in town is college football relevancy. This past weekend saw the first time in history that the District’s only two Division 1 programs, Howard and Georgetown, ever met on a football field. Yesterday morning, Mayor Adrian Fenty and a team of D.C. officials, including Councilmembers Jack Evans and Vincent Gray, officially announced the creation of the first ever college bowl game in the District: the EagleBank Bowl.

A fan’s eye view of the first ever D.C. Cup

When Tropical Storm Hanna left the D.C. area this weekend, she did so in style. After a long, gray day filled with constant rain, the Sunday sky was blue and cloudless. There was nothing to impede the midday sun from lighting up Howard University’s Greene Stadium, where two of the area’s most storied schools met on the gridiron for the first time in history. The scenery, the history, and the blinding sun were so powerful that they threatened to obscure one of the day’s most important truths:

When the Atlantic Coast Conference lured the University of Miami, Virginia Tech, and later Boston College out of the Big East in 2004, the goal was clear: turn the basketball-crazy ACC into a football powerhouse. The cross-conference exodus seemed to be just the right move to jumpstart such an evolution—Miami had made it to BCS bowl games in each of the last four years and Virginia Tech and Boston College were known heavyweights.

The men’s soccer team practiced to an interesting soundtrack yesterday afternoon—sporadic blasts of mediocre southern rock played through the recently added speakers on Kehoe Field. While the discord wasn’t exactly conducive to instruction, head coach Brian Wiese was more than happy to make concessions for the sake of the venue.

As a freshman in Harbin Hall who couldn’t see anything but the football field outside of my dorm room window, I would probably have been considered a shoe-in to attend the 2006/2007 season opener against Holy Cross. I didn’t—I slept in. For me, a football fan with familial claims to powerhouse programs like West Virginia and Tennessee, Holy Cross was just another name in our outdated fight song and Georgetown football barely even existed at all.

Hoyas ride a bounty of goals to Hollywood

This won’t be a relaxing three-day weekend for the members of the Georgetown men’s soccer team. With just a single day of school behind them, the team boarded a plane early this morning to participate in the Cal State Northridge Tournament in Los Angeles. The Hoyas will open up regular season play against their hosts—who knocked off the University of California 1-0 in an exhibition last week—before taking on Cal State Fullerton on Sunday and boarding the red eye back to D.C.

The Georgetown men’s soccer team’s regular season opener is exactly one week away, and head coach Brian Wiese has a problem. But unlike most preseason problems—injuries, inconsistency, confusion—Wiese isn’t particularly worried about his. In fact, his problem may be the envy of the Big East. That’s because the third-year coach’s most pressing issue is what to do with the 10 starters, 19 letter winners and four talented, fast-learning freshmen that make up this year’s team.

Few things are as comforting or nerve-wracking as a clean slate. Just ask this year’s horde of new students, whose current list of collegiate accomplishments is nothing but a rough outline written in the faint ink of ambition and expectation. Three incoming freshmen, though, have been busy making an early mark on the Hilltop this summer.

When a team finds itself ranked fifth in the nation in any collegiate sport, it’s usually not a question of whether or not they will reach the post-season; it’s how far they will go. The Georgetown men’s lacrosse team currently sits at fifth place in the USILA Coaches Poll, but for head coach Dave Urick, any complacency is unacceptable.