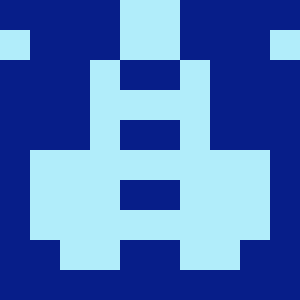 High Fidelity: One more time for the encore

I detest blatant self-promotion, so let’s just get the stupid part out of the way: I’m in a band. We’re playing a show tonight at the Red and the Black... Read more

“Foresight” became an operative term this at Georgetown this week, as the Future of Music Coalition (“a national nonprofit organization that works to ensure a diverse musical culture”) held its... Read more

Perhaps you’ve heard of that band. You know, the one that’s reforming for a big reunion tour in 2010. Yeah, that band. “The most important American band of the Nineties”... Read more

High Fidelity: A ticket to ride

By the time you pick up this paper (or read it online), millions of children, adolescents, adults, and seniors worldwide will have congregated in dens, dorms, living rooms, and basements... Read more

Ladies and gentlemen, welcome to the golden age of music consumption. Assuming you own a computer, have an Internet connection, and know how to use Google correctly (that’s right, Google,... Read more

One aspect of The Open Door EP that Death Cab for Cutie definitely got right was that none of its songs would have fit well on the band’s latest full-length, Narrow Stairs.... Read more

“The paintings around me/ they don’t understand me/ I’m a bit too early/ I’m seen as development,” Peter Morén sings on “Blue-Period Picasso,” as if to justify the growing pains... Read more

Fast-forward to 2008: Cox now has two critically-acclaimed bands to his name (Deerhunter and Atlas Sound), Mee has been replaced by Whitney Petty (a former cheerleader), and the band stands on the verge of releasing their third LP, Microcastle. The release is accompanied by more drama from Cox, who accidentally leaked new material from both of his bands a few months ago.

In Ear Park, the second effort from Brooklyn duo Department of Eagles, is everything you could hope for from a sophomore album: it’s dense, engaging, and (most importantly) an improvement... Read more