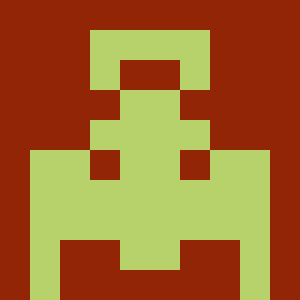 Although they’re often lumped together with indie rock artists, Fleet Foxes are, at heart, a folk group. That folksy sound helped them develop a steady listening base with their eponymous 2008 debut, and they remain true to it on their sophomore release, Helplessness Blues. The album proves to be a strong follow-up, with shining moments that are pleasant enough to make even the grouchiest person smile yet powerful enough to get the lethargic stoners out of their seats.

Fade to Black: Kicking and streaming

Movie studio execs must be keeping America’s psychiatrists pretty busy. I imagine all their therapy sessions start out with a discussion of the same recurring dream: their spouses have lost all interest in them and have fallen for the small, evil red envelopes that have been moving in on their territory for years. Of course, when they first met, the movie execs thought the envelope was awesome: it babysat the kids, walked the dogs, and trimmed the roses. Then, boom! One day, said executive catches the little red bastard in bed with their better halves!

When I made the decision to go to Georgetown last spring, I knew what the school was known for and, well, what it was not known for. The strengths, which in my eyes outweighed any drawbacks, included its relatively small size, location in D.C., and academic reputation. But my decision still meant making sacrifices. As a musician who plays many instruments, including piano, guitar, and (my personal favorite) drums, I found Georgetown had relatively few outlets to satisfy a non-music major’s cravings for jamming. 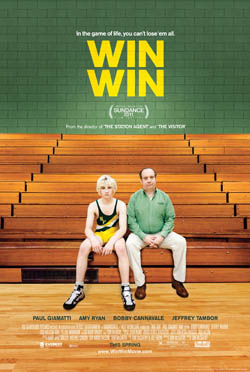 All Win Win does is win

Produced in an industry where the average blockbuster offers a surreal narrative alien to daily life, the low-budget Win Win centers on the meaningful relationships formed around rather unremarkable circumstances. The film follows a familially frustrated high schooler and a financially unstable lawyer-cum-high-school-wrestling-coach as they form an unlikely bond. And while there is nothing too profound or exciting about the premise, the film’s down-to-earth characters and ability to remain light-hearted yet poignant distinguish Win Win from the average feel-good comedy.

Last summer, Hollywood brought out its big guns for The Expendables, a hedonistic bullet-fest that claimed to be nothing but that. But the movie did have one sizable surprise: its cast of aged veterans— Schwarzenegger, Stallone, and Willis—felt oddly refreshing. The disheartening truth is that the classic action movie, with its dual-wielding protagonists, blond Russian enemies, and unforgiving muscles, is at a low point in its existence. Recently, studios have managed to churn out some movies in this dwindling genre, but superhero and comic book films have gotten a stranglehold on the good ol’-fashioned blockbusters in which the aforementioned California Governor thrived.

Fade to Black: Cage against the machine

The glamorous world of Hollywood has always had its ups and downs. But no matter the industry’s condition, one man has managed to keep audiences and insiders on their toes. Defined by his notable voice, characteristic facial expressions, and dramatic range rivaled only by Daniel Day Lewis, Nicolas Cage has done it all. His work has earned him roles in films by the Coen Brothers and David Lynch, and even an Oscar. Yet the later works in the Cage canon—films like Bangkok Dangerous and this Friday’s Drive Angry 3D—prompt one of the most-pondered questions of our day: What the fuck is Nic Cage doing?

Today’s indie music is somewhat dichotomous: on one side are the simplistic, folksy, vocally-driven bands, and on the other there are chillwave electronic maestros. But on his 2010 debut Causer of This, Toro Y Moi (real name Chazwick Bundick) managed to slip between the cracks, landing in an altogether undefined genre with a combination of catchy melodic vocals and trippy electronic samples.

Fade to Black: We don’t need no education

Just over a week ago, three Georgetown graduates made their mark on the Sundance Film Festival. Hoyas contributed to two entries, earning two prizes and sending shockwaves through the indie film world. While Georgetown can take pride in these ambitious filmmakers’ success, their graduation from a school that lacks a film program proved yet again that when it comes to getting ahead in the movie business, a degree from New York University’s Tisch School of Arts is often not as important as raw talent. 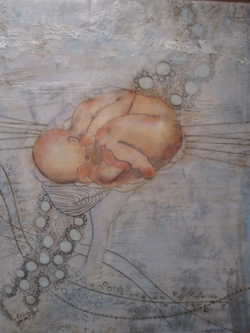 While scientific advancement has led to solutions and cures that had previously seemed impossible, it has also bred confusion. In fact, very few average people can grasp the small, intricate details of how things actually work anymore. In the exhibition “What Was There To Be Seen,” on display now at the Ann Loeb Bronfman Gallery on 16th Street near DuPont, Kindra Crick and Carolyn Bernstein convey their personal fascinations and frustrations with the often cumbersome subject of biology.

The Golden Globes, a catastrophic mess of erroneously categorized nominations, are finally over. And although the awards ended up in the right hands, the Hollywood Foreign Press has a long road to restoring its image. As if to counteract that embarrassment, the Academy released the Oscar nominations on Tuesday, and, proving that good taste still exists somewhere, left trash like The Tourist and Burlesque out of its pool.