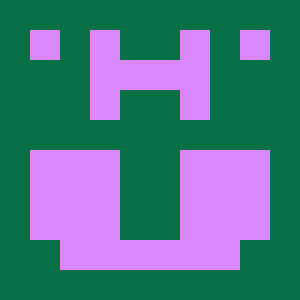 Georgetown University employees donated the fourteenth largest amount of money to Obama for America, Inc., over the summer, based on a ranking of employee groups released by the Center for Responsive Politics.

After three years of renovation, Rose Hardy Middle School in Georgetown reopened its new, bright blue doors on Monday. Along with the physical improvements, Hardy may be one of the schools used as a testing ground for a new program in which middle school students are rewarded for academic success.

On the Record: Jack DeGioia

After a three-alarm fire badly damaged the South Hall building at Eastern Market on April 30, members of the District community have joined together to support its merchants until the building is ready to reopen.

City on a Hill: a biweekly column on D.C. news and politics

As Oliver Wendell Holmes observed of the First Amendment, free thought is “not free thought for those who agree with us, but freedom for the thought we hate.” We must be willing to accept those protests which represent political orientations that we find distasteful. But regardless of content, there are some forms of protest that are inherently illegitimate. This week’s Save America Fund “Truck Out Rally,” which took a stand against allegedly lax immigration policy, was one such protest.

Iraq, Darfur are top political priorities for US youth

The war in Iraq and the crisis in Darfur dominate the minds of 18 to 24 year olds across the country, according to a new Harvard University survey.

City on a Hill: a biweekly column on D.C. news and politics

Brian Trivers has lived in the District of Columbia for all of his 59 years. His family has been on the same street in Southeast D.C. since 1869. Trivers loves the city and is about as Washington as they come. But as the Washington Nationals open their third Major League season, will Trivers be supporting them?

Mayor Adrian Fenty (D) presented the first budget proposal of his mayoral tenure to the District Council on Monday, where it was greeted with both praise and concern. Though councilmembers said they had not had time to look at the budget in depth, many voiced uncertainty. Fenty requested $5.7 billion in local spending, but added no new taxes. The District’s Chief Financial Officer, Natwar Gandhi, said in a letter attached to the budget that this was an 8.8 percent spending increase over the budget for 2007.

Randy Cohen, author of the New York Times Magazine’s ethics column, feels like he frequently gets left out at parties.

“I’ve become a kind of professional wet blanket,” he said. “I feel like there are all kinds of fun and depraved things going on until I arrive.”

City on a Hill: bi-weekly column on D.C. news and politics

New faces in government have a way of fading quickly into old faces. Two months into Adrian Fenty’s (D) term as mayor, everyone has their fingers crossed that this time, things might be different.