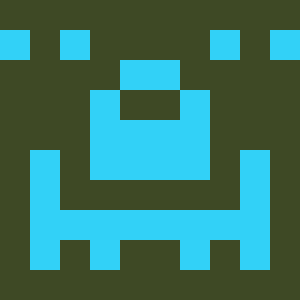 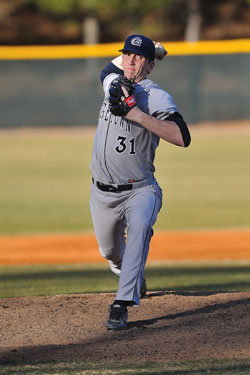 Despite posting a disappointing 24-31 overall record and a 5-9 record in the Big East last year, the Georgetown baseball team enters this season with some minimalist goals, but a mild sense of confidence. Georgetown has struggled in Big East play in recent years, often finishing last. 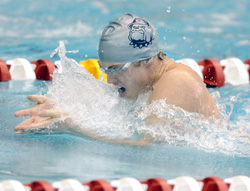 Georgetown’s swimming and diving team is preparing for the Big East Championships, which are set to begin Friday for divers and President’s Day weekend for swimmers. Both competitions will be held at the University of Louisville. The Hoyas finished the regular season with both the men’s and the women’s squads losing to Maryland in their final dual meet. 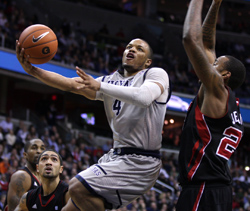 Georgetown has shown this season that they can win games in every fashion, but the last two games have shown that they know how to win in the most important way. Monday night Georgetown defeated Louisville 62-59, which followed a 69-66 win at Villanova on Saturday. 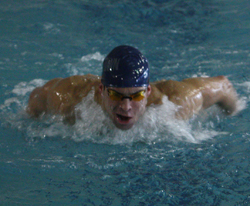 The Georgetown men’s and women’s swim teams made a splash in their return to competition, with both beating American University in their first meet of the semester. However, the women’s squad also lost to James Madison University. The Hoyas posted strong times, and two more women qualified for the Big East Championship in February.

Georgetown’s lightweight crew team has spent its entire season preparing for one thing: Eastern Sprints. Even though the crew team is winless so far this season, they are by no means out of the competition. One sign of hope for the team is last weekend’s meet against Princeton and Penn where the Hoyas lost to top ranked Princeton by only 2.4 seconds in the varsity race.

The Georgetown Baseball team is enjoying one of their most successful seasons in recent memory. One of the main reasons for this success is junior third basemen Sean Lamont, whose career on the Hilltop can be summed up by one word: power. Lamont led the team in home runs, RBIs, runs, and slugging percentage during his first two years.

As Tiger and Phil were competing at the Masters last weekend, sophomore Brian Dorfman was leading the Hoyas in the Princeton Invitational with a 4-under par score of 67, the best single round score of the tournament. The Hoyas went on to finish in seventh place out of 15 teams.

The Georgetown Baseball team’s bats have been lighting it up this week, helping the team win two of three games against the George Washington Colonials and secure victories over Delaware State and Navy. The Hoyas scored at least nine runs in four of those five games. In the Delaware State game Georgetown exploded offensively for an 18-7 victory.

Through rain and snow, Hoyas tredge on

As MLB teams start spring training games this week in Florida and Arizona, Georgetown’s own baseball team heads down to Florida for eight games in the nine-day Rollins College Baseball Classic. The Hoyas enter the tournament coming off of a loss at Norfolk State after taking two of three games from George Mason.

Coming off a sweep against Howard last week in their final home meet of the season, the men and women’s swimming and diving teams looked to finish the regular season with a trip to College Park to face the University of Maryland. Both teams were defeated by the Terps, but the main goal of the meet—to have as many swimmers and divers as possible qualify for the upcoming Big East Championships—was accomplished, with six Hoyas garnering berths.