Breaking up is hard to do, and it looks like it’s going to be especially hard for The Hoya and the University as they continue to fight a custody battle over the paper’s name when it goes independent next fall. With both sides refusing to budge on the contentious issue, negotiations have stalled.

“From the University’s perspective, there are no negotiations,” Director of Student Organizations Martha Swanson said. “The name belongs to the University and they are not allowed to have it if they become independent.”

According to Swanson, the University wants to keep the name for copyright reasons: if one organization not affiliated with the school is allowed to use the name, then there is nothing to stop other organizations, most notably clothing manufacturers, from doing the same.

But would The Hoya by any other name smell as sweet? Not according to its editors, and in my opinion, they’re right. As current Editor-in-Chief Moises Mendoza (SFS ‘07) argues, the name is integral to the paper’s identity.

Mendoza declined to comment on potential new names, and incoming Editor-in-Chief Aaron Terrazas (SFS ‘07) characterized the negotiations as “ongoing,” so it looks like The Hoya won’t relinquish its name without a fight. Nor should it, but not only because the paper has a history with its current name.

Beyond the ideology, there is, of course, the question of readership. Some students think that a new name might be just what The Hoya needs to gain a few new readers.

“I guess it would be an end to a tradition of sorts, but maybe it’ll boost interest in the paper,” Ruben Loyo (COL ‘07) said.

Changing The Hoya’s name would be an end to a tradition, and that’s the real issue at stake here. The word hoya is not just about Division I basketball players or overpriced bookstore sweatshirts or even a campus newspaper; it encompasses every Georgetown student. Whether or not it is published by the University, The Hoya is made by and for Georgetown students, and the administration should not be allowed to maintain a monopoly on a word that every incoming freshman takes as his or her own.

If the paper does lose its name, it might end up facing another challenge: getting the new name noticed.

“A lot of people are out to lunch,” Audra Blanchfield (NHS ‘08) said. “I didn’t know they were considering independence.” 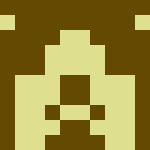