Two Georgetown University students were led away in plastic handcuffs Saturday after lying down in front of the White House to call attention to the crisis in Darfur.

Anna Jacobson (SFS ‘09) and Seth McCurry (SFS ‘09), along with 30 other fellow demonstrators, were arrested by the U.S. Park Police for illegally occupying a portion of the sidewalk on Pennsylvania Ave.

“They were ready for us,” Jacobson said. “They had the paddy wagons all lined up.” Jacobson and McCurry were fined $75 each on charges of misdemeanor and released.

Hundreds of other demonstrators for the Darfur cause looking on from across the street cheered as their compatriots were taken away.

“It was an act of civil disobedience to say it’s not okay to stand by idly during a genocide,” Erin Mazursky (SFS ‘07), executive director of Students Taking Action Now: Darfur, said.

Mazursky participated in Saturday’s protest but stayed on the other side of Pennsylvania Ave. out of range of the cops.

“Although I’ve seen bigger rallies, it was good to see people still advocating and demanding that something needs to be done,” she said.

This is not the first time Georgetown students have had a run-in with the law over Darfur. Last spring, former STAND Executive Director Patrick Schmidt (SFS ‘06) was arrested demonstrating in front of the Sudanese embassy.

In the two years since then-Secretary of State Colin Powell declared the killings in the Sudan a genocide, the Georgetown campus has taken a leadership role in raising awareness about the ongoing violence in the Darfur region. In 2005, STAND was awarded a $40,000 grant from Reebok International Ltd. for its humanitarian efforts.

“I think that if things like this keep happening, they’ll see that they have to act on the public will,” Jacobson said. “There needs to be some sort of intervention.” 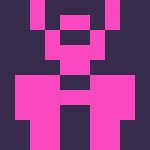