Carrying On: the secret of my happiness

Last weekend a friend of mine and I were throwing a pair of cowboy boots across the room at each other and a rogue shot knocked out my front tooth: about the worst possible thing that could happen in that situation. My friend begged my forgiveness with his head cradled in his hands, but I wasn’t concerned. I flashed him a broken grin and laughed, then pulled out the phone book and called a dentist. Problem solved. The lesson I learned from this was not to be more careful with my teeth, but that hockey players really don’t have it as bad as I’d thought.

Unlike me, your average Hoya lives in a constant state of fear, where the slightest misstep could bring disaster falling on his head. The threat of low grades, being socially ostracized or poor job prospects menaces him constantly. No class can be missed for fear of failing the final. He must begin searching for his off-campus house a year in advance for fear that his first choice of leases will be usurped by a more future-oriented student. Preregistration is a time of internal strife and he agonizes over whether or not to take a class that sounds fascinating for fear of throwing his entire four-year plan off course. In short, he spends all his time and energy avoiding the unthinkable fate that awaits him if he fails.

By the standards held by most Hoyas, I’m probably falling towards that unthinkable fate. I often skip class, and the idea of doing my Italian exercises anytime other than during class never even crosses my mind. After graduating Magna Cum Laude from high school, I commonly get Bs, and even some Cs here at Georgetown. I’ve only really even been involved with one student club and, after four years, I’ve never held a leadership position, though I have lost an election for one. I’ve not kept up with good friends, have been turned down by women that I cared for and not seized opportunities that I should have.

On the other hand, when I compare myself with other Hoyas that I see and know, I notice a running trend: I am always happy, and very often they are not. The secret is that I understand that even the worst things that can happen are not really so bad, and certainly nothing to get upset about. When you don’t do the reading and don’t do your homework, you get a piece of paper that says “C”—you don’t die or anything. A large proportion of Hoyas are here because they were not accepted at an Ivy, but somehow they continue to smile occasionally.

Happiness isn’t contingent on having teeth or getting good grades. In fact, as long as you’re not starving and cold, being happy is more a choice than anything else. That choice is not to worry so much about how awful things could get. Should the worst occur and you become neither a diplomat nor a high-powered executive, you’ll still survive. You’ll still have the chance to take another shot at success. I do, however, recommend that you increase your milk intake. Next time you do something reckless you’ll have a greater margin of error. 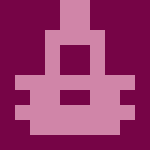