The future of NATO

Former Presidents José Maria Aznar of Spain and Aleksander Kwasniewski of Poland set forth their vision of a successful North Atlantic Treaty Organization united by Western ideology on Monday in the ICC Auditorium. Both men are Distinguished Scholars in the Practice of Global Leadership at Georgetown.

“Terrorists want to destroy our societies,” Aznar said. “NATO has a responsibility to fight them.”

The two disagreed, however, on the best methods for expanding the alliance.

Poland and Spain were two important allies of the United States when the Iraq war began in 2003.
Simone Popperl

Kwasniewski, whose country is on NATO’s eastern border, pressed for the inclusion of more Central and Eastern European countries—especially Ukraine and Georgia. Aznar proved less attached to the traditional view of NATO as a regional alliance, championing the inclusion of Japan, Australia and Israel. Both proposals reflect the perception that NATO’s new guiding mission is the fight against terror.

The leaders agreed that European countries should maintain ties across the Atlantic with the United States rather than disengage and form their own security policy. Aznar proposed the development of a “Homeland Security” department for NATO.

“I want to create a functional command devoted to counter-terrorism with a force of a military nature under its command,” he said.

Kwasniewski, meanwhile, reserved some concern for NATO’s historic enemy, Russia, saying the country’s policy toward NATO has been somewhat duplicitous.

He said that while Russia’s official approach to NATO policy is positive, some statements seem insincere.

The former Polish leader described Afghanistan as the organization’s greatest test, a sentiment echoed in the official report from NATO’s most recent conference in Riga, Latvia, and said that finding a unified approach in Iraq has been less difficult since Angela Merkel succeeded Gerhard Schroeder as the chancellor of Germany. Aznar said that it is wrong to think of Iraq and Afghanistan as separate struggles.

During a question-and-answer period, the two men broadened the scope of their discussion to countries in the southern hemisphere.

“[Chavez] has all the power throughout the country,” Aznar said. “It is a very dangerous situation.”

Both leaders presided over transformative periods in their countries’ histories between 1995 and 2005—with Poland emerging from the Communist era and Spain from the reign of Francisco Franco—according to Government Professor Robert J. Lieber, who moderated the discussion. Both claimed the countries had a “special relationship,” in the words of Aznar. 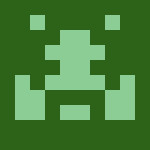