Time to live up to Catholic justice

An institution has got to live by a code. That goes for Georgetown, too, and its Jesuit ideals.

Another university with Jesuit ideals, Boston College, recently saw its Law School decide not to award its Founder’s Medal to Attorney General Michael Mukasey amidst controversy over the decision to host him as a commencement speaker. Students, faculty and alumni reacted negatively because of Mukasey’s refusal to classify waterboarding as torture. Waterboarding—an interrogation technique that involves strapping someone to a board upside down and pouring water over his or her face to simulate drowning—is torture, and anyone who says otherwise is essentially immoral.

Let me now step down from my soapbox and return to Georgetown. While we have yet to announce this year’s honorary degrees, we certainly have made some dubious decisions about those in the past—the crown prince of Spain? Really? More importantly, though, the University has chosen to host a number of former government officials as professors. Among them is Douglas Feith (LAW ’78), who was Undersecretary of Defense for policy from the start of the Bush Administration until August 2005.

Feith, the man responsible for post-war planning in Iraq, takes hits not only from those against the war but also those who prosecuted it, earning him perhaps the most famous epithet of this century thus far, General Tommy Franks’ “the fucking stupidest guy on the face of the earth.” But it’s time for him to cover his rear, and to that end, he is publishing a memoir of his time in office this April. The Washington Post, which obtained a draft manuscript, reports that “Although [Feith] acknowledges ‘serious errors’ in intelligence, policy and operational plans surrounding the invasion, [he] blames them on others outside the Pentagon.”

This comes of course from the intellectual who argued in the New Yorker that the philosophy of Edmund Burke justified the invasion of Iraq. This is the supervisor whose office issued the report showing connections between al Qaeda and Saddam Hussein’s government, which was later called “inappropriate” by the Pentagon’s Inspector General, rejected by the 9/11 Study Group and now conclusively proven wrong by a Defense Department review of over 600,000 captured Iraq documents. And, returning to the subject of torture, Feith was also among those who, in the 1980s, laid the intellectual underpinnings for rejecting the Geneva Conventions for certain types of detainees and whose office was in charge of Iraqi prisons, including Abu Ghraib, during that scandal. And lest we forget, he failed to create a viable post-war plan for Iraq.

And yet, Douglas Feith is one of our “Distinguished Practitioners in National Security Policy.” Which raises the question: what practices, exactly, distinguished him? During the run-up to his controversial hiring, a majority of SFS faculty opposed bringing him to the school, but SFS Dean Robert Gallucci decided to offer him the job anyway. At the time, Gallucci told me that “[Feith] could defend, as well as explain, those decisions [behind the Iraq War]. Not many faculty on campus would attempt to defend them, myself among them.” And so Feith teaches one class: National Security Policy of the Bush Administration.

No doubt my implication is clear: Feith should not be here. Setting ideology aside, this isn’t an issue of academic freedom. There are any number of conservatives, in the administration and out of it, who could make the case for the Bush foreign policy. There are also many Bush administration officials who actually are distinguished practitioners (Andrew Natsios, for instance). But Feith is not cut out for either position.

It’s too late an hour to see Feith off; we can only hope that the school will not renew his contract. Feith can take his salary, and the further thousands he will no doubt earn from his memoir, and try to and justify his failures somewhere else. But Georgetown is supposed to have a code, one that emphasizes both intellectual and moral rigor, and, in the case of a practitioner, practical success of some kind. We should not reward those who do not meet that standard by associating them with our good reputation. After all, our name is our name. 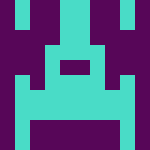 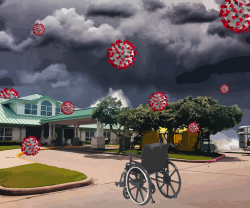