The Universal Life Church: When “mister” just won’t do

No one is ever going to address me as Dr. Baumgardner. This is not a surprise, as I have never planned on being a doctor. I don’t have a mind for it and I get squeamish around sick people. What is distressing is that I will never obtain the title of doctor. The word alone commands such great respect. It is something I am never going to experience. So last year, afraid of a life addressed simply as “mister”, I began the frantic search for an obtainable epithet that would suit me. It was through that search that I found the Universal Life Church.

First I ran through a quick vetting process of potential titles. Professor? Too ordinary. The political world has a slew of great titles, but my complete lack of political aspirations ruled most of them out pretty quickly. Too bad—Senator Baumgardner sounded so good. Next, I sent a letter of inquiry to the office of Clandestine Services at the CIA, but it went unanswered. Goodbye, Agent Baumgardner.

I was about to give up my search when a friend turned me on to the Universal Life Church, a California based organization formed to promote peace and religious tolerance. More in line with my needs, the church offered one particularly unusual service—free, online ordination as a ULC minister. This was what I had been looking for. So, all while my roommate was taking a nap, I filled out my information, clicked “Ordain Me,” and began a new chapter of my life as The Reverend Brendan Baumgardner.

Admittedly, I went through with my ordination as a joke. I was hunting for a title, and this one had the added bonus of real responsibilities. Today most states recognize the validity of a ULC ordination, and grant ULC ministers the right to preside over weddings and other spiritual services. Since the ULC was founded in 1959, there have been a number of court cases upholding this right. My mind immediately jumped to the prank potential this power held—convincing drunk friends to get married, for example, or baptizing pets to ensure their eternal salvation in doggy heaven. The more I studied, however, the more I understood that for many the ULC was much more than a frivolous title. It offered a religious marriage ceremony for those who could otherwise be denied—interfaith and same sex couples have embraced the ULC for years. Others opted to have ULC ordained friends or family preside over their weddings for intimate personal services. The Church was serving a very real need that fell directly in line with its only written doctrine, “Do only that which is right.” It is the responsibility of each individual, the Church explains, to peacefully decide what that is.

Understandably, the ULC has received its share of criticism for its unequivocal openness and unorthodox practices. The incredibly simple ordination process has tempted many to ordain their pets or unsuspecting friends, and others scoff at the idea of “Instant Online Confession.” However, it was in the response to the criticisms that I truly related to the ULC. When more conservative religious argued against open ordination, citing that most people should not be religious leaders because they did not have any formal theological training, the Church’s response was simple—neither did the Apostles. A church that responds to critics with smartass (but insightful) answers? I’m sold.
As a bonus, being a minister in the ULC puts me in good company. Johnny Carson and Hunter S. Thompson were both ordained in the Church, as were all four Beatles. Our more dubious ranks include Courtney Love, Kathy Griffin, and Glenn Beck—consequences of the open ordination, I suppose.

The Church has sent out more than 18 million ordination certificates since its founding in 1959. Undoubtedly a large percentage of those are people who, like myself, signed up as a joke and for a funny piece of paper to mount on their wall. Hopefully, many of those people also found the same thing I did, a powerful message of peace and tolerance that has helped thousands in very real ways. I understand that the ULC isn’t a church in the conventional sense, but I don’t think that is important. So what if it doesn’t present any binding dogma? The simplicity of its message makes the Church universal—do only that which is right. So I urge you, as a recently ordained man of the cloth, to do just that. Do only that which is right. 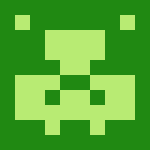