It is said that the grass is always greener on the other side. This tendency to always strive for something apparently better has created a destructive trend in the sporting world: successful college coaches leaving their posts for a shot with a professional franchise. College football coaches are most often guilty of this mistake, and recently, yet another has fallen victim.

Earlier this month, University of Southern California Head Football Coach Pete Carroll left the college ranks, taking the same position for the big money of the NFL with the Seattle Seahawks. He leaves behind the school he headed for nine years—nine years that saw the Trojans become the jewel of the college football world.

There are few football jobs in the world like coaching USC. First, Carroll had guaranteed himself top-10 teams into the future for as long as he wanted, thanks to the USC recruiting juggernaut. Whereas schools such as Florida and Texas can dominate their respective states, USC can pick out major talent from all across the country. Their roster is complete with All-Americans from every region of the country, and nearly all top rising recruits have USC near the top of their lists. USC is such a convincing sell to high-school stars that at one time, the Trojans had eight high school All-American running backs on the roster.

Along with these on-field perks, USC offers something no other college program can: large market coverage and a fan base without a pro-franchise to compete with. In effect, Los Angeles does have a professional football team—it’s the USC Trojans. Although L.A. will always be a Lakers town, Carroll and his players are superstars in the city. All in all, Pete Carroll was essentially a professional coach in L.A.

Despite all of these reasons to stay, Carroll will be manning the sidelines in Seattle at the start of next season. Ironically, the reason Carroll came to USC may be one of the reasons he is leaving: Carroll had a shot at the pros in the 90s, and as his tenure at USC suggests, the stint was not terribly successful. It must also be noted that Carroll is leaving behind a whirlwind of controversy stemming from alleged NCAA infractions by Reggie Bush and Joe McNight. When Seattle came knocking, the memory of a failed run in the NFL along with the brewing NCAA trouble were strong incentives to take the offer. One cannot fault this competitive spirit, but history shows that college coaches leaving for the pros often return to school with their tails between their legs.

Steve Spurrier, “the old ball-coach,” led the Florida Gators throughout the 90s, winning a national championship and becoming immensely popular with fans and alumni (helped by the fact he was an alumnus himself and a Heisman Trophy winner). Although he had tons of success and the ability to stay for many more years, the allure of the NFL was too strong and he ultimately left to coach the Washington Redskins. We know how that one turned out for the Redskins. Spurrier returned to the SEC with South Carolina after only two seasons in the NFL.

Nick Saban and Bobby Petrino both made the mistake of leaving college for the pros. Saban was a head coach in the SEC, and had recently led LSU to a BCS National Championship. However, the prospect of more successful years in Baton Rouge was simply not as tempting as the Miami Dolphins. Surprisingly, Saban was an unsuccessful pro coach. After just two years Saban returned to the SEC with Alabama and won the BCS National Championship this past season. Petrino left Louisville to head the Atlanta Falcons, but Petrino returned to the college field after just one year.

The case maybe most similar to Carroll’s is that of Howard Schnellenberger. As detailed by ESPN’s documentary film, The U, Schnellenberger’s fantastic recruiting turned Miami into a national powerhouse in just 5 years. After a national championship season, he resigned as head coach for a professional job. The league he joined fell through, and Miami went on to become a dynasty without him.

Pete Carroll has everything he could want at USC. Sure, the NFL offers a new challenge for Carroll to tackle, but he had the opportunity to be the greatest college football coach of all time. There is something to be said for the likes of Bobby Bowden and Joe Paterno, both lifetime coaches at one school. They are beloved by all, they many football games, and regarded as the best. Carroll could have been better.

So, this coming fall, when Carroll is standing on a rainy Seattle sideline, he may think back to those sunny Saturday afternoons in Los Angeles Coliseum. He might think back and realize, he had it all and he gave it away. 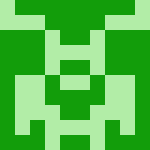