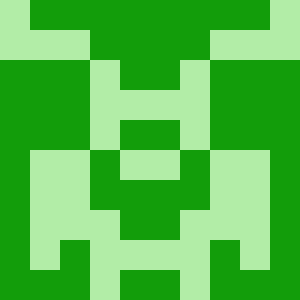 While words struggle to describe the depravity of former defensive coordinator Jerry Sandusky’s alleged actions, perhaps the most troubling component of the entire case was the lack of perspective employed by those in power to stop him. Coach Joe Paterno, undoubtedly the most heralded casualty of the scandal, was fired last week by the school’s board of trustees, causing an intense uproar in the Penn State community. Although it is easy to sit far from State College and condemn those impassioned protestors who took to the streets in Paterno’s defense, the question must be asked if we would do the same thing on the Hilltop. Would we be enraged over the firing of a historic coach amid such a scandal, despite the ill-fated consequences this action would have on the program?

Filling the void: Jason Clark and his new role

It’s no secret that last year’s renowned backcourt, sometimes referred to as “the D.C. Three,” experienced a substantial loss this offseason with the graduation of Chris Wright and Austin Freeman. In their absence, it is up to the third member of that dynamic trio, senior Jason Clark, to fill the void and provide leadership to a roster of young talent.

Double Teamed: The Passion of the Tebow

This past Sunday witnessed one of the more lopsided encounters of the NFL season so far, as the Detroit Lions battered quarterback Tim Tebow and the Denver Broncos up and down the field all afternoon. Not only did the Lions win 45-10, they made Tebow look simply atrocious.

Last Sunday, an extremely well played game between the Detroit Lions and San Francisco 49ers concluded with an interesting post-game tussle between Niners coach Jim Harbaugh and Lions coach Jim Schwartz, with both men attempting to fight in a sea of players after Harbaugh’s post-game handshake seemingly offended Schwartz.

At the end of next year’s NFL season, the AFC and NFC champions will head down to New Orleans for the Super Bowl. However, as of this past Tuesday, the stadium hosting the game will not be called the Louisiana Superdome, as it has been the previous six times it hosted the event. Instead, the teams will be trading blows in the newly licensed Mercedes-Benz Superdome.

On Tuesday night, the Pac-12 announced it terminated negotiations to expand the conference to 14 or even 16 teams. The conference said it was happy with 12 teams—for now.

Doubled Teamed: The value of Verlander

What does it mean to be “most valuable?” When it comes to MVP awards in sports, no one seems to know. Perhaps that is why Major League Baseball American League MVP race is as deep, varied, and uncertain as it has ever been in recent memory.

Men’s soccer on the rise

For many teams, being picked to finish fourth in one of the best conferences in the nation would be a source of pride. However, Ian Christianson, junior midfielder for the Georgetown men’s soccer team, feels the prediction was anything but a compliment.

Double Teamed: A black eye for a Buckeye

Most college athletic programs will insist that winning isn’t everything. Wins and losses are certainly important, but what truly matters is that the values, principles, and integrity of the university are upheld. At least that’s what they say. Such a philosophy is easy to uphold when a school’s hallmark program isn’t winning consistently or performing up to expectations.

No luck for lacrosse

When time expired on Sunday afternoon in South Bend, the Georgetown men’s lacrosse team found themselves in a very familiar position—down just one goal against a top-25 team. The 7-6 loss at the hands of No. 2 Notre Dame came as a huge blow to the Hoyas.