By Cole Stangler and Kara Brandeisky

Despite public promises from its owner to close at midnight, Philly Pizza and Grill has continued operating into the early morning on some nights.

At a hearing on Jan. 12th the D.C. Board of Zoning Adjustment permitted Philly Pizza to remain open until the next hearing on Feb. 9 under a stay of enforcement, granted after the D.C. Department of Consumer and Regulatory Affairs revoked Philly Pizza’s certificate of occupancy and charged that it’s violating its zoning agreement by acting as a fast-food establishment.

Two employees confirmed that the business regularly closes between 3:30 and 4 a.m. on weekends, depending on how many customers are present.

When Voice reporters visited Philly Pizza at 1 a.m. last Saturday, three middle-aged men sat down at a table upstairs, looked at a menu, and inquired about a waiter. An employee brought them paper cups of water. They were soon surrounded by Georgetown students eating pizza on paper plates. When Philly Pizza ran out of tables, the students sat on the floor.

Philly Pizza owner Matt Kocak denied that his establishment, which is classified as a sit-down restaurant in its certificate of occupancy, had agreed to shut at midnight.

In the Nov. 18 issue of the Voice, however, Kocak said he would close at midnight if that would allow his restaurant to stay open.

“I’m gonna fight for reduced hours so [neighbors] can sleep,” Kocak had said. “We just want to make sure that Philly P’s door is open for everyone, lunch, dinner, and midnight. But not 2 to 4 a.m. … Nobody wants to lose Philly P’s.”

When Metropolitan Police Department cars pulled up outside Philly Pizza in the early hours of Jan. 17, employees quickly ushered its remaining customers into the basement where they were told to exit through a back entrance, according to Ryan Sprouls (COL ’13) and other students present.

“They shut the blinds in five seconds,” Sprouls said. “We were all really confused as to what was going on.”

Although the restaurant continues to operate long past midnight, the situation outside the restaurant has drastically improved from months ago, according to neighbors.

“We haven’t really had the same kinds of problems,” said Jorge Gomez-Muller (COL ’10), whose front door steps on Potomac St. had previously been host to countless paper plates and at least one incident of public urination. “It’s not as bad as before.”

When Philly Pizza faces the D.C. BZA again on Feb. 9, Advisory Neighborhood Commission Chair Ron Lewis and Commissioner Bill Starrels will make their case to shut the restaurant down. 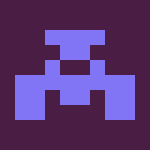