After winning last year’s Georgetown University Student Association presidential election as sophomores, Angert and Kluger moved quickly on an ambitious—but often controversial—agenda. They are now running as incumbents for the first time in recent memory.

In the summer, the newly elected president and vice-president sent out an Omnibus Student Survey, with questions on issues ranging from diversity to student safety, and began creating a subsidized LSAT preparation course for Georgetown students.

When classes started up again in the fall, Calen and Jason began work on the most contentious piece of their agenda: club funding reform.  In the first semester, the GUSA Senate passed legislation outlining six recommendations for the advisory boards and creating the GUSA Fund, meant to provide an alternative avenue for event funding. This Monday, GUSA passed legislation consolidating its control over the Student Activities Fee allocation process.

While the passage of the GUSA Fund and funding reform legislation fulfilled one of Angert’s major campaign promises, the legislation was opposed by the leadership of several advisory boards, most notably Student Activities Commission. Two of the candidates running against Angert for the presidency, Arman Ismail (COL ‘11) and Matt Wagner (SFS ‘11), have spoken out against the legislation, turning the debate into an election issue.

The pair has outlined an agenda for their second term focused on student life, space, conduct, and safety. Their website lists over 20 specific goals that fall under those three categories, including reforming meal plans by increasing student’s flex dollars and expanding Grab and Go hours, creating a task force to reform the Student Code of Conduct, and opening up the GUSA office for club meetings.

Of all the tickets in this year’s GUSA presidential race, Dang and Balloch are the most atypical. Dang and Balloch are the only females in the race, the only sophomore pair in a pool of candidates dominated by juniors, and the only candidates who are not current or former members of GUSA. But the two see their lack of experience in Georgetown’s student government as an advantage that will allow them to “bring a fresh outlook to the executive branch.”

“We feel that we could better represent the study body because we have concerns that come from an outsider’s perspective, and that’s what most of the student body is,” Dang said.

Dang and Balloch agree with much of Angert and Kluger’s agenda, praising the incumbents’ efforts on funding reform.

Dang said Monday’s legislation giving GUSA control over the allocation of the Student Activities fee was “a huge step in the right direction,” but added that the bill could create unexpected difficulties.

“There are a lot of potential challenges that could arise,” Dang said, “especially tensions between GUSA and SAC, and mistrust in GUSA.”

In addition to continuing funding reform, Dang and Balloch said they would seek ways to improve student safety at Georgetown. One of their proposals is the creation of a loop for the SafeRides shuttles, which would allow students to access the shuttles at scheduled times and regular locations.

Ismail and Stafford don’t look like your typical running mates. Ismail is a junior and current GUSA senator double majoring in history and government. His vice-presidential running mate, Tucker Stafford, is a sophomore who plays varsity football and lacrosse and has never been involved with GUSA.

Their differences are what sets them apart from other candidates, according to Ismail.

“Tucker and I have, I feel, the right balance: that unique combined experience we have understanding how things work inside GUSA and the fresh perspective from outside GUSA,” Ismail said.

If elected, Ismail says the two will work to return Georgetown to its Jesuit roots.

“The idea of the Jesuit spirit of service has been at the heart of Georgetown since it was created,” Ismail said. “A lot of people feel that we need to be consistent with that spirit. A lot of things in our platform will help us do that.”

Much of the ticket’s platform focuses on issues that Ismail and Stafford feel often go unaddressed, including making the campus more accessible for disabled students and creating a liaison between the GUSA executive and the LGBTQ community.

Some of Ismail and Stafford’s goals are broad, like strengthening the Latin American Studies Program. Others are startlingly specific, including one reform goal for Leo’s.

Both Wagner and Hampton served in the GUSA Senate last year. But after Hampton was pushed to resign after missing three GUSA meetings, and Wagner chose not to seek reelection so that he could study abroad in the fall, both candidates found themselves outside the GUSA loop. Discontented with Angert and Kluger’s leadership, they are now launching a campaign for the GUSA presidency.

Wagner and Hampton have been the most vocal critics of the Angert and Kluger administration, especially on the issue of funding reform.

The two believe that the reform was motivated primarily by discontent with the Student Activities Commission, and that any legislation should be directed primarily at SAC, not the other advisory boards.  The candidates have proposed repealing the legislation passed on Monday and instead reforming the way SAC commissioners are chosen.

“[Our solution] would just target the problem and not scoop up a ton of dolphins with the tuna,” Wagner said.

The candidates have also outlined several reforms outside of club funding, such as adding Grab and Go to the block meal plan and requiring a standard of “beyond reasonable doubt” to convict a student of breaking the Student Code of Conduct.

Wagner and Hampton’s campaign has come under fire because of Hampton’s absences as a GUSA senator. When asked about his resignation from the senate, Hampton says that financial difficulties forced him to choose between serving as a GUSA senator and working a job, but that his financial standing would not be an issue should he become vice-president.

“Since then I’ve been able to save up money and put myself in a better financial position,” Hampton said 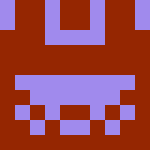