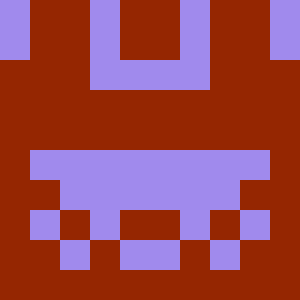 On the Tuesday before Veterans Day, Colby Howard, a Marine Corps veteran, was struggling to wrap up preparations for the flag raising ceremony that he had been planning single-handedly for a week. When he had a spare moment, he sat down to talk with another student veteran who was considering re-enlistment.

On Saturday, approximately 60 Georgetown students joined the tens of thousands of protestors gathered in front of the Lincoln Memorial for the One Nation Working Together rally. The event, whose organizers included the National Association for the Advancement of Colored People and an array of unions, environmental groups, student groups, and peace advocates

Three hundred eighty-five students applied to the Students of Georgetown Inc. this year, an unusually high number. But the entirely student-run company, better known as the Corp, hired only 57 new employees, for a total acceptance rate of 14.8 percent. They received up to 10 percent more applications than they had in any previous year.

After a rare second-term election fueled by a list of promised new initiatives and the slogan “Because Results Count,” Georgetown University Student Association President Calen Angert (MSB ’11) and Vice President Jason Kluger (MSB ’11) have spent the beginning of their second term shoring up existing initiatives and doing preliminary work on some news ones, but they have been forced to delay action on some of their most ambitious projects until the next academic year.

After the student town hall meeting in response to last year’s April Fool’s issue of The Hoya, President John DeGioia announced a commitment to recruit more Georgetown applicants from underrepresented groups. Although the specific initiatives of the Admissions Working Group—established following last year’s town hall—were made after this year’s pool had been admitted, a detailed profile of students admitted to Georgetown’s class of 2014 shows marginal increases in ethnic diversity.

Georgetown University’s Academic Working Group, which was formed last year as part of the school’s Diversity Initiative, has divided students and faculty alike with its recommendation that the University institute a diversity requirement.

This past Veterans Day, I participated in a panel discussion at Georgetown that examined the relationship between civilians and members of the military. Despite the fact that Pulitzer Prize-winning journalist Thomas Ricks hosted the discussion, the event was under attended.

As the House nears a crucial vote this week on the controversial healthcare bill, it appears more and more likely that Democrats will bundle influential legislation on student aid reform with the healthcare amendments they are attempting to pass using reconciliation. If passed, the bill would fundamentally change federal student loan programs by ending the practice of federally subsidizing private companies that give loans to students, instead giving federal loans directly to students.

The Georgetown University Student Association’s Finance and Appropriations Committee, which now has exclusive control over allocating the Student Activity Fee, is considering cutting funding to the Student Activity Commission unless the organization agrees to the reforms outlined in the Comprehensive Funding Reform bill GUSA passed in November.