The Capital of Sadness Part 2

The sound of the chapel bells ringing crisply across the snow seemed to splinter the smooth silence of the night that the cold air had frozen. It would now be one hour until check in and then another 15 minutes until lights out and sleep still further than that. He closed his copy of The Aeneid and thought about how Liz Smith would say that Aeneas’ search for Rome was a metaphor for his search for his true self. “Aeneas never speaks to his son Ascanius and his search for Rome pretty much precludes any real sense of self,” Cameron would retort with unveiled distain. He thought about the burnt ruins of Troy with no one there to see them and the ghost of Creusa wandering around the crumbling pillars that held up nothing. The quad was filled with the silver web of conversation and the cold didn’t prevent circles of people from congregating on the frigid stone paths.
He met Marie, as agreed upon, at the rink named after a dead robber baron. The rink was outdated and anomalous, an open air structure vaulted high above in rich wood beams that Cameron thought looked like a Viking mead hall. It had become a salient article of the school’s creed and identity. The rink hermit opened the circuit box and pulled down the lever that shut off the rows of lights high above and went back into the grumbling shed of greased machinery that kept the rink going. On the bench where Cameron sat during hockey games, a limp towel wrapped around his neck, watching the starting goalie blank yet another storied prep school program, they laced their skates with fingers already numb.

They were now alone on the rink whose color palette was reduced to an unfathomable black and a stray deviant whiteness of light that looked more like silver. Mist seethed up off the ice like incense ascending before the altar of the world. No one but Marie, he thought.

A security golf cart drove by the hockey rink. Its head lights dragged weakly through the boards flecked with black puck marks, projecting a dull light spotted with shadows onto the icy white surface of Marie’s face, making it seem the very map of his desires. He thought of when he had first visited Marie’s house. Before dinner she had thoroughly trounced him in ping-pong, gracefully taking no mercy, which somehow would not have comported with this new radiant Table Tennis Goddess appearing before him.
Then she played her father. Cameron sat and watched in one of the arm chairs in her basement and made funny comments at first, making inroads towards ingratiating himself, narrating the match like a sportscaster and thinking about inserting grunts like the ones he had heard from a Russian tennis starlet, but thinking the better of it, being in her father’s presence. The two of them forgot Cameron was there and slipped into their archaic dynamic. Their faces filled with blank concentration and a strange intimacy. Her father made aerobic stabs to gently tap the ball over the net and bent down to impossibly undercut the ball and return it spinning perfectly from nearly a foot under the level of the table. Marie played defensively, letting her father overshoot the ball and occasionally placing her shot on the very edge of the table. She must have learned to play like that from years of facing the same stronger opponent. She was good.

She won in a protracted and technical overtime that Cameron failed to understand. Her father drew one small chalk line on a wall covered in scores of 5, referred to his gorgeous 17 year old daughter as “sport” and, noticing Cameron again with slight embarrassment, he wiped his brow and asked if he was hungry.

They spoke about ambition, abandonment, and something about the sheer promise that made up the night. He believed everything she said in a way that made the truth irrelevant. He thought about all the hours when the school slept and there was no one here and wondered what the coffin silence of that time sounded like. The wind swept in, fluttering the tarps that kept leaves off the rink and blowing Marie’s hair in her face. A solitary strand clung to her lips and tugged in the cold breeze. He kissed her, opening his eyes he saw her beautiful eyes closed, placid with passion, and the patchwork of suburban stars behind her. He skated away playfully, slowing down to taunt her and turning fluidly to skate backwards as she came closer and closer, following as quickly as she could and laughing. He stopped quickly and changed directions.
She tried to do the same but fell to the ice clumsily and began to grasp her knee and whimper. He skated over quickly and sat beside her. The scarred ice felt like the idea of hardness itself and gladly imparted its coldness to his body. He told her he loved her. He had been waiting a long time for the exact wrong time to tell her this. He wanted to make the truth work. Saying something about her prior bruise in the same place and fluid build up, she didn’t seem to hear him. Marie hobbled over to the bench holding onto his arm and began to take her skates off. They had half an hour left of the time they almost always used to the fullest. She said that she was going back to her dorm (Did he feel like walking her back? It’s really OK if he didn’t) and told him to enjoy himself in a tone that bespoke her genuine worry about this issue.

Through the thin aperture created by the top of the grey bench and the fluttering blue tarp, he watched her walking away on the stone path, carrying one skate in each gloved hand; she left the frame but he didn’t move his head, refocusing his eyes on the stars scattered sparingly like salt in the black sky. He remembered what his science teacher said, that if time were a hand, the slightest graze of a nail file would erase the period of human existence.

He tried to imagine himself as a tiny particle hurtling gently though senseless space just after the big bang. There it was: endless empty time and ceaseless space with no one there. He had been wrong before. Very wrong. The Capital of Sadness was everywhere, everywhere except where he was. Could you be somewhere you weren’t? How do you get to someplace where you don’t exist?

When his father first died he had spent hours on end in the hall closet among the smells of disuse radiating from the empty coats. Not to hide from anything, just because no one was ever there and it was so unlikely that he would be there that it seemed almost like he wasn’t.

He exhaled a long sigh and the cloud of breath hung before him like a ghost. Pushing off the boards, he skated away as fast as he could. He felt the oxygen flee from his screaming muscles but he only went faster. As he turned the corner, hearing his skates scrape through their angles as they slipped out from under him, deftly crossing his feet over to let them begin their graded descent again, inclining towards the ice with the controlled danger and aplomb of a tight rope walker, he began to pick up speed, and the exhaust cloud of his breath began to lag and trail behind him like a jet-stream that threatened to take off. He closed his eyes and felt himself reeling through space, lost and more than alone in an endless darkness. There was no one there to see him smile. The two thin threads his skates left in their wake chased his fleeing body, dancing in incising intermittent aureoles then setting hard into the jumbled and permanent memory of the ice. 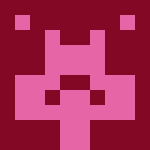 By Dylan Cutler and Megan Howell 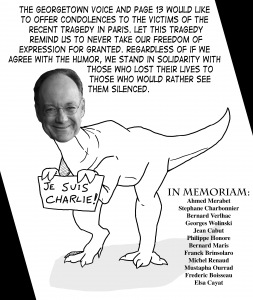